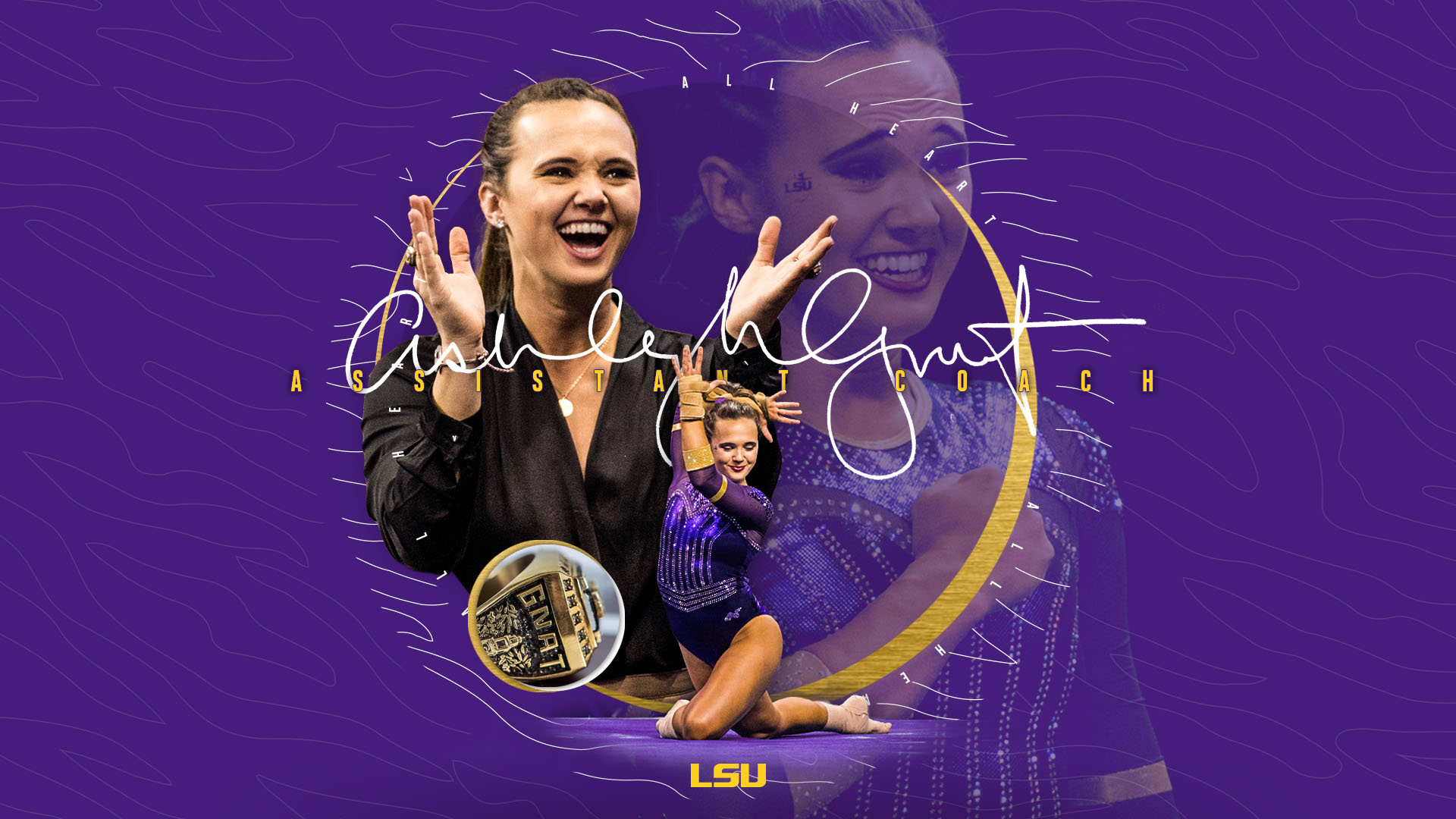 “It is an incredible honor and blessing to be named the assistant coach at my alma mater,” Gnat said. “I am grateful for my experience as a part of the staff at Penn State over the last year, where I learned a tremendous amount. Baton Rouge and LSU were home to me for six years, and it fills me with joy and excitement to be a part of this new chapter of LSU Gymnastics.”

A two-time graduate of LSU, Gnat will fill the role as the Tigers’ assistant coach alongside Bob Moore and volunteer coach Ashleigh Clare-Kearney Thigpen.

“I could not be happier to have ‘Bugs’ come back home to re-join us in this full-time capacity,” Clark said. “She has done what is necessary to pursue this career and has always conducted herself in a manner worthy of leadership and trust. She was one of the major faces for our team during the explosion in fan support, and I know our fans will love have her familiar face back in the PMAC helping to lead us toward championships.”

The 2017 AAI Award winner remained in Baton Rouge for two seasons working on the staff as a graduate assistant. She learned every facet of the program from community service and marketing to equipment and travel. Gnat landed her first full-time position in 2019 as an assistant coach at Penn State.

Gnat made an immediate impact in State College working primarily with the floor lineup. The Nittany Lions totaled a 49.045 National Qualifying Score on floor with five scores above a 49.000, including a season-best 49.375.

During her six years in Baton Rouge, Gnat was a part of the most successful stretch of the program’s history. The Tigers set the three highest finishes in school history during Gnat’s time and won five SEC Championships.

She brings a wealth of experience as one of the best gymnasts in school history. Gnat led the Tigers inside and outside of the gym as LSU’s nominee for the NCAA Woman of the Year Award and a finalist for the Honda Award.

Gnat set multiple records during her career in Baton Rouge, including the most floor titles in a single season and perfect scores in a career with nine. Gnat was the 2016 and 2017 SEC Specialist of the Year and Central Region Gymnast of the Year.

“Over 43 seasons, D-D has created and built this program from scratch, and the legacy she has left on our sport and on this university is legendary,” Gnat added. “As an athlete, she instilled in me a passion for this community and LSU. I am honored and excited that Jay has trusted me to continue building on the foundation that D-D poured her life’s work into.”

Gnat joins Clark, Moore and Thigpen to complete one of the top staffs in the country. The group has combined to coach 18 national champions and Gnat and Clare-Kearney captured NCAA championships as gymnasts at LSU.

“It just made sense at every level,” Clark added. “She is a known commodity to our staff, our team, our community and fans. She is a Tiger through and through, and will bring a passion for her alma mater with her. Truly, this was a no brainer, and was the absolute best choice for us to maintain stability while we seek to take our next steps towards the program’s ultimate goal of winning a National Championship.”

Gnat is the daughter of Ray and Joan Gnat. Ray competed for the LSU men’s gymnastics team and was an All-American. Joan was an Olympian on the 1972 U.S. National Team.