Paul Mainieri Has Hope for Baseball in 2021 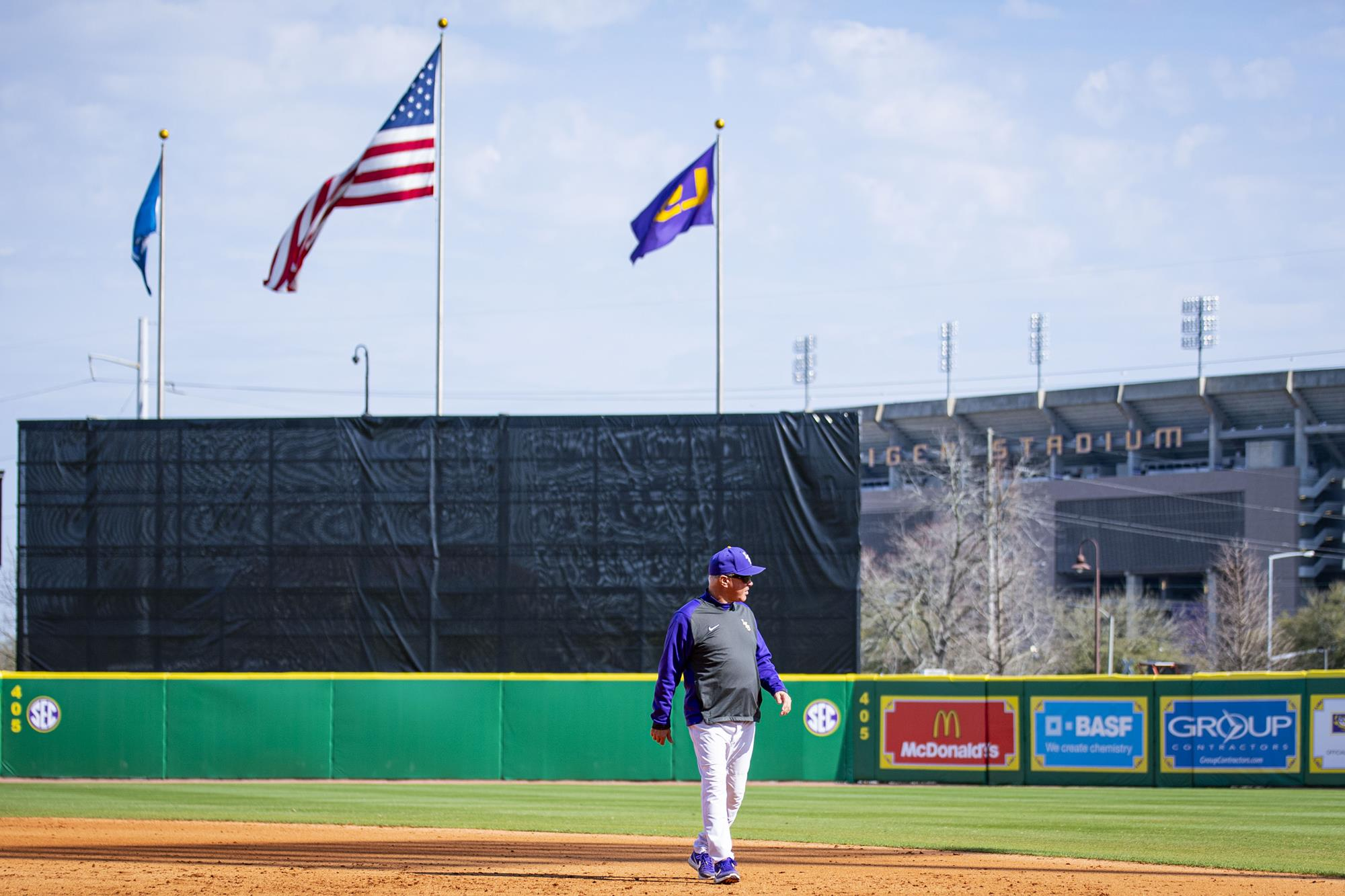 When it comes to baseball’s essentials, optimism ranks right alongside leather, grass, and sunshine as the sport’s most required components.

Paul Mainieri knows this more than most. To last six decades in this sport takes an exceedingly positive outlook. Even in the face of a pandemic that ended his 2020 season and makes 2021’s outlook uncertain, LSU’s head coach is optimistic that normalcy – or something close to it – is just around the corner.

Like the game he loves, the moment demands hope.

Paul Mainieri discusses the 2021 #LSU Baseball roster and provides an update on the program prior to the start of the fall semester. https://t.co/QiOsC69Fgk

“We’re planning on playing baseball in the spring,” Mainieri told media during a Zoom press conference Friday afternoon. “And that begins with having fall practice here at LSU. All of our plans are in place to do that, and until somebody tells us we’re not going to do that, we’re going to assume we’re doing to do it as normally we would.”

Okay, so maybe not “normally.” But Mainieri and his program have already adapted to the new normal of a post-pandemic world. That means there are a few changes for the Tigers, both already executed and planned for the upcoming weeks.

Before fall practice begins on September 20, LSU will undergo a six-week “ramp up” while following a strict and thorough COVID-19 protocol that mirrors what Major League Baseball has implemented with its franchises.

LSU’s players reported to campus on August 9, while the first-year players arrived on August 12. Both groups spent one week prior to arrival in quarantine and will spend an additional week in quarantine before beginning two weeks of strength and conditioning. After two additional weeks of individual workouts, the team can begin fall practice, which will run through October 30.

The changes don’t stop there. Other precautions include regulations against spitting and high fives, coaches wearing gaiters around players, and a new locker room layout.

Outside of practice, the program is educating the players on best-practice to maintain health in the community. Working with Shelly Mullenix, LSU’s senior associate athletic director of health and wellness, they’re up to speed on mask wearing, social distancing, and all the things they need to do in order to stay as healthy and safe as possible.

“I think our players are being very meticulous,” Mainieri said. “Everybody’s being cynical, telling me that a bunch of 18 to 22 year olds are not going to abide by all the restrictions, but I don’t know. I have confidence in these kids. I think it matters to them a lot. I think they’re going to follow the guidelines that we give them. They all seem very committed to doing the right thing.”

Other adjustments in the fall will be an increased focus on extended scrimmages. Rather than the four or five innings affairs of years past, this fall’s scrimmages could go as long as eight or nine innings. Mainieri would like to get his pitchers as many innings as possible, but a roster increase – college baseball rosters can field 40 players this year, to accommodate for last season’s early termination – means LSU has 18 position players available for the fall, or two full teams to scrimmage. They’ll separate into two dugouts, rather than the usual one, for social distancing purposes, but if it goes according to plan, there will be baseball in the Box this fall.

“We’re going to try to play as much like a regulation game as we possibly can, as frequently as we can,” Mainieri said. “So I think we’ll get a better look not only at the players that we haven’t seen much of, the new players, but also the returning players hopefully get some more at bats, and some players will emerge and show that they should be starting players for our team.”

As for what the spring could look like, Mainieri – like the rest of the world – isn’t sure exactly how things will look. He can’t answer questions about fans in the stands, non-conference scheduling (which hasn’t changed, to his knowledge), or any other uncertainty, because he doesn’t know yet.

But he does have hope.

“February 19 is pretty far off…We’re talking about six months from now, right before college baseball season is supposed to start, and hopefully there’ll be a lot of changes for the better in these next six months.”