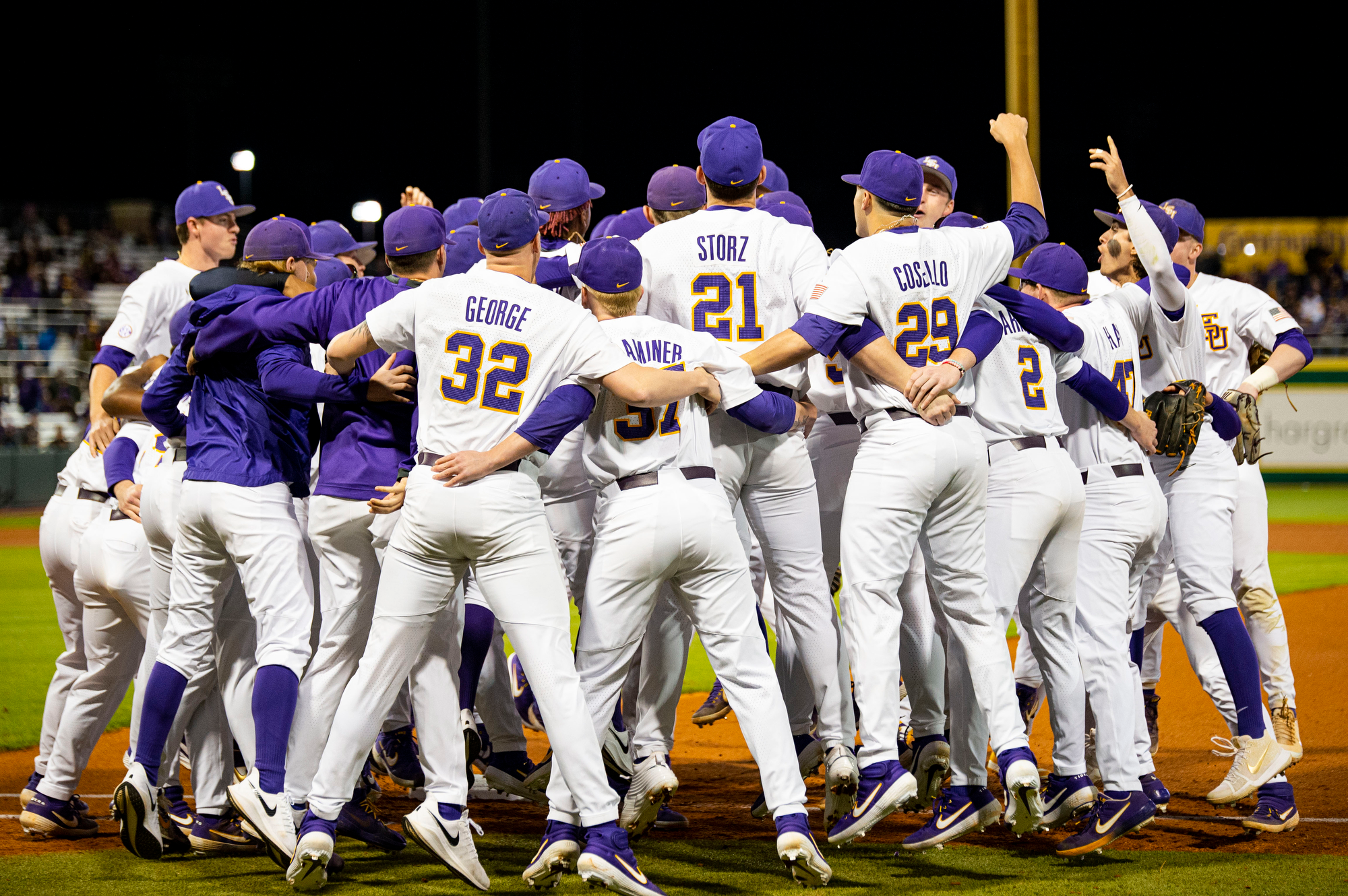 NOTE: LSU’s 2021 squad has reported to campus, and the players are engaged in taking physicals, attending meetings via Zoom and other preseason activities. The players next week will begin conditioning workouts, and individual practices will start at the end of August. The full-squad Fall practice session is scheduled to begin on Sunday, September 20. The first day of classes for LSU’s Fall semester is Monday, August 24.

“It is definitely great to see everybody during what is the craziest time of my life. The new normal has taken a lot of getting used to. I am so excited for a new year, as I always am. This will be my 39th season in college baseball, but there are still so many question marks out there. It seems like every day you hear about conferences and schools that are cancelling sports in the fall, and here we are hopefully going to play a football season and hopefully we will be able to play baseball in the spring.

“We plan on playing baseball in the spring, and that all starts with us getting things going in the fall. All of our plans are in place to do that and until somebody tells us we cannot do that, we are going to assume we will go on as normal as we can. However, there are a lot of adjustments to make sure that we are taking care of the players and keeping them as safe and healthy as possible. We are making adjustments as far as running practice. We now have a COVID-19 Policy Manual for baseball that we put together that is very similar to Major League Baseball’s. Which means no high- fives, no spitting, and keeping the gaiter around your neck before placing it over your mouth and nose when in close contact with other players.

“We are using two dugouts this fall for our intra-squad games as opposed to everybody working out of one dugout. We will keep pitchers and other players who are not involved in the game spaced out in the stands so that they are not in contact with each other. Even the ways we have assigned lockers have changed. We used to have all the pitchers in the same area and the position players in the other half of the room. Now, we are alternating pitcher and position player so that we can send the pitchers home early from practice and then when the position players and the two pitchers that close out the scrimmage come in, they will be more spread out.

“We are doing everything we can think of to control the health of the players while they are under our control. We also are trying to educate the players on what to do when they are away from the game.

“Outside of all that, it is business as usual in trying to develop a championship team. I think we have the makings of a really good team. Last year, unfortunately, the season was cut short after 17 games. I would have loved to see all the young players that we had in the program get through a SEC schedule as that would have given them great experience.

“Several of our players went off and played in the summer leagues. (LSU hitting coach) Eddie Smith deserves a lot of credit for that. He had the responsibility of placing kids this summer, and he was like Houdini. One league would cancel, and he would move them to another league. We ended up having several players play this summer and they all played extremely well. So, a lot of players were still able to gain some good experience this summer. All in all, I feel very excited about getting back to fall practice especially with having so many new players combined with the veterans we have.”