Barbaree, Winstead Advance to Round of 32 at 120th U.S. Amateur 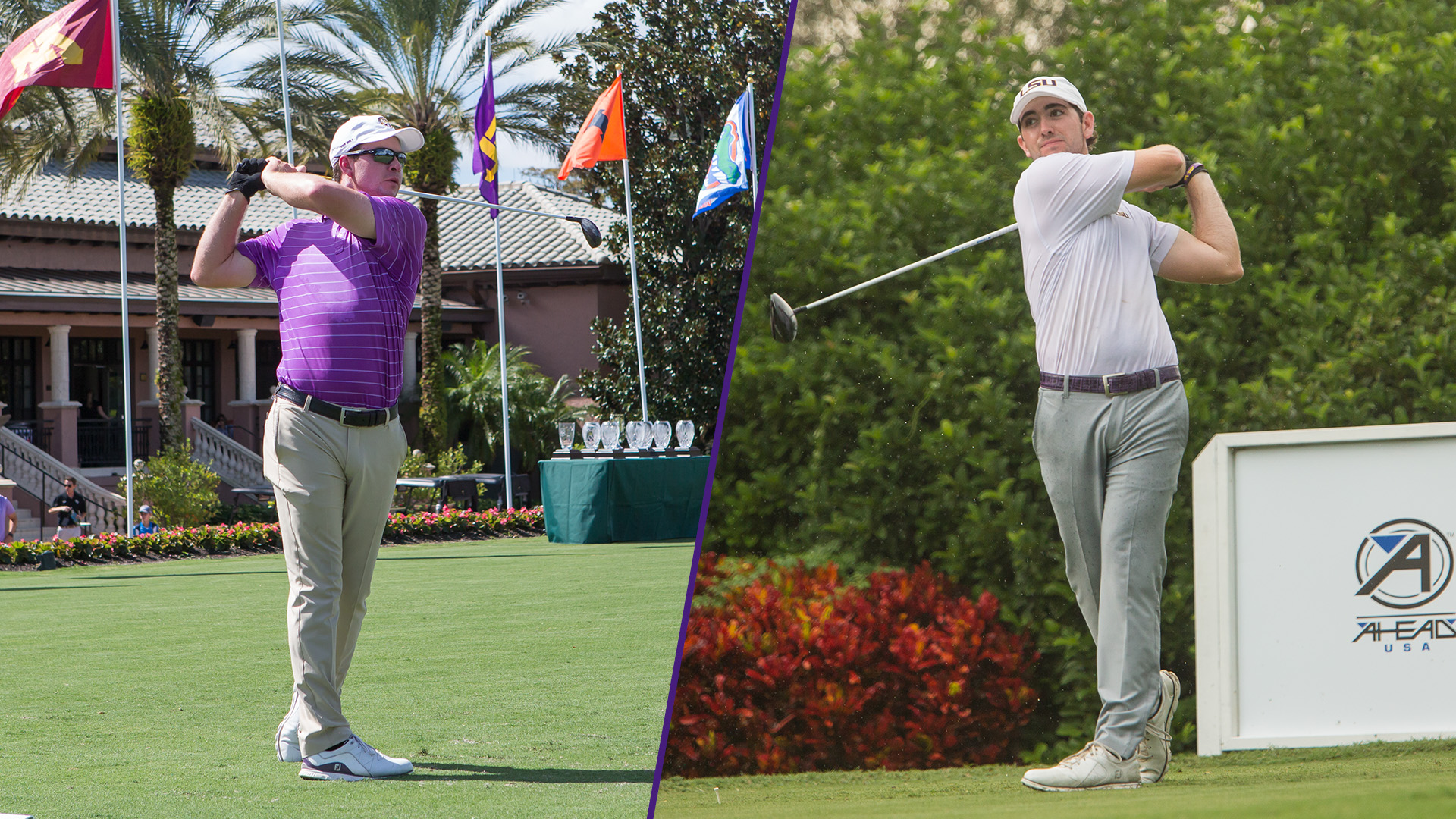 Bandon, Ore. –Philip Barbaree and Trey Winstead both won their matches Wednesday afternoon at the 120th U.S. Amateur at Bandon Dunes, advancing to the Round of 32. LSU is one of only five schools in America to have two players advance to the Round of 32.

Barbaree never trailed in his match, but he still needed 19 holes to put away Turk Pettit. Barbaree took a 1 UP lead into the 18th hole, but Pettit birdied the Par 5 18th forcing extra holes. Barbaree carded a par on the 19th hole of the match and Pettit was unable to match the score, therefore sending Barbaree to the next round.

Winstead won 2&1 against Kevin O’Connell. Winstead came out strong moving to 3 UP after six holes, O’Connell tied the match on the 13th hole. Winstead earned wins on the 14th and 16th holes to go 2 UP before he and O’Connell both parred the 17th hole to conclude the match.

Garrett Barber was unable to advance out of the 18-man playoff to get into match play on Wednesday morning. He parred the first hole, but failed to birdie the second, eliminating him from competition.

Barbaree is set to tee off for the Round of 32 Thursday morning at 10:30 a.m. CT in a match against Frankie Capan. Winstead will take the tee against Davis Lamb at 11:10 a.m. CT. Thursday’s action will feature the Round of 32 and Round of 16. Barbaree and Winstead will need to secure wins in their morning round to advance to the afternoon session.