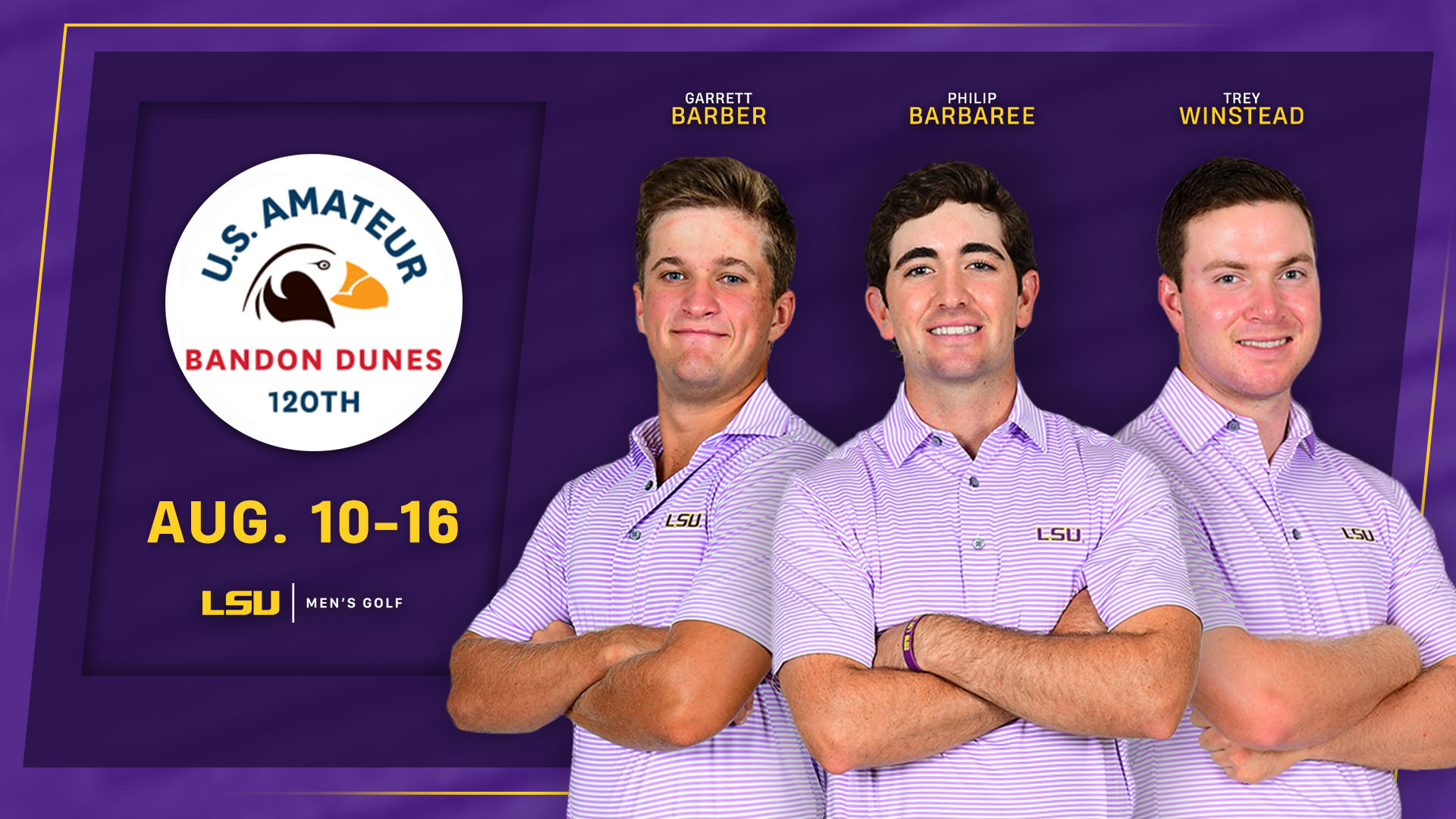 The field is made up of 264 players that will be playing two rounds of stroke play on Monday and Tuesday at the Bandon Dunes and Bandon Trails courses. Bandon Dunes will serve as the match play venue. After 36 holes of stroke play, the top 64 golfers will advance to match play, which will begin on Wednesday.

This will be the sixth U.S. Amateur appearance for Barbaree dating back to his debut in 2015. Barbaree won the 2015 U.S. Junior Amateur when he defeated Andrew Orischak. Barbaree has made match play at the U.S. Amateur in two of the last three years.

Barber, the 2018 U.S. Amateur Four-Ball champion, will be playing in his third U.S. Amateur. He made it to the Round of 32 in match play in 2017 at The Rivera Country Club. Barber won the 2018 Jones Cup, which earned him a bid to play in the 2018 RSM Classic on the PGA Tour as an amateur.

Winstead will be playing in his second-career U.S. Amateur. His only other appearance in 2018 saw him reach the Round of 32 at Pebble Beach Golf Links. Winstead has had a stellar summer on the amateur circuit by advancing to match play at the North and South Amateur, finishing tied for third at the Sunnehanna Amateur and advancing to match play at the Western Amateur.