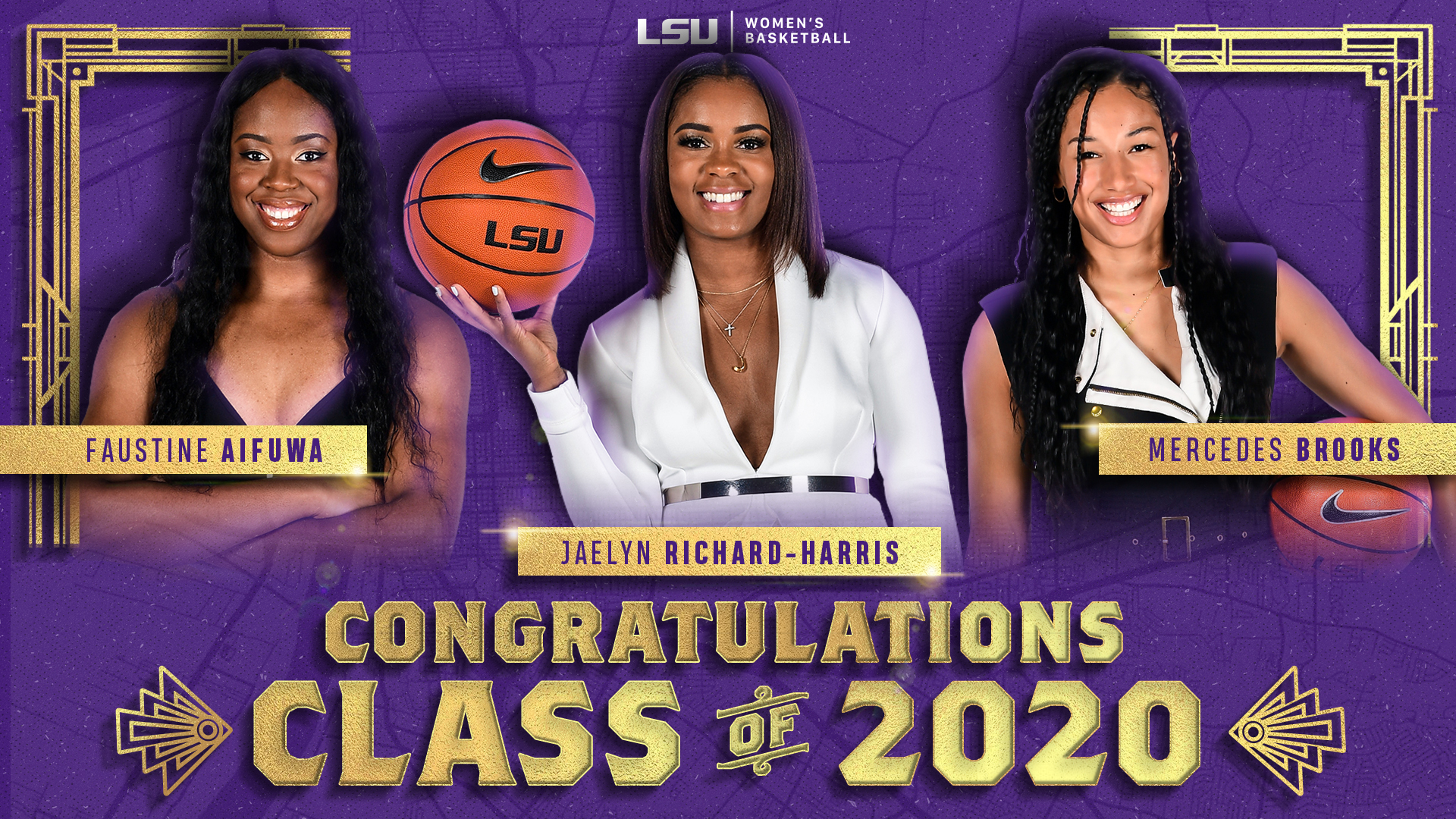 “We are so proud of Faustine, Mercedes and Jaelyn,” said LSU women’s basketball head coach Nikki Fargas. “All of their hard work puts them in an elite group who claim the title of LSU Women’s Basketball Tigers for Life. It will be an honor for Faustine to wear the SEC Graduate patch this season. And we are excited for Mercedes and Jaelyn as they begin new chapters in their lives.”

Aifuwa, a 2020 SEC All-Defensive Team honoree, will be one of two players to wear the SEC Graduate patch on her uniform in the upcoming 2020-21 season, joining Rakell Spencer who earned her bachelor’s degree in the Spring. The Dacula, Georgia, native has been the Tigers’ starting center for the past three seasons after sitting out her freshman season with a knee injury. She averaged 10.9 points and 7.9 rebounds, while shooting 45.9 percent from the field in 2019-20. Aifuwa is one of the top shot blockers in LSU history with 151. She earned her bachelor’s degree in Interdisciplinary Studies.

Brooks, a two-year letterwinner for LSU, was a role player for the Tigers. The Wichita Falls, Texas native played in 59 games and earned seven starts for the purple and gold. She was one of the top free throw shooters on the team each season, finishing with a 76.6 percentage over two seasons. Brooks graduated with a degree in Sports Administration.

Richard-Harris was a four-year letterwinner for LSU and served the past two years as the Tigers’ representative on the SEC Women’s Basketball Leadership Council. The Houston native was the starting point guard for LSU over parts of her last three seasons in Baton Rouge. She played in 116 games and made 63 starts over four seasons. Richard-Harris finished with a 77.8 career free throw percentage and was 33.7 percent from three-point range. The three-time member of the SEC Academic Honor Roll graduated with a Kinesiology degree with plans to become a physician’s assistant.