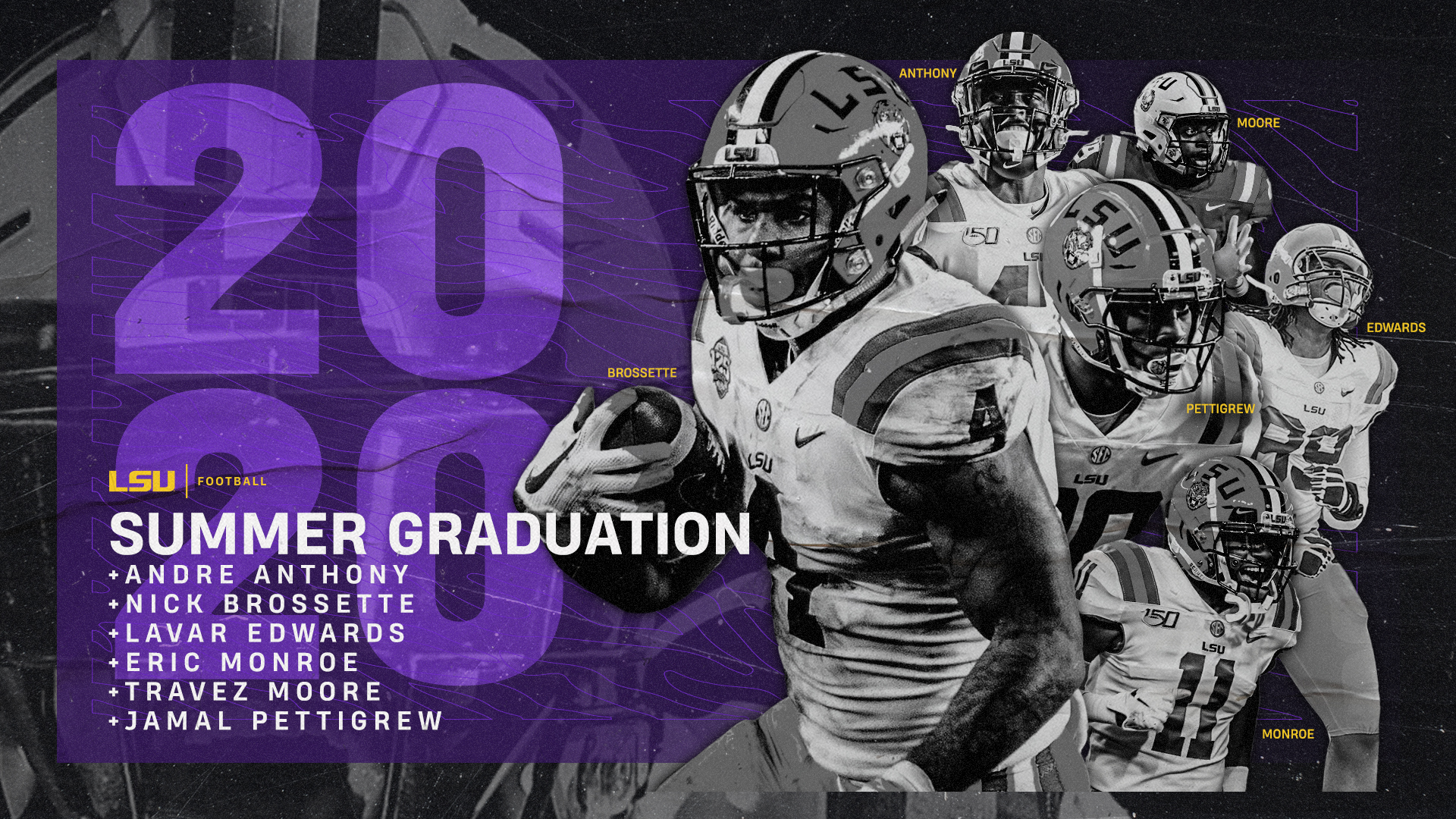 BATON ROUGE – Six LSU football players, including two that were part of the school’s “Project Graduation” program, received their college diploma on Friday as the university held its summer commencement with a virtual graduation celebration.

The list also includes a pair of formers Tigers in running back Nick Brossette and defensive end Lavar Edwards who were both part of “Project Graduation”, a program administered by the Cox Communications Academic Center for Student-Athletes that assists former LSU student-athletes return to school in order to finish their degree requirements.

“I want to thank LSU for allowing me to come back and graduate with a degree in sports administration,” Brossette said. “This is one of the proudest moments of my life. I wouldn’t have been able to do it without the support of the Cox Academic Center for Student-Athletes. I am excited to enter into the LSU alumni family.”

Edwards was drafted in the fifth round of the 2013 NFL Draft by the Tennessee Titans and spent five years in the NFL. Brossette, who rushed for over 1,000 yards in helping LSU to a 10-3 mark and a victory in the Fiesta Bowl in 2018, is pursuing a career in pro football.

“We are very proud of the accomplishments and dedication displayed by our Project Graduation graduates,” said Jason Shaw, who oversees the program for the Academic Center for Student-Athletes. “To have the opportunity to work with them as student-athletes and now as professionals is an honor and a privilege.  We are excited for what lies ahead in their professional careers.”