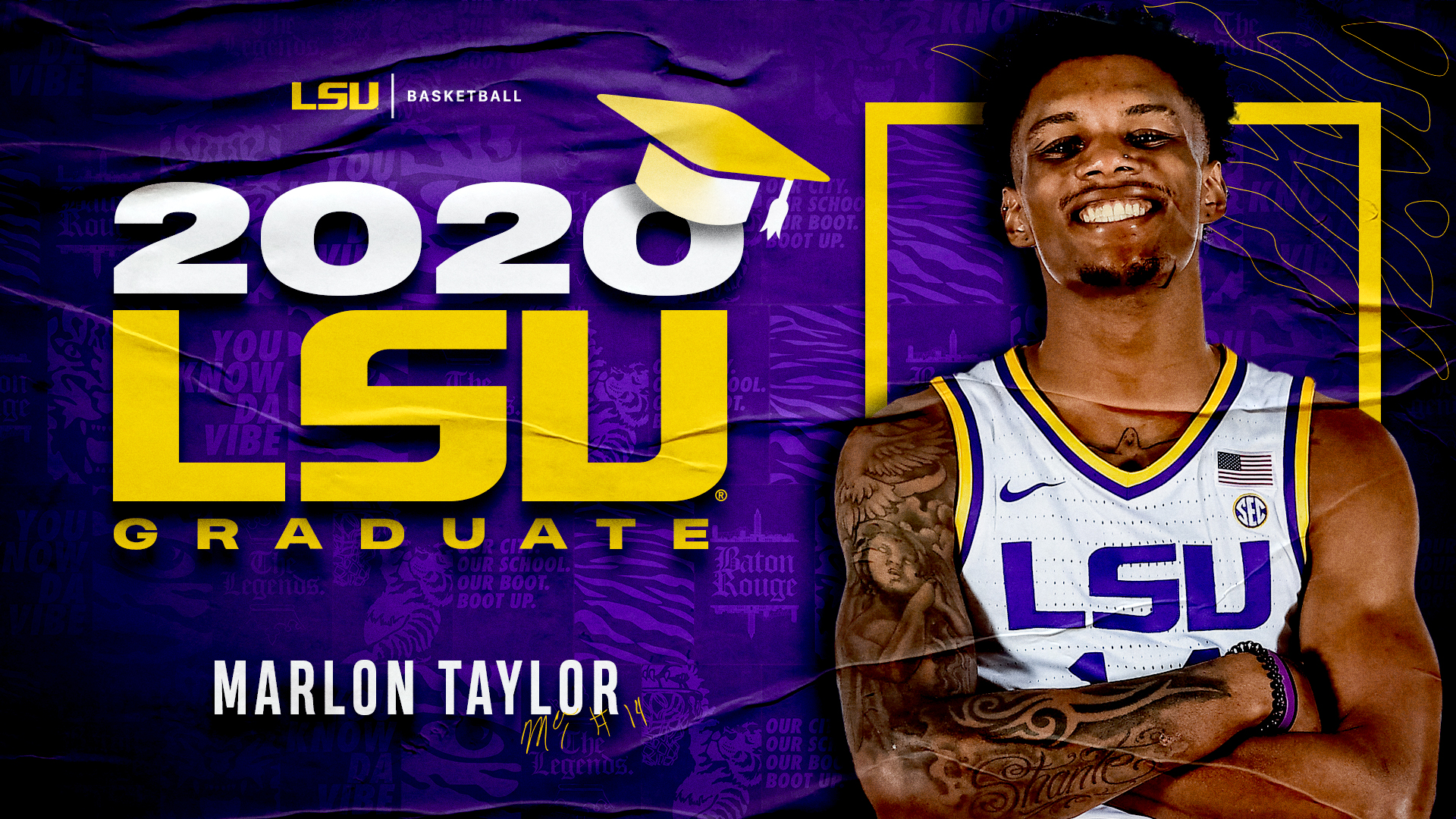 BATON ROUGE – LSU Basketball player Marlon Taylor, who played on Tiger teams that finished first and second in back-to-back Southeastern Conference seasons in 2019 and 2020, officially graduated from LSU on Friday in the summer virtual ceremony in which degrees were conferred.

Taylor was a two-year letterman for Coach Will Wade at LSU after joining the Tigers prior to the 2018-19 season after finishing his sophomore year at Panola College. The 6-6 guard is a native of Mount Vernon, New York.

Taylor graduated with a Bachelor of Science degree in sports administration from the College of Human Sciences and Education.

As a junior in 2018-19, Taylor started 24 games and averaged 6.7 points and 3.6 rebounds a game. With a 42.5-inch vertical leap, Taylor was one of the tops at taking alley-oop passes for spectacular dunks which delighted LSU fans, two of which made ESPN SportsCenter’s Plays of the Day.

His senior season was slowed by surgery on his left leg which limited him to 21 games. But he had his best career game in the final game of his LSU career to close the regular season, making 10-of-17 field goals, with three treys, in scoring 30 points in a 94-64 win at home over Georgia.

He played 56 total games in his two years at LSU, averaging 6.4 points with 27 total starts.

Taylor is the third senior to graduate following the 2020 season from the LSU Basketball team as Skylar Mays and Marshall Graves each received their diplomas in virtual ceremonies in May.

The Tigers were 16-2 in the SEC to win the 2019 league championship and advance to the NCAA Sweet 16. LSU won 12 SEC games in 2020 to tie for second when the season was halted after the first night of the SEC Tournament.