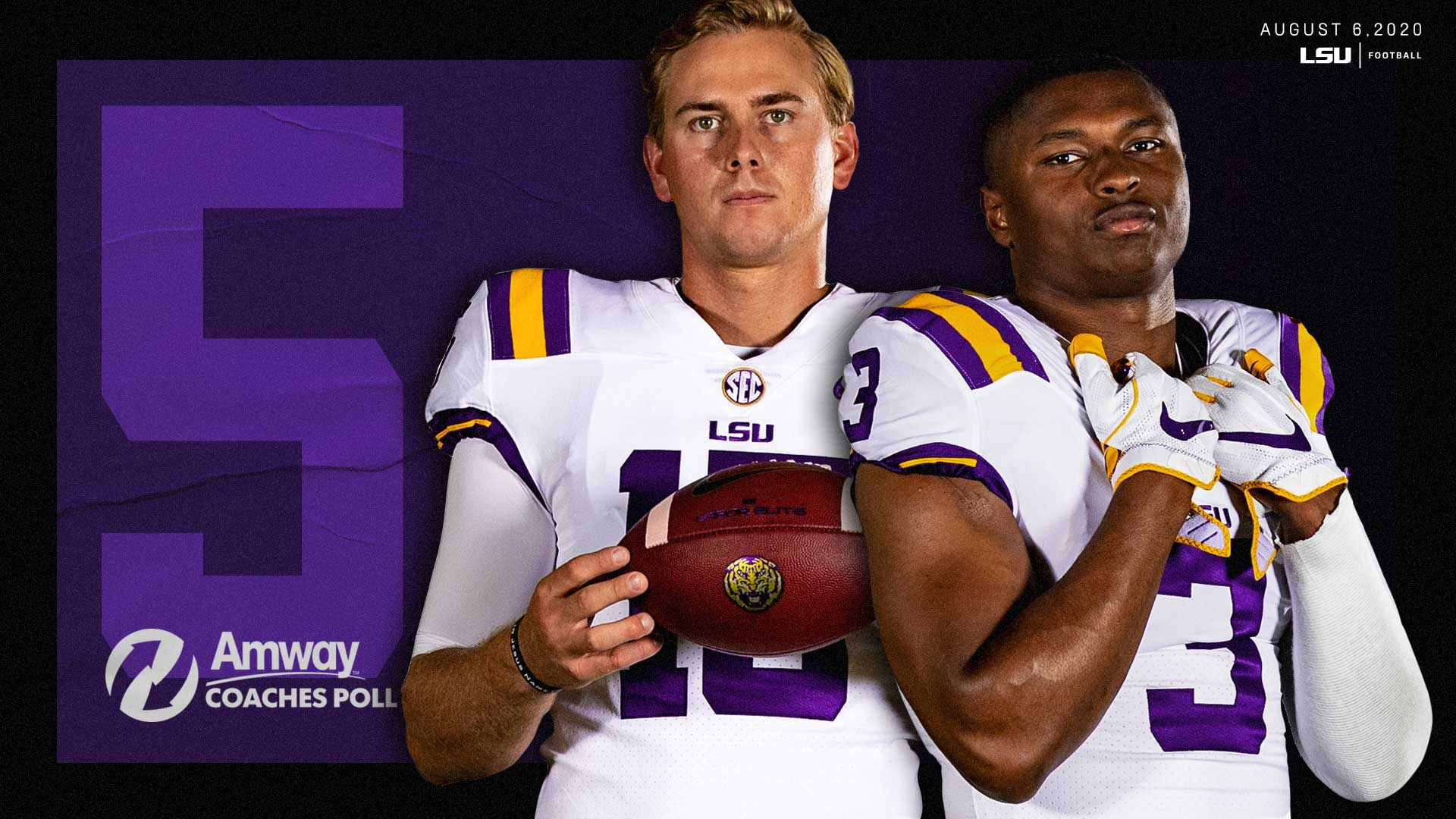 BATON ROUGE – LSU, winners of the 2019 national championship, enters the 2020 season ranked No. 5 in the Amway Coaches Poll which was released on Thursday by USA Today.

The Tigers are coming off the most dominant season in college football history a year ago after posting a 15-0 mark and winning 12 games by double-figures. In 2019, LSU became the first team in the history of the Associated Press poll to beat seven Top 10 teams in one year.

The Tigers claimed the school’s fourth national title in football with double-figure win over No. 4 Georgia in the SEC Championship Game, followed by a 63-28 victory over No. 4 Oklahoma in the College Football Playoff Semifinal and then a 42-25 win over No. 3 Clemson in the national championship.