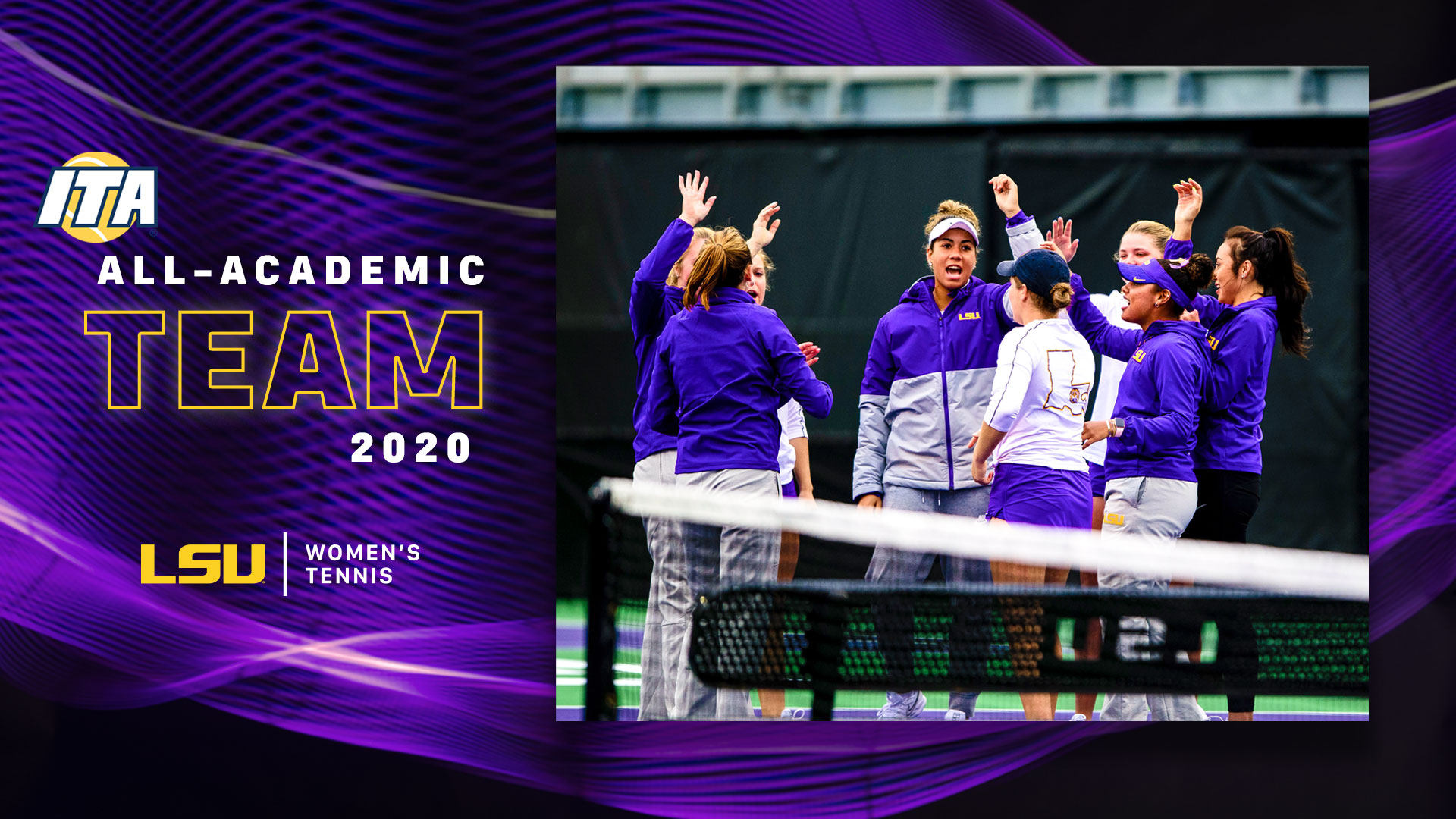 BATON ROUGE – The LSU women’s tennis team was recognized both as a team and individually in the 2020 ITA Division I Women’s All-Academic Teams and Scholar-Athletes Awards, the Intercollegiate Tennis Association announced.

As a program, LSU was selected as one of the All-Academic Teams. To be eligible, the team must have had a grade point average above a 3.2, with the Tigers having finished the spring semester with a 3.57 GPA.

“We’re extremely proud of our entire team for their achievements in the classroom,” co-head coach Michael Sell said. “They strive for excellence both on and off the court and proudly represent our LSU Family’s atmosphere.”

Individually, three players were recognized as an ITA Scholar-Athlete. Juniors Eden Richardson and Luba Vasilyuk were joined by freshman Nina Geissler as the representatives for the Purple & Gold. To be eligible, athletes must have finished the 2019-20 academic year with a 3.5 or above GPA.

“I’m thrilled that Eden, Luba, and Nina were recognized for their hard work during the academic year,” Sell said. “It’s well deserved and speaks of their character.”