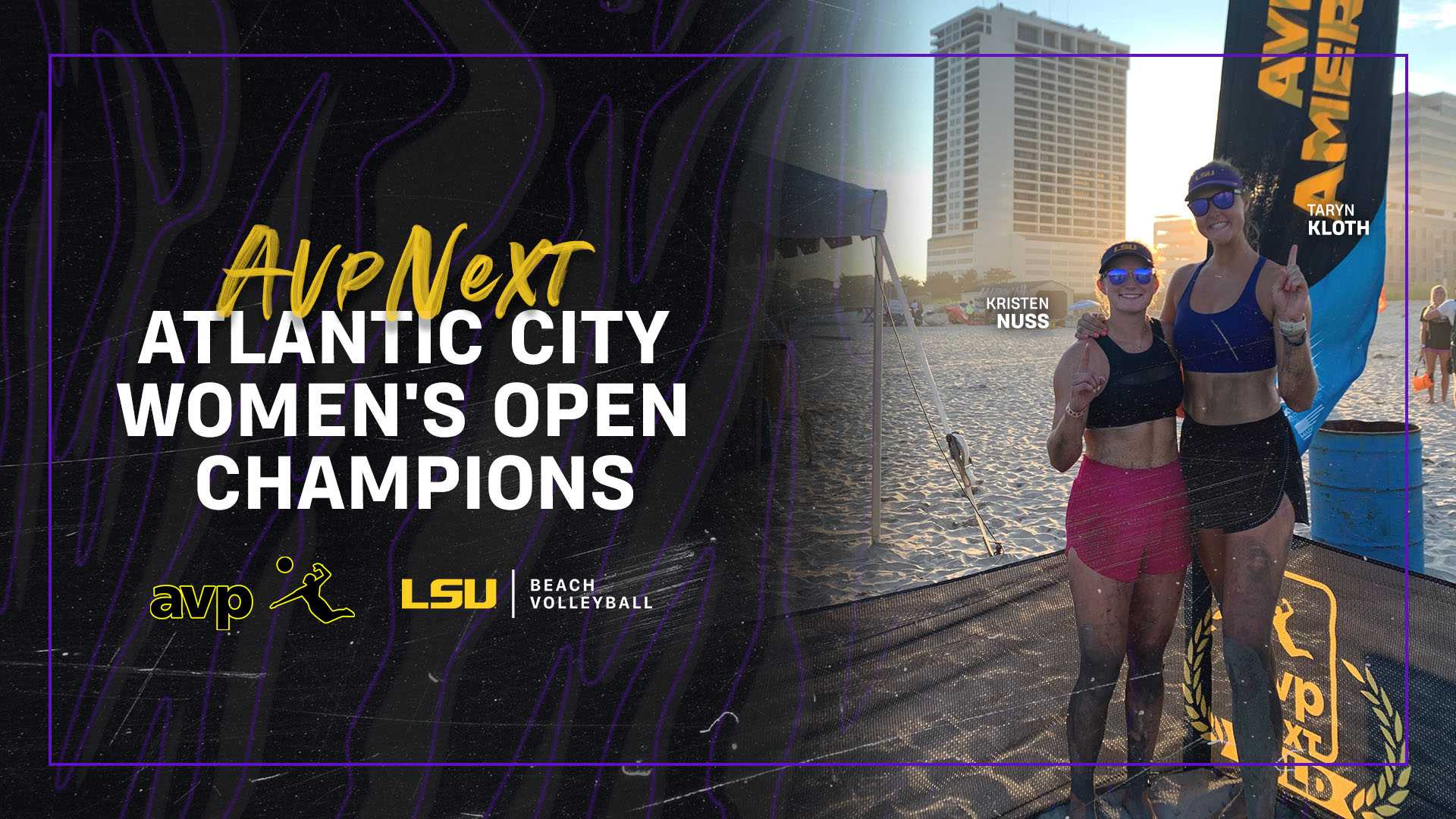 Kloth and Nuss did not drop a set throughout the entire event which included two pool play matches and five matches in bracket play.

Through sunshine and rain, Kloth and Nuss excelled, playing nearly perfect beach volleyball all weekend. The duo from LSU earned a spot in the main draw with sweeps in two matches during pool play over pairs featuring Madelyne Anderson from Florida State and Lexy Denaburg from UCLA along with Sarah Harper and Bree Scarbrough, a former AVCA Rookie of the Year candidate.

Kloth and Nuss went straight into bracket play later on Friday and got it started on the right note with a dominant victory over Abbey Roam and Lina Russo, 21-11 and 21-9, putting them in a spot where four wins on Saturday would earn them the championship.

On Saturday morning Kloth and Nuss picked up right where they left off, sweeping Jessica Gaffney and Chelsey Ross. Gaffney has been playing AVP events since she left Cal as has Ross since she left Georgia State. Ross was a part of the CCSA Pair of the Year in 2017, the last time a pair other than Nuss and Claire Coppola won that award. Kloth and Nuss advanced, winning 21-16 and 22-20.

In the third round of bracket play, Kloth and Nuss squared off against Southern Cal commits Delaynie Maple and Megan Kraft, once again winning in straight-sets, 22-20 and 21-19, to propel the LSU pair to the semi-finals against a familiar foe.

Katie Dickens (formerly Katie Lindelow) helped lay the groundwork of the LSU Beach Volleyball program as a member of the inaugural team in 2014 and remained on the team as a senior when Nuss was a freshman in 2017. Since graduating from LSU, Dickens has excelled in the sand, winning multiple events. Dickens and her partner, Carly Skjodt of Pepperdine, played Kloth and Nuss closely in the semi-final, but ultimately the current Tigers came out on top, 21-19 and 21-19, to advance to the championship match in Atlantic City.