Ernst & Sagstrom in Field For LPGA Restart At Inverness Club 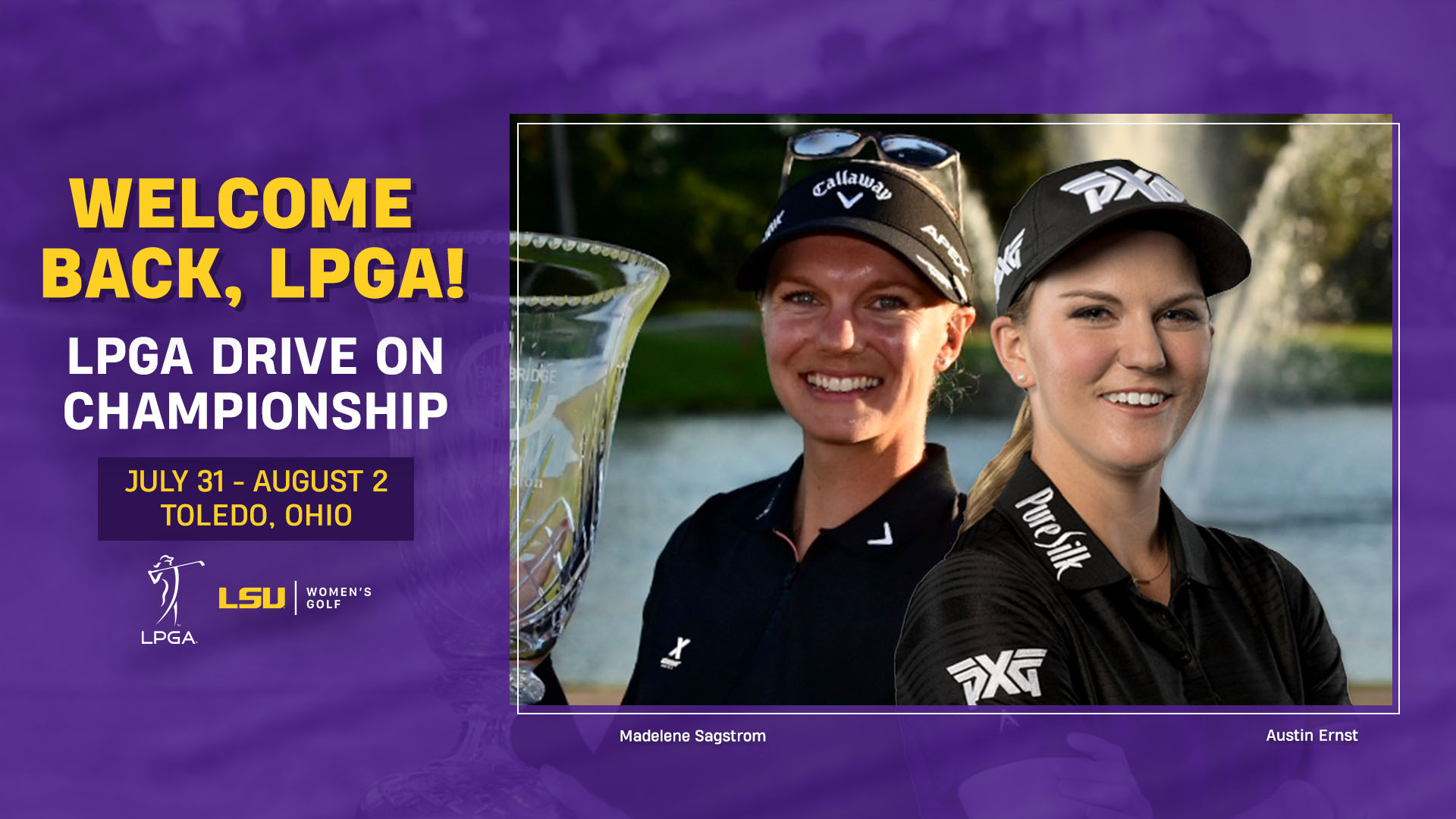 BATON ROUGE, La. – Former LSU women’s golfers Austin Ernst and Madelene Sagstrom will be in the field when the LPGA restarts the 2020 season at the LPGA Drive On Championship at Inverness Club in Toledo, Ohio on July 31-August 2.

Sagstrom earned her first LPGA tournament win back in January at the Gainbridge LPGA at Boca Rio, bringing her career earnings over one million dollars. The four-year member of the Tour went on to place in the top-25 of the ISPS Handa Vic Open (T20) and ISPS Handa Women’s Australian Open (T25) in February before the COVID-19 pandemic suspended the 2020 season.

Ernst, in her seventh season on the Tour, started the 2020 season off with a tie for 19th place at the Gainbridge LPGA at Boca Rio. Six of her eight rounds played in 2020 were under par, which ranks fifth in the LPGA stats. A three million dollar career earner, Ernst has 22 top-10 finishes over her career.

Play begins at Inverness Club on Friday morning with Sagstrom scheduled to tee off at 7:11 a.m. CT, followed by Ernst, the 2011 NCAA Champion, at 11:55 a.m. CT. Inverness Club will be the site of the 2021 Solheim Cup.

The Golf Channel will carry coverage all three days, beginning on Friday at 8 a.m. CT. Fans can follow the leaderboard at LPGA.com.

The Tour will stay in Ohio for the Marathon Classic presented by Dana at Highland Meadows Golf Club in Sylvania, Ohio, August 6-9, before heading to Scotland for the Aberdeen Standard Investments Ladies Scottish Open that starts on August 13, followed by the AIG Women’s Open in Troon, Scotland on August 20.