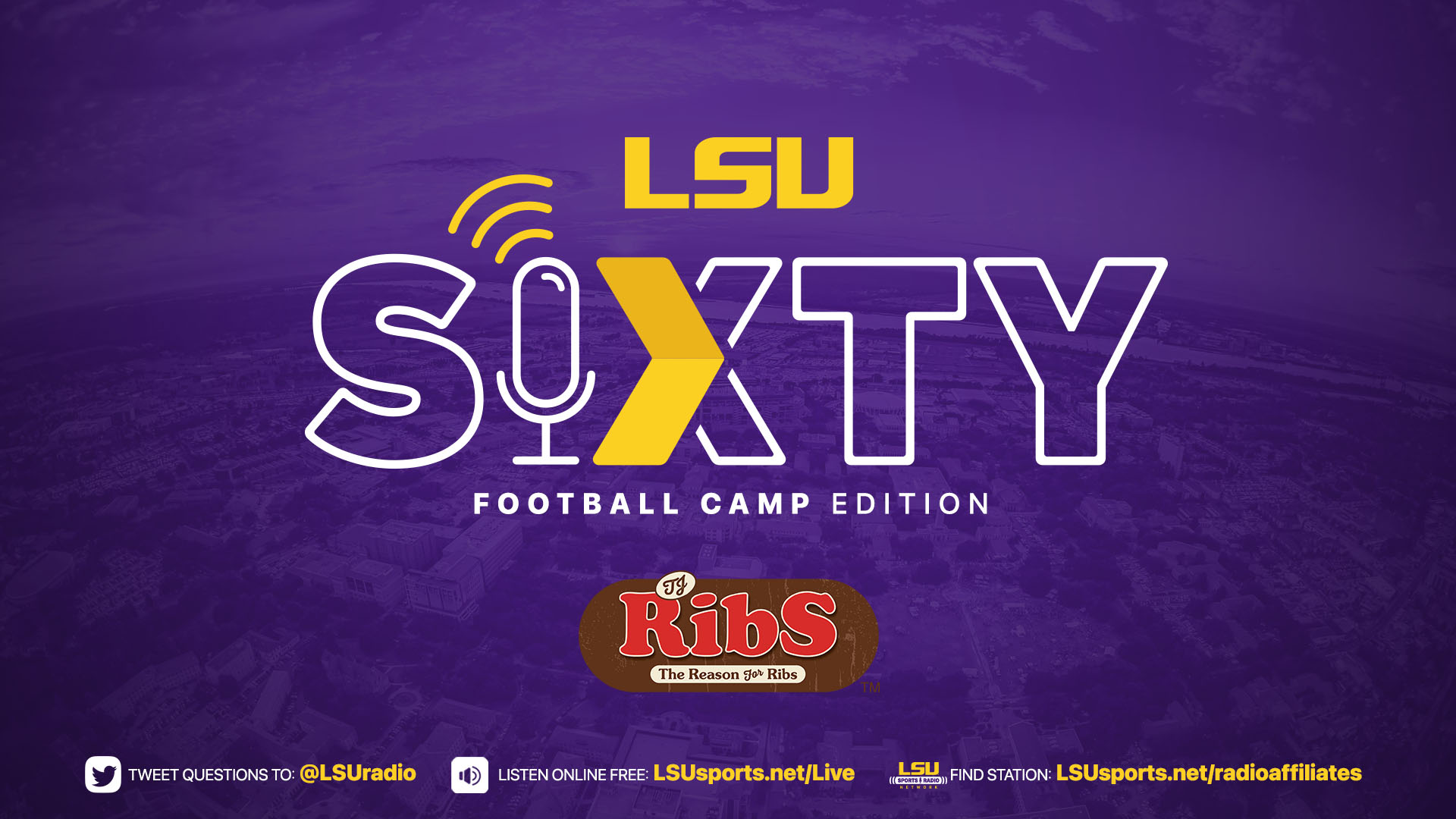 LSU Sixty: Football Camp Edition will air twice a week on Mondays and Thursdays for four weeks leading up to the first Ed Orgeron Show, which is scheduled for Wednesday, Aug. 26 at TJ Ribs. Each week a member of the LSU coaching staff along with a player will join the one-hour show.

Hosted by the Voice of the Tigers Chris Blair and Gordy Rush, Thursday’s show will feature LSU defensive line coach Bill Johnson along with a wide receiver Terrace Marshall Jr.

In addition, LSU Director of Ticket Sales and Operations Brian Broussard will join the show to discuss the school’s recent move to mobile ticketing for the 2020 season.

LSU Sixty: Football Camp Edition presented by TJ Ribs will air from 7-8 p.m. CT on Mondays and Thursdays for four weeks during the preseason. The final show will air Thursday, Aug. 20.

LSU Sixty: Football Camp Edition will air on affiliates of the LSU Sports Radio Network including Eagle 98.1 FM in Baton Rouge, SiriusXM, and will also be streamed on LSUsports.net/live.