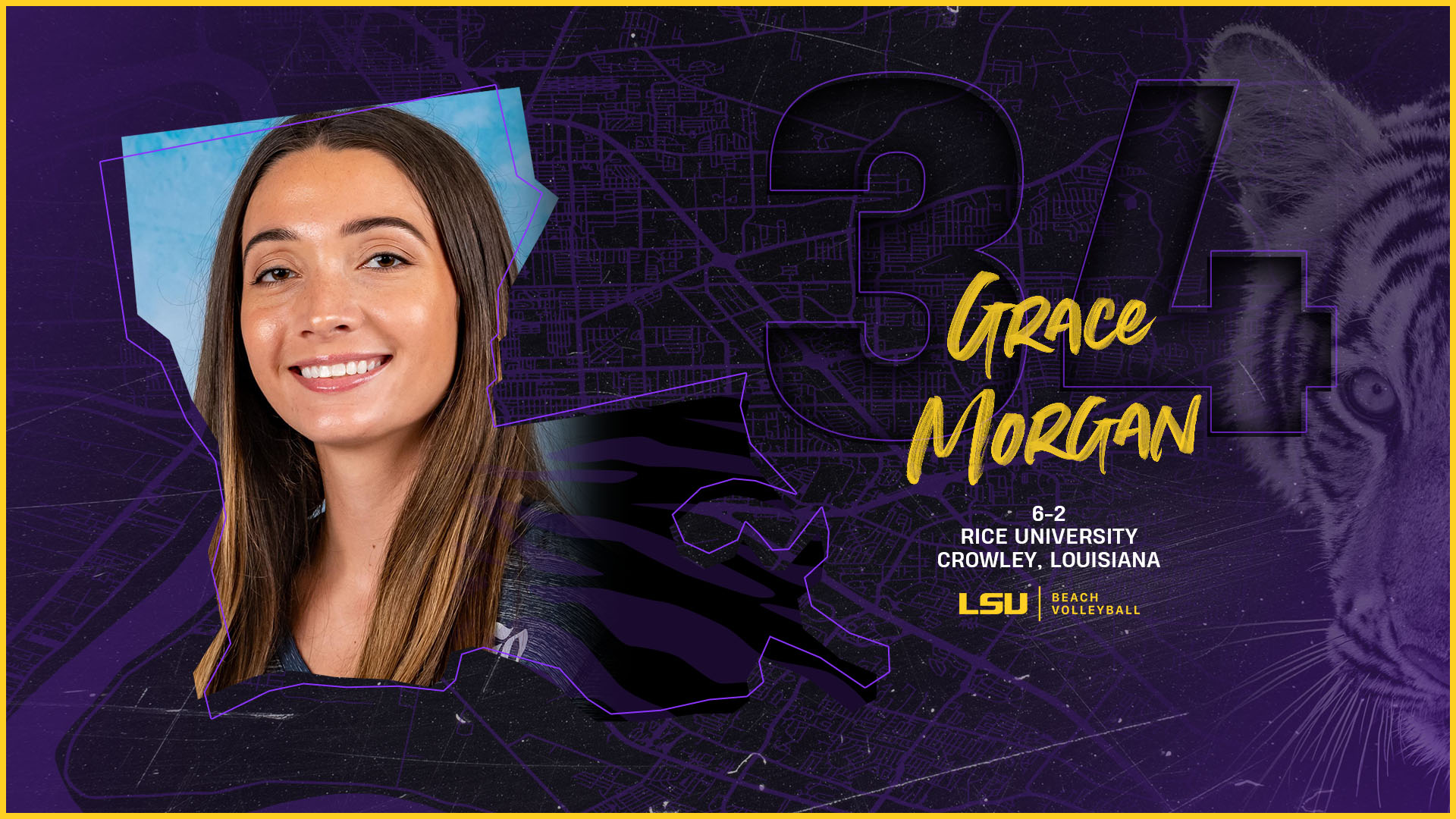 The Crowley, Louisiana native is returning home with one year of eligibility remaining after excelling at Rice for four years. Morgan finished her indoor career with Rice’s top-hitting percentage (.354), sixth most block assists (357), seventh most total blocks (431) and eighth most solo blocks (74).

“We are excited to add Grace to our program,” Brock said. “She’s coming off an incredible indoor career and will bring great talent and athleticism to our team. There’s no doubt she will increase our ability to train and compete at a high level.”

Morgan attended Notre Dame High School where she helped lead her team to district championships in 2012-15, including a Louisiana State Title in 2012 when she was named the LHSAA State Volleyball Tournament MVP. As a senior, Morgan earned a spot on the Under Armour All-America watchlist. An all-around athlete, Morgan placed third at state in the high jump in 2014 and 2015.

As a Louisiana native, Morgan has LSU ties that include her father, John Morgan, who played football for the Tigers from 1988-92, and her first cousin, Annie Simoneaux, threw javelin for LSU from 2012-15.

“Grace also knows and understands what it means to be a Tiger,” added Brock. “Her LSU family legacy will allow her to integrate quickly and add to our culture of success.”

The Tigers’ newest addition was one of 30 CLASS Award nominees as one of the most outstanding senior student-athletes across the nation. Morgan earned a spot on the Conference USA Commissioner’s Honor Roll following both her freshman and junior seasons.