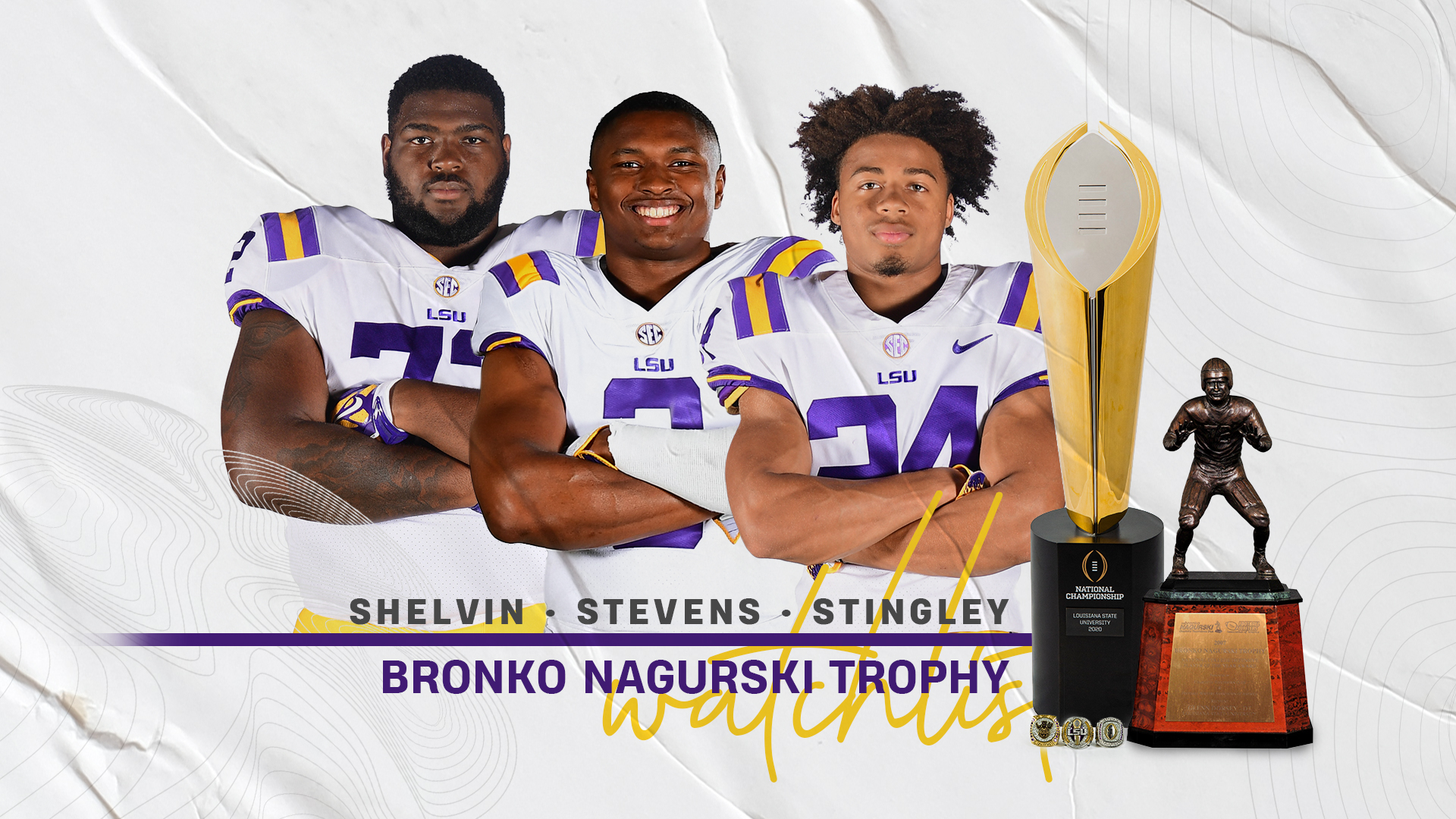 The Nagurski Trophy Watch List includes 98 defensive standouts from 66 schools in all 10 Division I FBS conferences plus independents. The award is presented annually to the defensive player of the year in college football.

As a true freshman in 2019, Stingley was the top rookie in college football, earning consensus All-America honors in helping the Tigers to a 15-0 mark and the national title. Stingley led the Southeastern Conference in both interceptions (6) and passes defended (21).

Stevens, who enters his third season as a starter in the secondary for the Tigers, earned SEC Defensive Player of the Week three times in 2019 and was a second team All-SEC selection. He ranked second on the team in tackles (92) and sacks (5.0) and added 9.0 tackles for loss.

Shelvin had a breakout year for the Tigers in 2019, starting 14 times and finishing with 39 tackles and 3.0 tackles for loss.

Glenn Dorsey is LSU’s only Nagurski Trophy winner, capturing the honor in 2007.