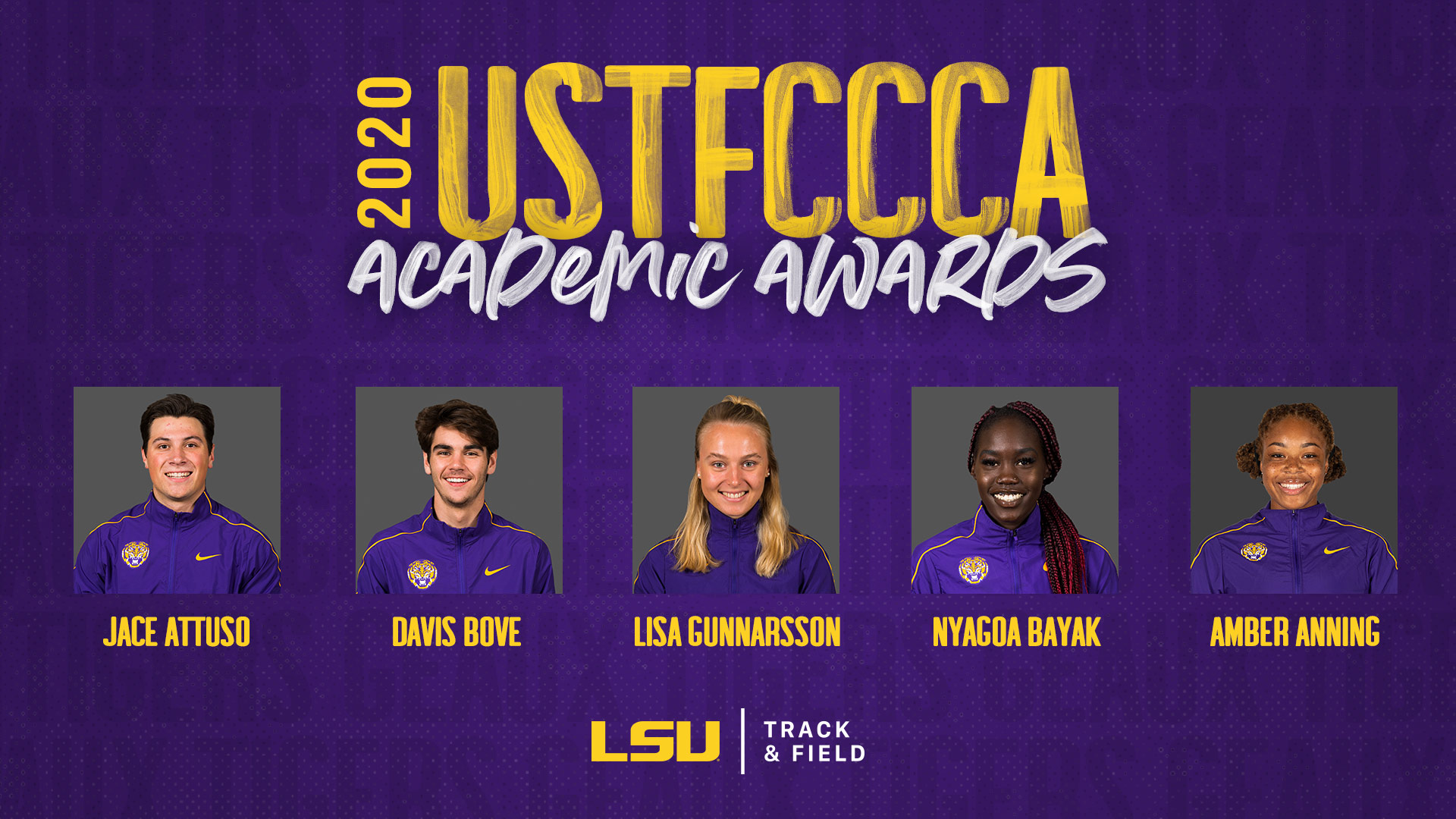 Baton Rouge, La. – The U.S. Track & Field and Cross Country Coaches Association academic awards were released on Thursday and LSU had five individuals recognized for their performance in the classroom and in competition this season. The LSU women’s team was named an all-academic team as well.

Lisa Gunnarsson, Amber Anning, Nyagoa Bayak, Jace Attuso, and Davis Bove were LSU’s five honorees. In order to earn individual recognition, student-athletes had to have a cumulative GPA of 3.25 or higher and rank inside the top 96 of an event on the NCAA Division I descending order lists from the indoor season.

Gunnarsson (pole vault/No. 6), Bayak (high jump/No. 6), and Anning (400 meters/No. 10) were all poised to represent LSU at the NCAA Indoor Championships in their respective events while owning top-10 rankings nationally. Attuso had the 67th best long jump in America this year, and Bove ranked No. 91 in the NCAA in the mile.

It’s the second career academic honor from the USTFCCCA for Gunnarsson, while it’s the first for Anning, Bayak, Bove, and Attuso. Gunnarsson was also named a CoSIDA First Team Academic All-American in June.

The women’s team checked in with a cumulative GPA of 3.18 to earn the award under head coach Dennis Shaver. A minimum GPA of 3.0 or better was required for teams to be honored.