Getting To Kneaux: Ericka Lavender 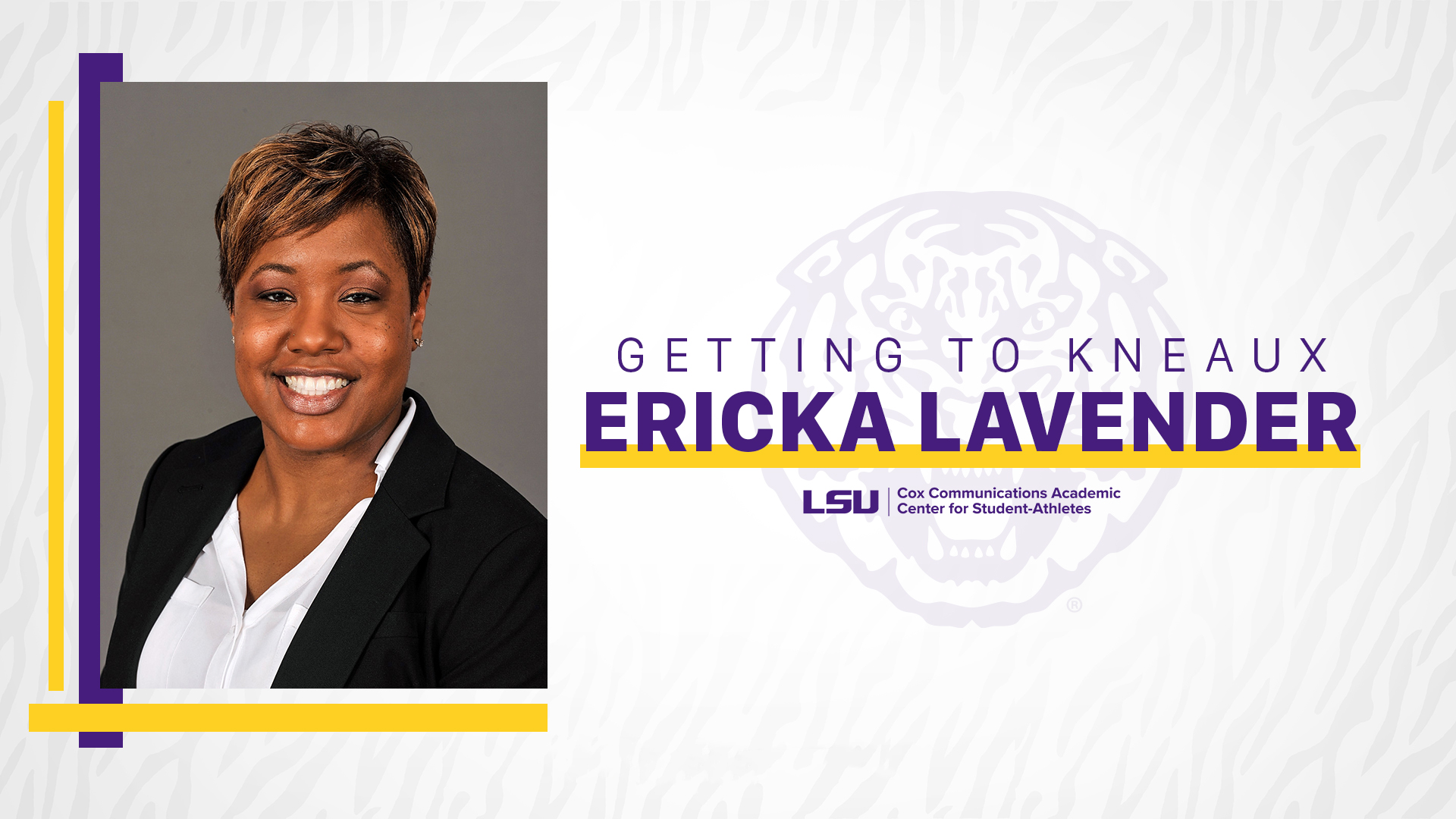 BATON ROUGE – The Cox Communications Academic Center for Student-Athletes has announced the hiring of Ericka Lavender as the Associate Director of Academic Affairs.

She will work directly with the Men’s Basketball, Volleyball and Beach Volleyball teams and have oversight of the Graduate Assistant Development Program. Lavender will also join the Executive Team and serve as the Chair of the Academic Standards and Politics Committee.

Lavender returns to LSU after spending the last five years as the Associate Athletic Director for Academic Services at Toledo. She was responsible for the daily operations of the Student Athletic Academic Services office, coordinating academic support for the student-athletes.

“Bringing Ericka back to LSU will have a huge impact on the Cox Communications Academic Center for Student-Athletes and the entire LSU community,” said CCACSA Executive Director Walt Holliday. “Her extensive experience in athletic administration and academic support will benefit the staff and our student-athletes.

“Ericka understands the importance of developing and enhancing relationships on campus through honesty, integrity and transparency to ensure we are working together towards the goal of graduating our student-athletes and preparing them for life after LSU.”

She is an active member in the National Association for Athletic Advisors since 2003 and is a current member of the Women Leaders in College Sports. Lavender is also involved in the Women Leaders Institute for Administrative Advancement development program.

“I am grateful for the opportunity to come back home and work with such amazing people again,” said Lavender on her return to LSU. “I am very excited and ready to contribute to CCACSA team, LSU student-athletes, the LSU athletics department and campus community.”