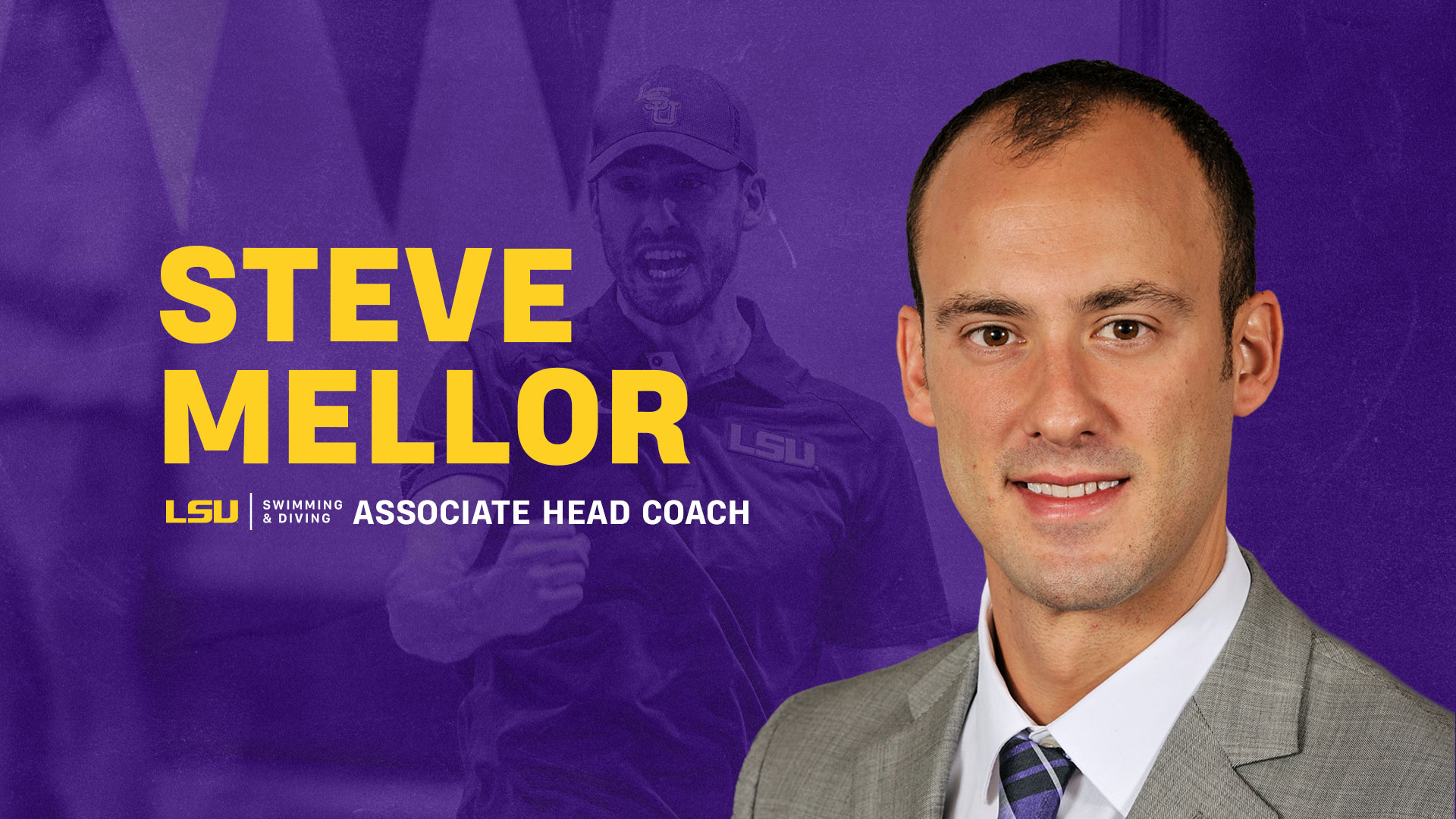 “This is certainly long overdue for Steve,” said LSU head swim coach Dave Geyer. “His commitment to the team, department, and university has been appreciated over the years. Most importantly through that was his commitment to me. I look forward to being able to look to him even more for guidance of our program.”

Mellor works primarily with sprinters, and throughout his tenure with the Tigers, has been a major influence in the career of many Tiger swimmers.

Mellor has been a driving force in many Tiger swimmers’ quest for school records. Since 2015, Curry, Luht, Rysemus, Silas Dejean, Niamh Robinson, Haylee Knight, and Summer Spradley have all set school records under the direction of Mellor. Also during Mellor’s time as a Tiger, all five men’s relay records have been broken along with one women’s relay record.

“Since day one I have considered myself fortunate to represent and impact this historically successful and highly competitive university,” said Mellor. “As an assistant, I can safely say I have worked everyday with an expectation on both myself and the team to find ways to get better. I am extremely grateful that both Dave (Geyer) and the athletic department have seen in me someone that is ready to make an impact on an even greater level moving forward. LSU Swimming and Diving is on the rise and I am delighted to be a part of it.”