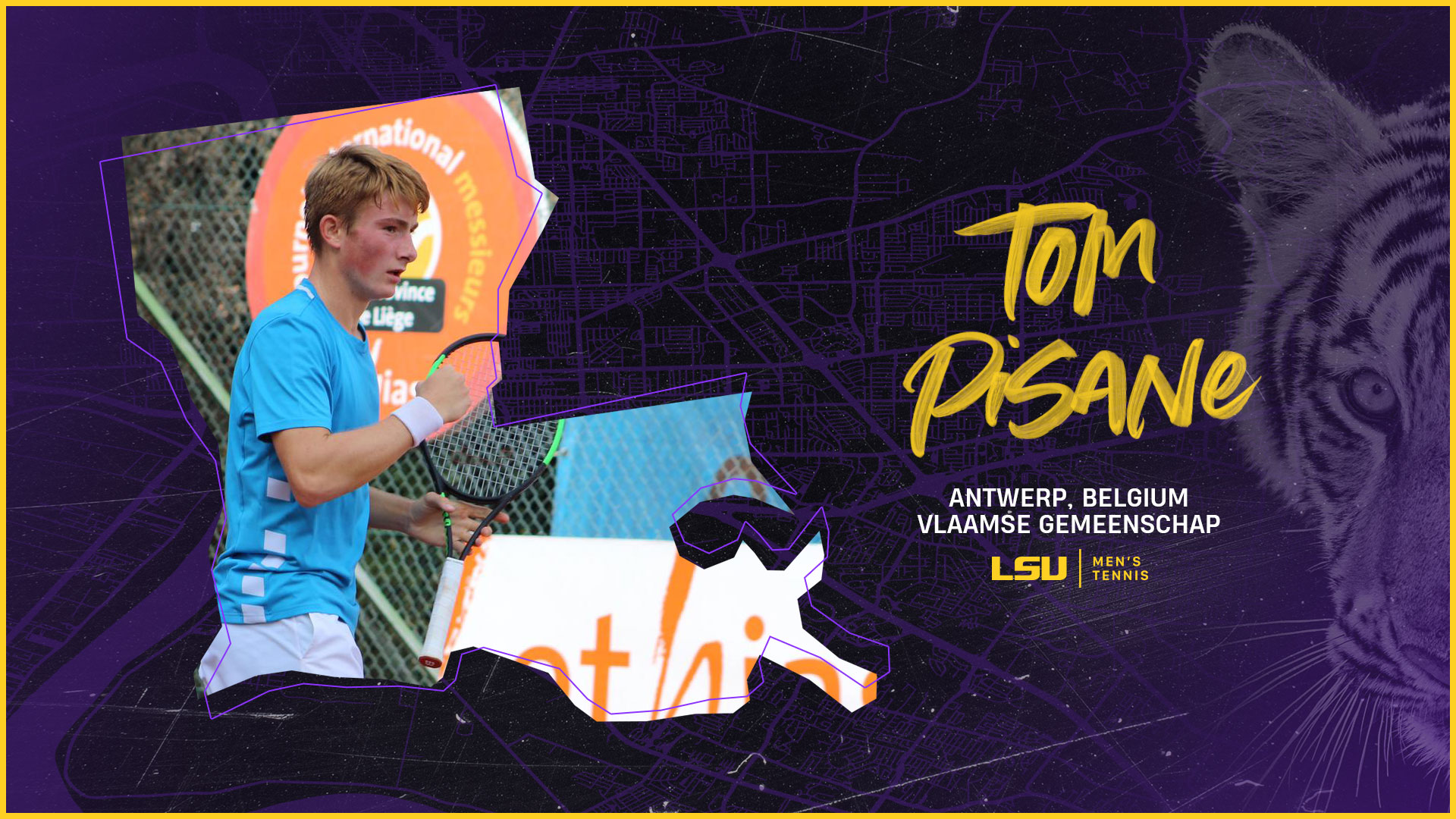 BATON ROUGE—The LSU men’s tennis team officially announced the commitment of Tom Pisane Wednesday afternoon. Pisane will be a freshman and eligible to play in the upcoming 2020-21 season.

The Belgium native currently has an ATP singles ranking of 1046, one of the highest of any incoming freshman throughout collegiate men’s tennis.

Pisane reached the Round of 16 or better in eight futures singles events in 2019.

He had a top five ranking throughout Belgium in all junior age groups.

Pisane is coached by Kirstof Vliegen, who had an ATP ranking of No. 30 in 2006. Vliegen participated the Australian Open, U.S. Open, French Open, and Wimbledon. In addition, he trained with the Belgian Federation for three years.

He currently resides in Antwerp, Belgium with his mother, Ingrid.

“LSU is thrilled to add Tom Pisane to cap off an already strong incoming class. Pisane is the exact type of person that everyone enjoys being around. He’ll be a great teammate and lead the team by example. People will be ecstatic to see him in a Tiger uniform. He has one of the highest ATP rankings of anyone coming to college this year and we think he’ll come in and make an impact from day one.”