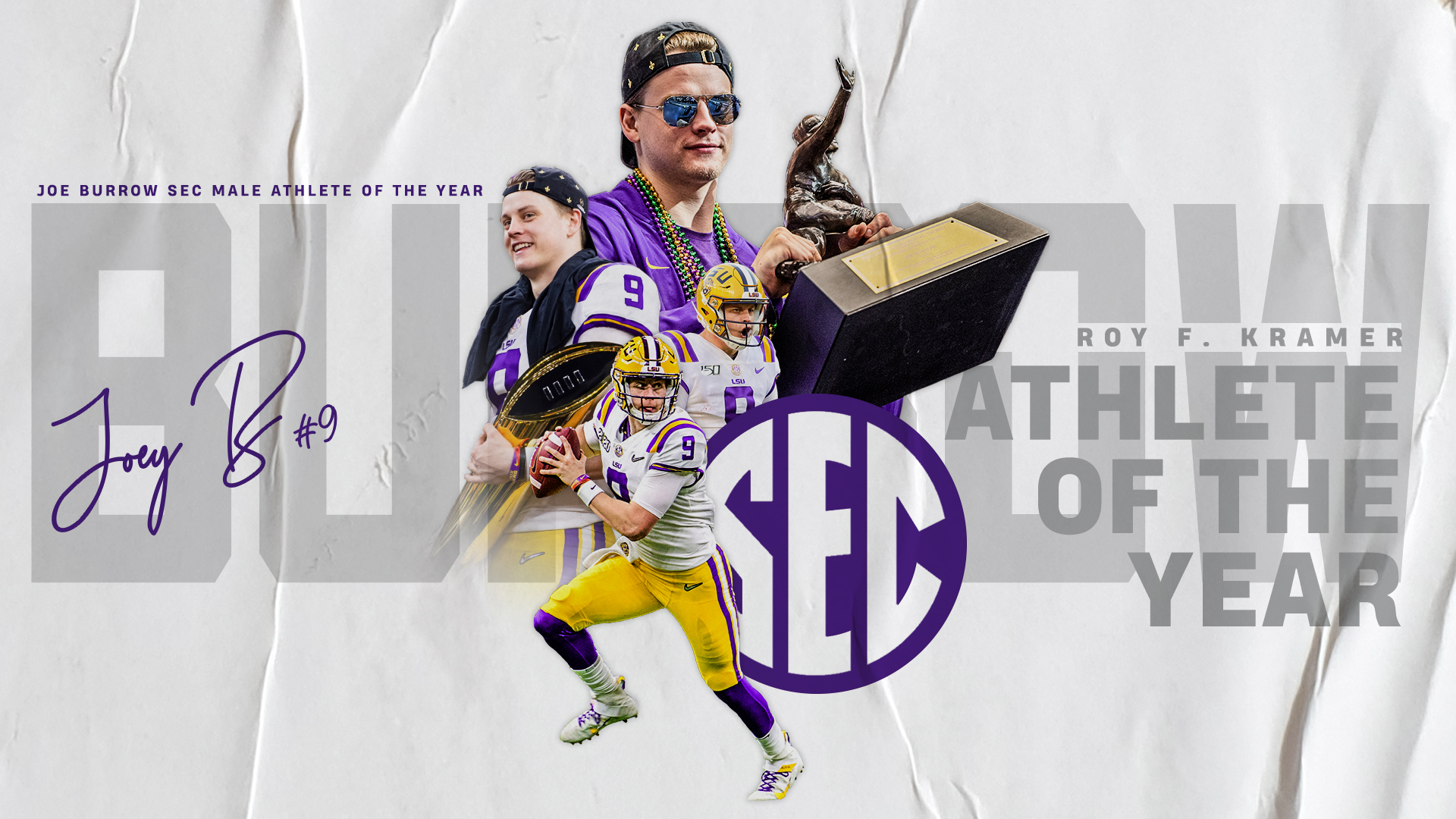 BIRMINGHAM, Ala. – LSU’s Heisman Trophy winning quarterback Joe Burrow has been named the 2019-2020 Roy F. Kramer SEC Male Athlete of the Year by a vote of the league’s athletic directors, Commissioner Greg Sankey announced on Wednesday.

With Burrow claiming the SEC Male Athlete of the Year honors, LSU has now swept the two biggest awards handed out by the league this year. Last month, LSU’s Skylar Mays was named the winner of the McWhorter Award, which is presented to the top scholar-athlete in the league.

It’s the second time LSU has swept the SEC’s two biggest awards in the same season. LSU did it in 2006 when Rudy Niswanger (football) claimed the McWhorter Award and both Xavier Carter (track and field) and Seimone Augustus (women’s basketball) were named SEC Male and Female Athletes of the Year.

“The SEC is proud to honor Joe and Tyasha as the recipients of this year’s Roy F. Kramer Athletes of the Year,” said SEC Commissioner Greg Sankey. “They have competed at the highest level of collegiate athletics and through their hard work, dedication and commitment to excellence have been successful in their endeavors. They are great examples of what it means to be a student-athlete in the Southeastern Conference and are outstanding representatives of their universities as both students and athletes.”

He led the Tigers to a perfect 15-0 season, including a 42-25 College Football Playoff (CFP) National Championship victory over defending champion Clemson. Burrow was named the Most Outstanding Player of the championship game after throwing for 463 yards and five touchdowns.

Burrow was selected with the No. 1 overall pick by the Cincinnati Bengals in the 2020 NFL Draft in April.

In her four seasons as the Gamecocks’ point guard, Tyasha Harris set program records for career assists (702) and assist-to-turnover ratio (2.55) and tied the record for games played (139).

The Noblesville, Indiana, native earned All-SEC honors three times, including first-team selection this past season. She also added All-America recognition and the Dawn Staley Award to her trophy case. Harris was a finalist for every national player of the year award as well.

Harris’ senior leadership and command of a young team guided South Carolina to another sweep of the SEC – 16-0 for the regular-season championship and another tournament title – and the first No. 1 ranking in both final national polls in program history.