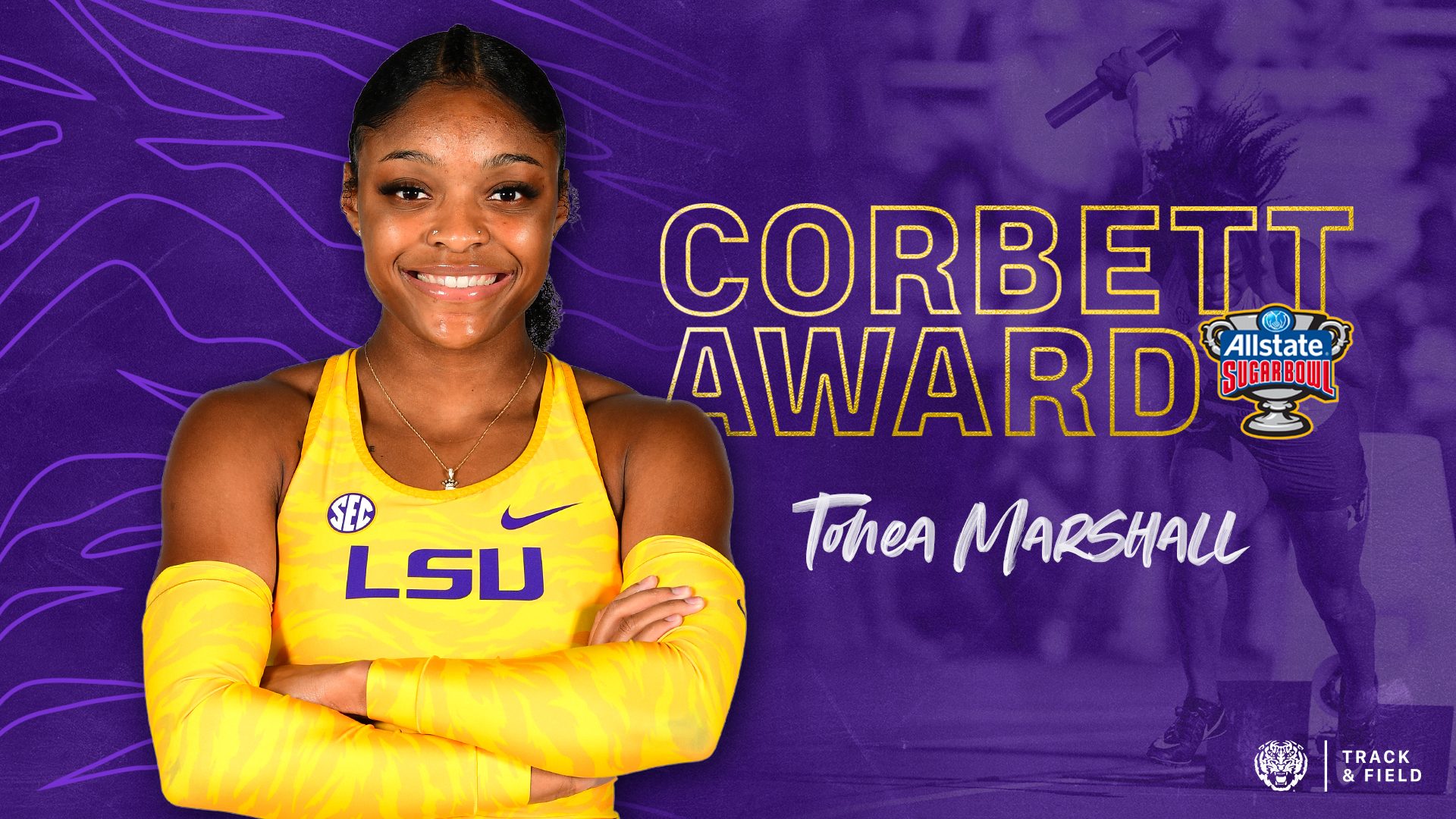 Baton Rouge, La. – LSU track and field’s Tonea Marshall received the Allstate Sugar Bowl’s James J. Corbett Award on Thursday morning. The award is given to the top female and male amateur athlete in the state of Louisiana.

“I’m proud and honored to be the recipient of this award,” Marshall said. “To be named the top female amateur athlete in the state of Louisiana is quite the accomplishment. I wouldn’t be where I’m at without the encouragement of my family, my teammates, and my coaches.”

A native of Arlington, Texas, Marshall becomes the fourth LSU women’s track and field athlete to win the Corbett Award since 2000 joining Aleia Hobbs (2018), Kimberlyn Duncan (2011 & 2013), and Peta-Gaye Dowdie (2000). The 2020 NCAA Indoor and Outdoor Track and Field Championships were cancelled due to the COVID-19 pandemic. Marshall owned the No. 1 qualifying time in the country this year during the indoor season with her 7.86.

“It was a pleasure to see Tonea compete at the level she did this season,” said LSU track and field head coach Dennis Shaver. “It goes back to our fall training – she came to practice every day with the mindset of improving, and that’s what she did. She’s a great example of what hard work and dedication will result in. It’s unfortunate that her season had to come to an end prematurely because I believe she would have won national titles indoors and outdoors in the hurdles.”

Marshall, a five-time All-American and two-time SEC champion, was one of three finalists for the NCAA Women’s Track Athlete of the Year and was on The Bowerman Watch List heading into the NCAA Indoor Championships. She was also named the U.S. Track & Field and Cross Country Coaches Association South Central Women’s Track Athlete of the Year for the indoor season. Marshall is the LSU school record holder in both the 60 meter hurdles (7.86) and 100 meter hurdles (12.57).