Henry Selected in Round 2 by Nationals

Sophomore Right-Hander is the No. 55 Pick in the MLB Draft 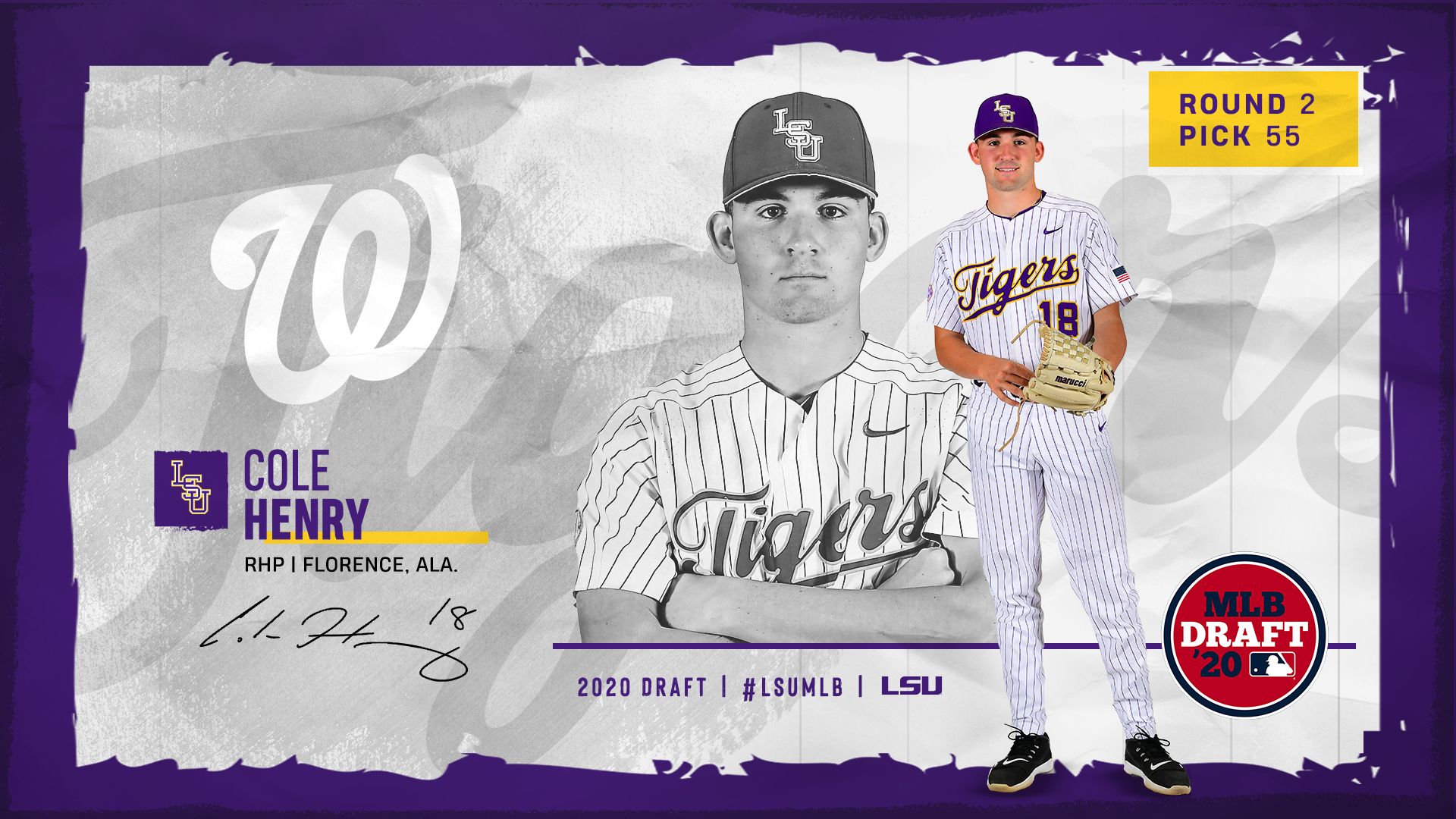 Thursday’s selection marked the second time Henry has been chosen in the MLB Draft. He was selected in 2018 as a high school senior by the Detroit Tigers (38th round).

Henry, a right-hander from Florence, Ala., was voted a 2020 preseason All-American by D1 Baseball. He made four starts for the Tigers in the shortened 2020 season, posting a 2-1 record and a 1.89 ERA in 19 innings with six walks and 23 strikeouts.

Henry was named SEC Co-Freshman of the Week after defeating Florida on April 19, 2019, with a superb effort, limiting the Gators to one run on four hits in 5.1 innings with no walks and a career-high 12 strikeouts. His strikeouts total was the most by an LSU pitcher in an SEC game since March 30, 2017, when Alex Lange recorded 12 Ks against Texas A&M.