LSU Outfielder is the No. 62 Overall Pick 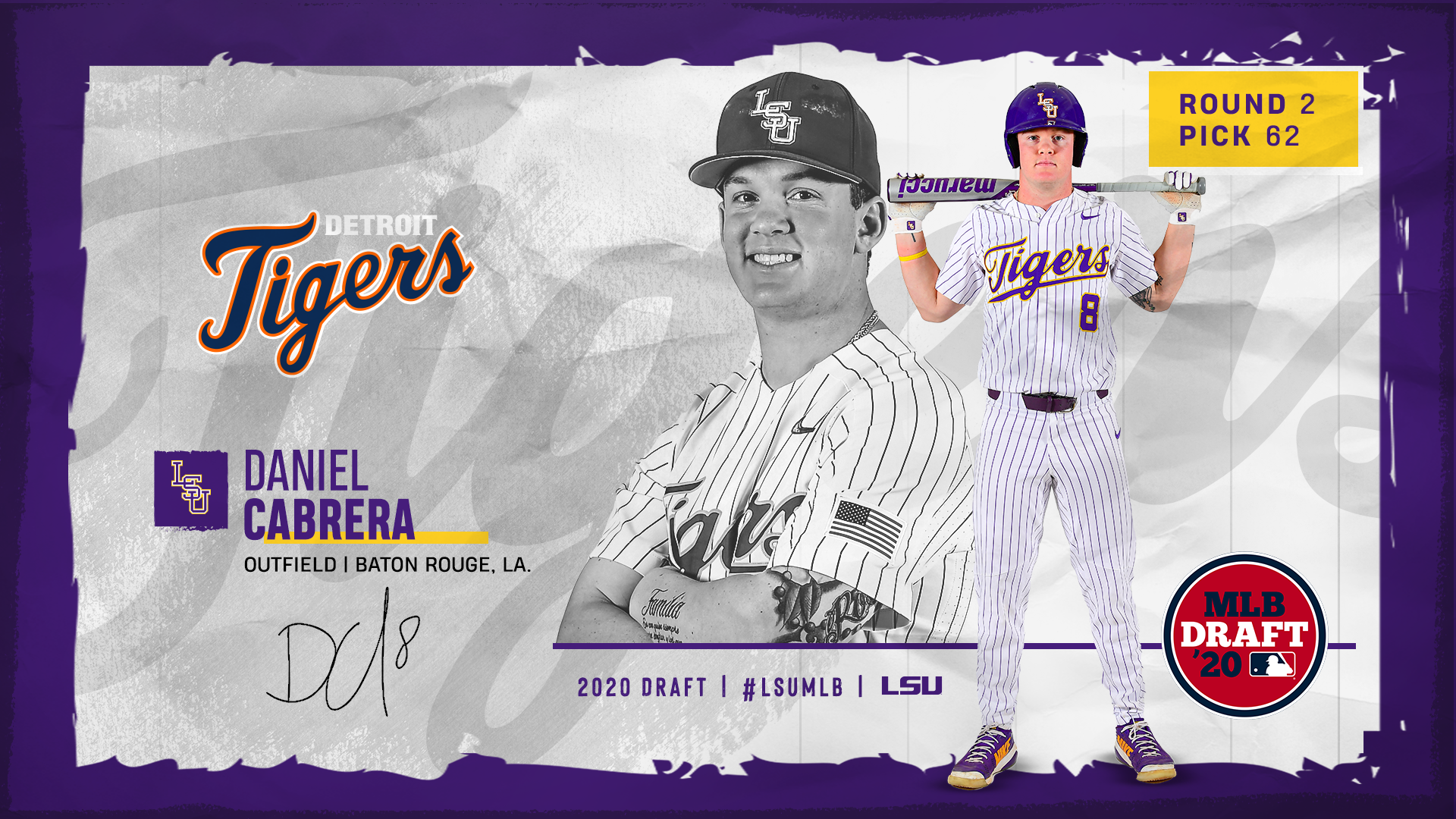 Thursday’s selection marked the second time Cabrera has been chosen in the MLB Draft. He was selected in 2017 as a high school senior by the San Diego Padres (26th round).

A 2020 Baseball America First-Team Preseason All-American, Cabrera is a career .305 hitter at LSU with 33 doubles, four triples, 22 homers and 116 RBI.

A product of Baton Rouge, Cabrera wore jersey No. 8 this season, the number that is given to the LSU upperclassman who best epitomizes leadership in the Tigers’ program.