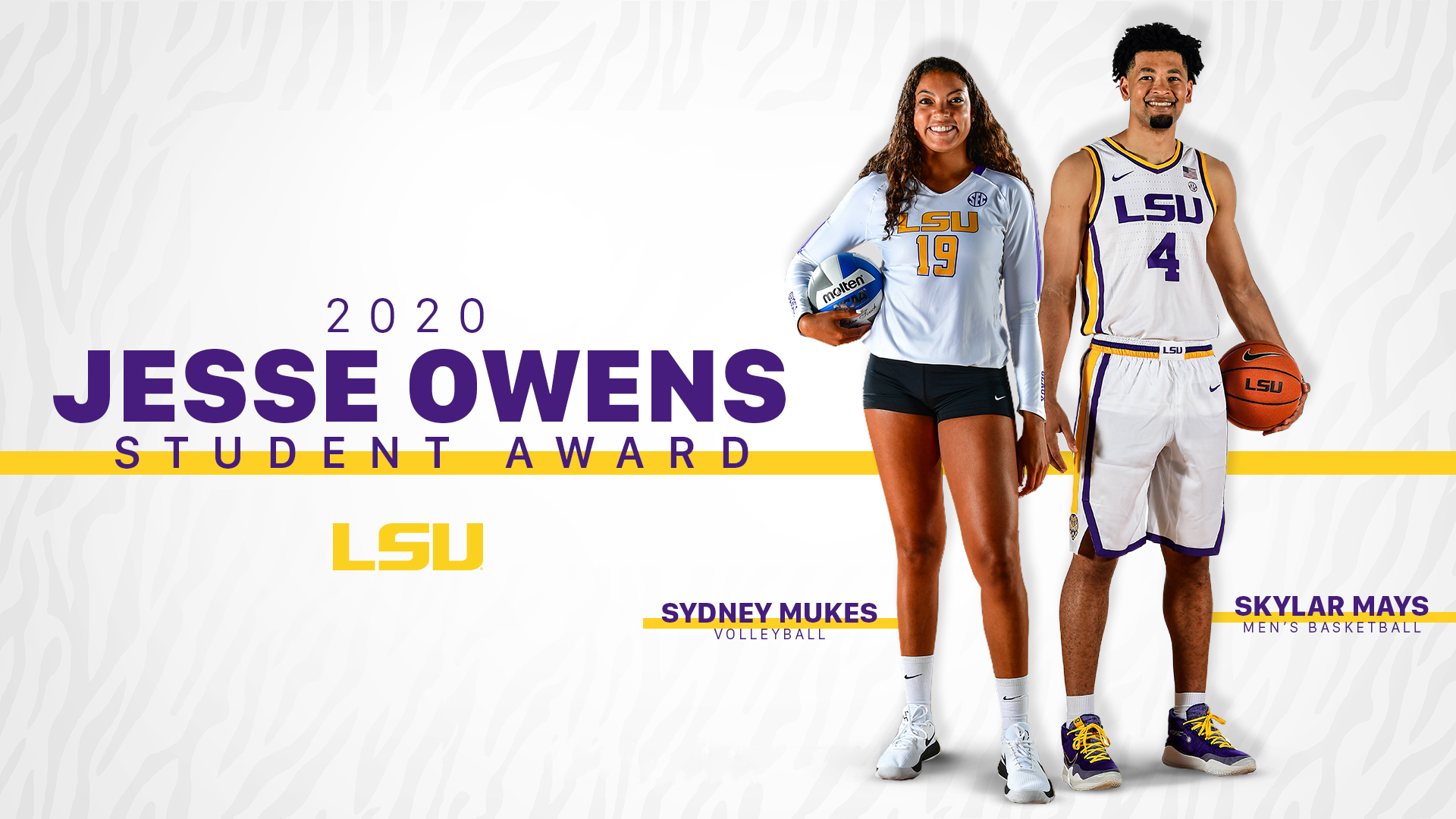 BATON ROUGE – LSU student-athletes Skylar Mays and Sydney Mukes have been named the Jesse Owens Student Award recipients by LSU’s Black Faculty and Staff Caucus organization. The award is presented to the minority student-athletes with the highest GPA.

It is the third straight year that Mays has earned the accolade and the second straight year for Mukes. It marks the third year in a row that a volleyball player has been honored as Milan Stokes was named the recipient in 2018.

Mays graduated in pre-med/kinesiology, while Graves received his degree in general business. Mays was named the CoSIDA Basketball Academic All-America of the Year in 2020 and was the two-time SEC Scholar-Athlete of the Year in the sport. He was a first team All-SEC selection after averaging 16.7 points, 5.0 rebounds, 3.2 assists and 1.8 steals in 2020. He also earned LSWA Player of the Year and LABC Player of the Year honors.

Mays finished in the top 10 after four years in nine LSU career categories. He is the fourth player in the Southeastern Conference since 1992-93 to finish his career with at least 1,600 points-400 rebounds-300 assists and 200 steals. He is the only player in the SEC since 1992-93 to average in a season 17.5 points, 5.0 rebounds, 3.0 assists and shoot 40 percent from three-point range in conference play.

Mukes graduated from the College of Human Sciences & Education last week with a degree in leadership and human resource development. Mukes finished her college career in December, earning a spot on the SEC Community Service Team with over 100 hours of community service.