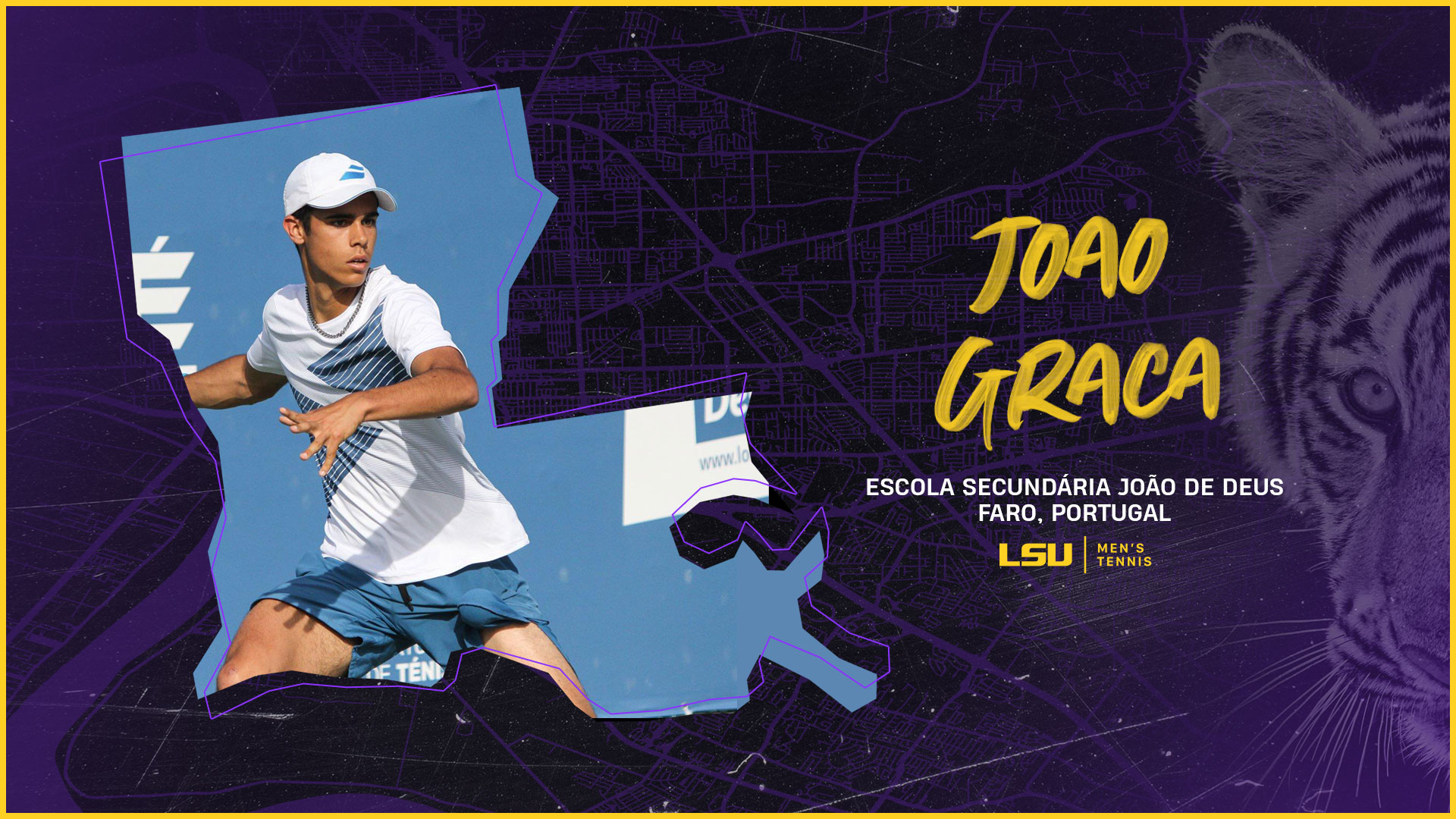 BATON ROUGE— The LSU men’s tennis team officially announced the commitment of Joao Graca Wednesday afternoon. Graca will be a freshman and eligible to play in the upcoming 2020-21 season.

The Faro, Portugal native is currently ranked No. 6 in the Portuguese men’s rankings. Graca’s career high in the ATP rankings is 1638 in singles and 1338 in doubles.

In the 2018 Portuguese Junior Championships, Graca finished as a finalist in singles and was the champion in doubles.

“Joao will be a great addition to the culture and program we’re building,” Co-head coach Chris Brandi said. “He’s a player with a high ceiling whose game was taking off before tournaments were shut down. He has some wins that not many incoming freshmen are capable of. He’s been receiving great coaching over the past six months in Lisbon, Portugal to prepare him for the highest level of college tennis.”