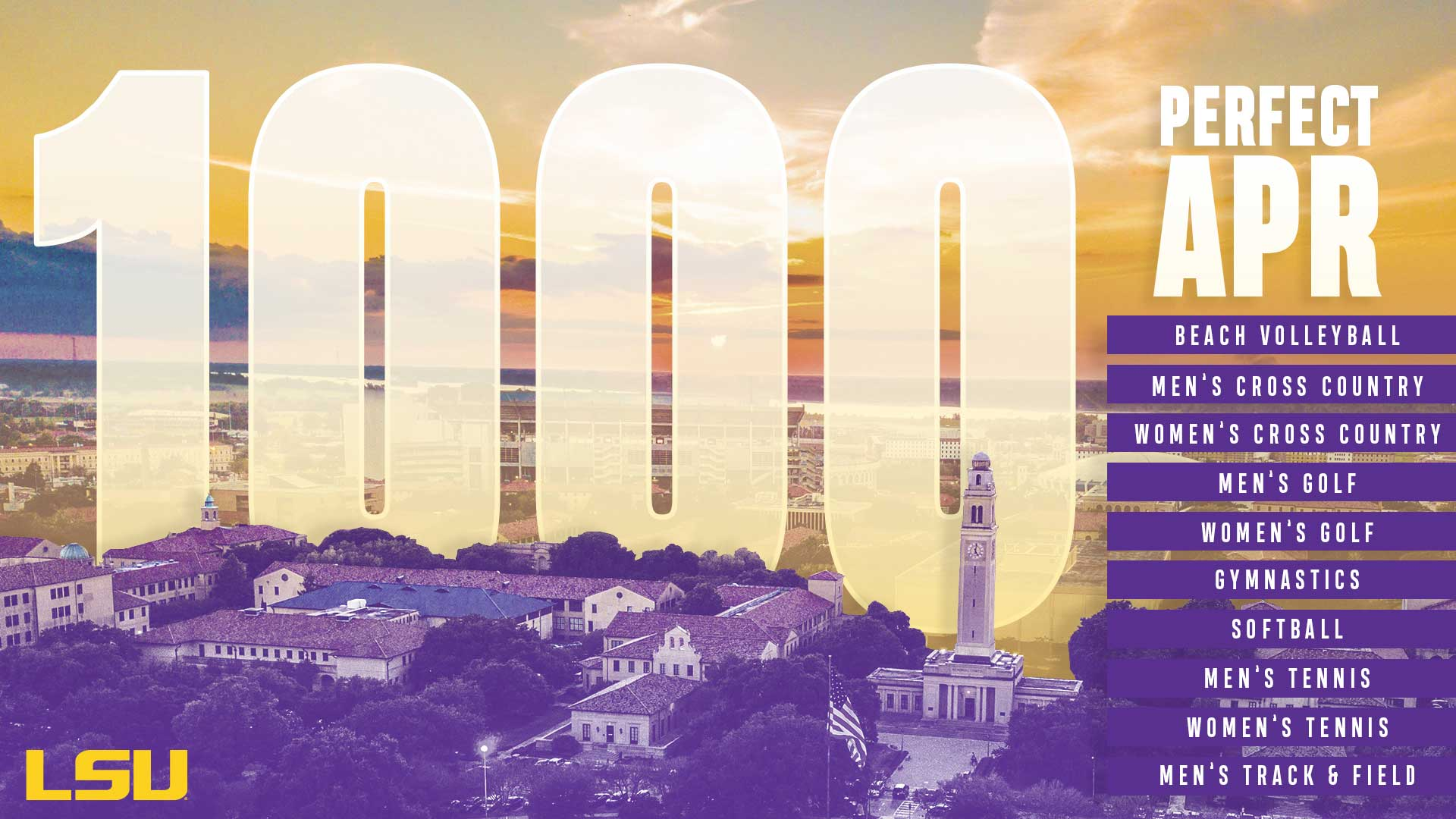 BATON ROUGE – A school-record 10 LSU teams posted an Academic Progress Rate score of 1,000 and finished among the top 10 percent within their sport nationally, the NCAA announced on Tuesday.

Overall, LSU’s 21 sports teams combined for a 985 APR score as the Tigers continue to demonstrate exceptional work in the classroom. The APR scores were announced this week as part of the NCAA’s Academic Performance Program.

“It requires extraordinary drive and commitment to excel in the classroom and to be elite on the field of play,” LSU Athletic Director Scott Woodward said. “I am so proud of our student-athletes who work hard every day toward excellence in all things and of our incredible staff at the Cox Communications Academic Center who are there to support them in those efforts.”

The 10 teams that scored a perfect 1000 for 2018-19 and received the NCAA Public Recognition honor include six women’s sports and four men’s teams. The women’s teams with a perfect score include: gymnastics, golf, softball, beach volleyball, tennis and cross country.

The men’s teams were led by track and field, golf, tennis, and cross country.

“The academic performance of our teams speaks to the hard work and dedication of our student-athletes as they balance the demands of being a student-athlete,” Walt Holliday, executive director of the Cox Communications Academic Center for Student-Athletes said. “Their overall success is based on the collective efforts of many.”

The recent NCAA academic accomplishment for LSU’s athletic teams continues a trend that has seen the Tigers excel in all areas monitored by the NCAA. LSU’s most recent Graduation Success Rate (GSR) released in November of 2019 showed a scored of 89 for the second straight year. The 89 GSR score for LSU was one-point shy of tying the school’s all-time record of 90 set in 2017.

The APR provides a real-time look at a team’s academic success each semester by tracking the academic progress of each student-athlete on scholarship.  The APR accounts for eligibility, retention and graduation and provides a measure of each team’s academic performance.