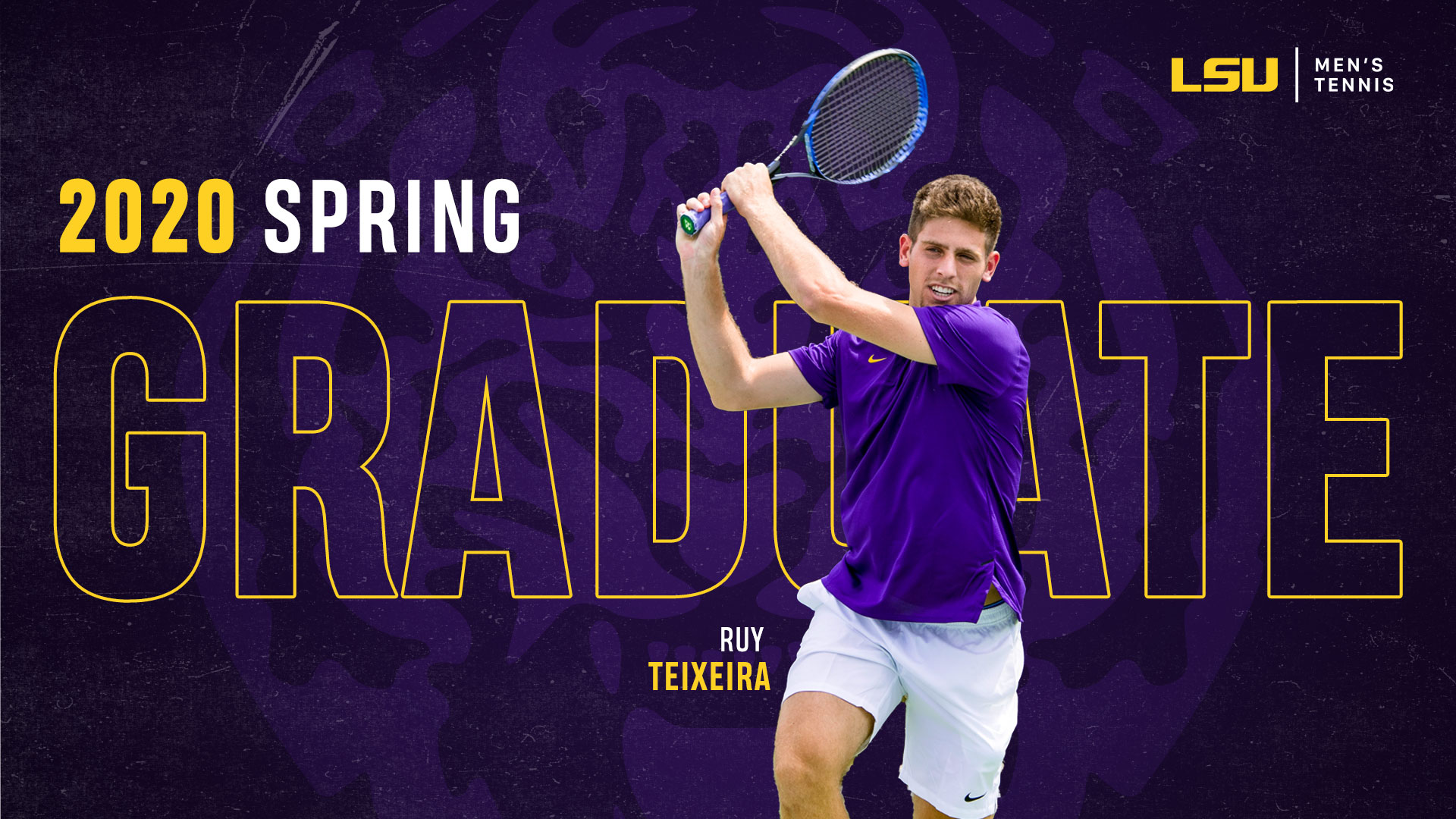 Three nouns that consistently came up when asked about Ruy Teixeira. He encapsulated everything it meant to be a teammate, on and off the court.

Teixeira transferred to LSU in 2018 from Winthrop University, a Division I school in Rock Hill, South Carolina. The Brazil native was in awe over Winthrop’s campus and the college lifestyle in America. “When I came to the United States, I thought Winthrop, a small school in South Carolina, was the greatest school ever, but I started playing away matches at these bigger schools and thought to myself, ‘I have to experience this.'” Once given the opportunity to transfer, he went for it. There weren’t any big schools like this at home. No 30,000 student campuses, no top-of-the-line tennis facilities five minutes from your apartment, and certainly, no Saturday Nights in Tiger Stadium. One could write a novel on his first LSU Football game, but the real story starts at the LSU Tennis Complex.

In Teixeira’s first season, he was given the responsibility to lead three freshmen, a transfer, and five veterans as the team captain.

Standing in at 6’4 with a brutal cross-court forehand that would blow by opponents, Teixeira succeeded throughout his collegiate tennis career. He compiled a 22-22 record at Winthrop, was their No. 2 singles player and made his way into the ITA rankings at No. 42 in doubles. After transferring to LSU, he found himself battling for a spot in the lineup and that’s when Teixeira realized he had another role to fill. “I wasn’t the main star because there were so many talented people on the team. I had to adjust and play a different role on the team and help them any way I could,” Teixeira said. Keeping the team together and raising everyone’s confidence was where he shined the most and co-head coach Chris Brandi realized that immediately.

If you’ve ever been to a match at the Complex, you can’t help but to tune into the Brazilian accent yelling one of his many Ruy-isms from the top of the stands. Whether it was “Vamos Tomy!” or “C’mon Rafa!” to the classic “Let’s Geaux Tigers!”, he was the unofficial voice of LSU men’s tennis.

“I gave my heart and soul into each and every one of them. Everything I told them involved things I’ve been through and advice that helped me, so it was truly authentic,” Teixeira said. From Brandi and Teixeira’s first conversation, his maturity and leadership qualities stood out and made the captain decision that much easier. “Having Ruy was like having another coach,” Brandi said. “He’s mature beyond his years and the younger guys all looked up to him on and off the court. I wish he had four more years in a Tigers uniform.”

Teixeira wouldn’t change a single thing about his time at LSU. The friends, the memories, the beauty of LSU, all of that is forever etched into his mind. His main takeaway from being in Baton Rouge is the drive he learned to have.

“Describing what it means to be an LSU Tiger in one word? Passion. Whatever is done down here is intense. Everyone is so enthusiastic in what they do. That alone motivated me to give my 100 percent in anything I do for the rest of my life,” Teixeira said.

Ruy Teixeira will be continuing his legacy in the Sunshine State. Amongst the madness going on, he recently moved to Miami, Florida, to be with his girlfriend and start his career in the business world. He secured a job with a commercial real estate company being a sales investment analyst. Teixeira has no doubts he’ll succeed thanks to the lessons he learned after being in Louisiana for two years. “I know I’ll be able to look back in a few years and realize the beauty of a school with amazing people who will work their butt off until they can accomplish their goals. I’ll reminisce and be proud of what I was able to accomplish at LSU thanks to everyone around me.”