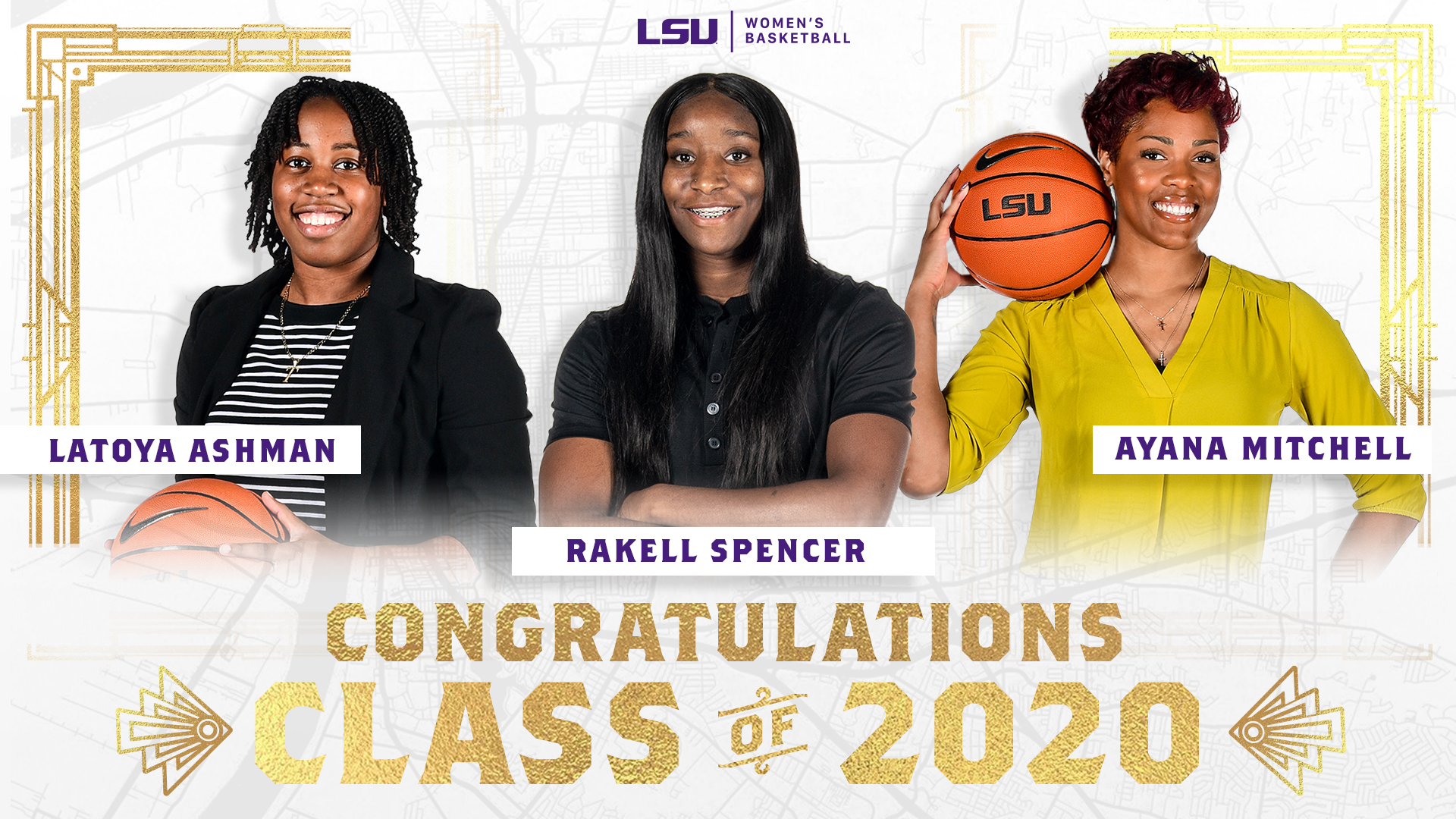 “We are very proud of LaToya, Ayana and Rakell as they complete this chapter in their LSU journey,” said LSU women’s basketball head coach Nikki Fargas. “Each one worked extremely hard at their studies while bringing everything they had to the court in reaching this goal. They join an elite group of women who claim the title of LSU Women’s Basketball Tigers for Life.”

Ashman is a two-year letterwinner for the Tigers after joining the team in 2018-19 from a successful junior college career at Florida SouthWestern State College. Ashman was a great role player for LSU during her two seasons by providing a defensive spark on the floor. In the classroom, she is a member of the SEC Academic Honor Roll and the LSU Athletics 3.0 Honor Roll. The Wellington, Florida native earned her degree in Sports Administration and wants to pursue a career in event management or team operations.

Mitchell will go down as one of the most players in LSU history. Over five seasons at LSU, the two-time All-SEC performer became the 33rd player in LSU history to score over 1,000 career points and the sixth to grab over 900 career rebounds, while her career field goal percentage of 59.5 percent ranks third on the all-time list. In addition to her conference accolades, the Conyers, Georgia native was a Top-10 finalist for the Katrina McClain Award and a Top-30 candidate for the Senior CLASS Award, while being active in the Baton Rouge community as a volunteer and speaker to several youth programs. Mitchell earned her degree in Interdisciplinary Studies and is currently rehabbing from a season-ending injury with the immediate goal of pursuing a professional basketball career.

Spencer, a transfer from Texas A&M after her freshman season, is a three-year member of the Tigers’ squad and has one more year of eligibility remaining to wear the Purple & Gold. She has battled knee injuries during her time at LSU, and has brought that fighting spirit to the court when healthy. In 2018-19, Spencer had earned her way into the starting lineup before her latest major injury sidelined her for the remainder of the season. The New Orleans native will have the honor of wearing an SEC Graduate patch on her uniform in 2020-21 after earning her degree in Sports Administration.