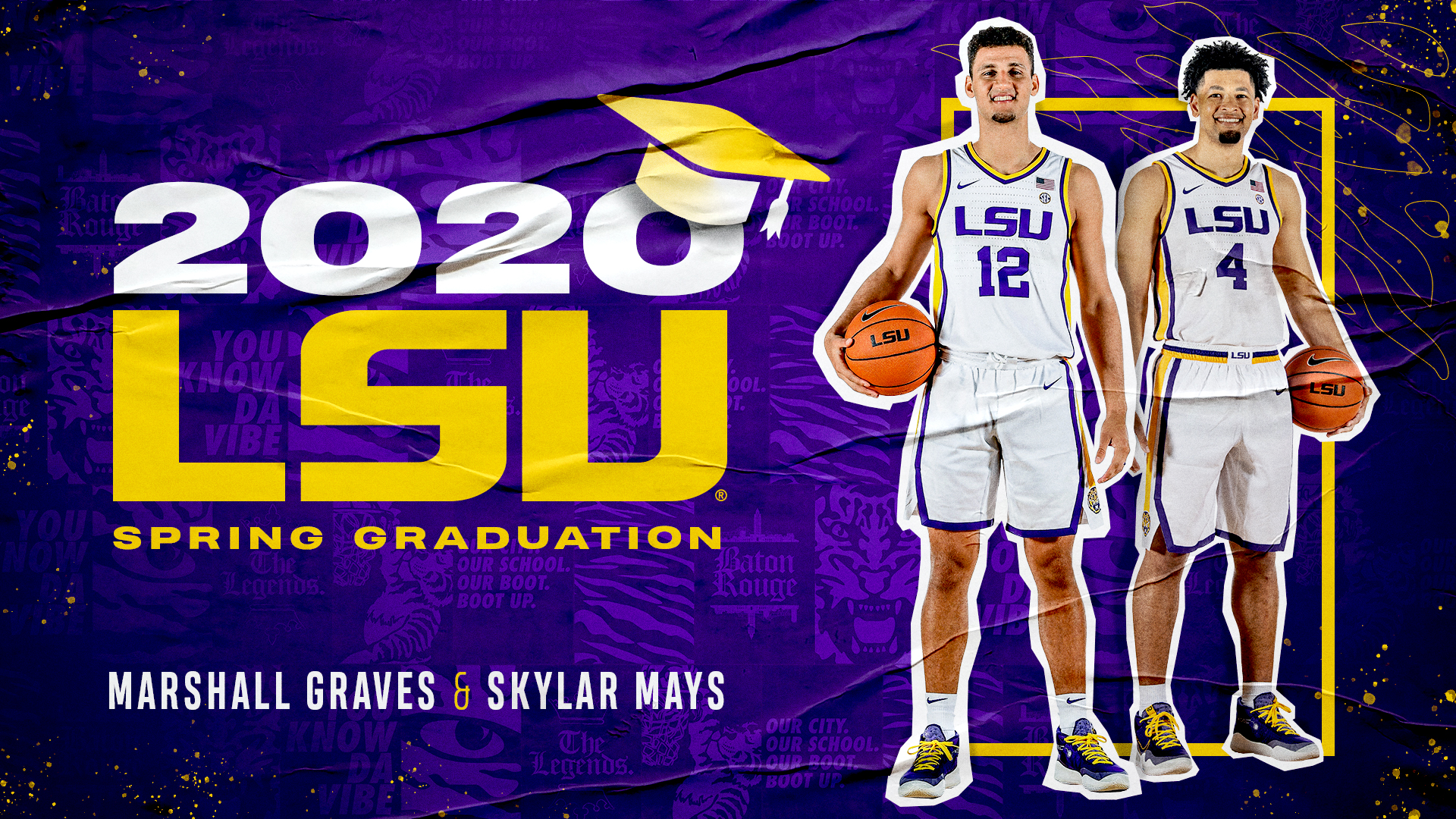 BATON ROUGE – Two members of the LSU Basketball team which finished first and second in back-to-back SEC seasons in 2019 and 2020, Skylar Mays and Marshall Graves, officially graduated from LSU on Friday in the virtual ceremony in which degrees were conferred

Mays and Graves were both four-year lettermen at LSU. Mays, a Baton Rouge native, and Graves, of Ponchatoula, played together for the majority of their high school career at University High on the LSU campus. Mays played his senior season of high school at Finley Prep in Las Vegas.

Mays graduated in pre-med/kinesiology, while Graves received his degree in general business.

Mays was named the CoSIDA Basketball Academic All-America of the Year in 2020 and was the two-time SEC Scholar-Athlete of the Year in the sport. He was a first team All-SEC selection after averaging 16.7 points, 5.0 rebounds, 3.2 assists and 1.8 steals in 2020.

Mays finished in the top 10 after four years in nine LSU career categories. He is the fourth player in the Southeastern Conference since 1992-93 to finish his career with at least 1,600 points-400 rebounds-300 assists and 200 steals. He is the only player in the SEC since 1992-93 to average in a season 17.5 points, 5.0 rebounds, 3.0 assists and shoot 40 percent from three-point range in conference play.

Graves walked on to the LSU team prior to the 2016-17 season and played in 57 games in his LSU career, starting his first game on senior day against Georgia. Graves had his career high of 12 in the final game of the SEC championship campaign against Vanderbilt in March 2019.

Graves was put on scholarship for the last year-and-a-half of his career at LSU as Coach Will Wade gave Graves the scholarship of his high school and college teammate, the late Wayde Sims.

The Tigers were 16-2 in the SEC to win the 2019 championship and advance to the NCAA Sweet 16 and won 12 SEC games in 2020 to tie for second when the season was halted after the first night of the SEC Tournament.