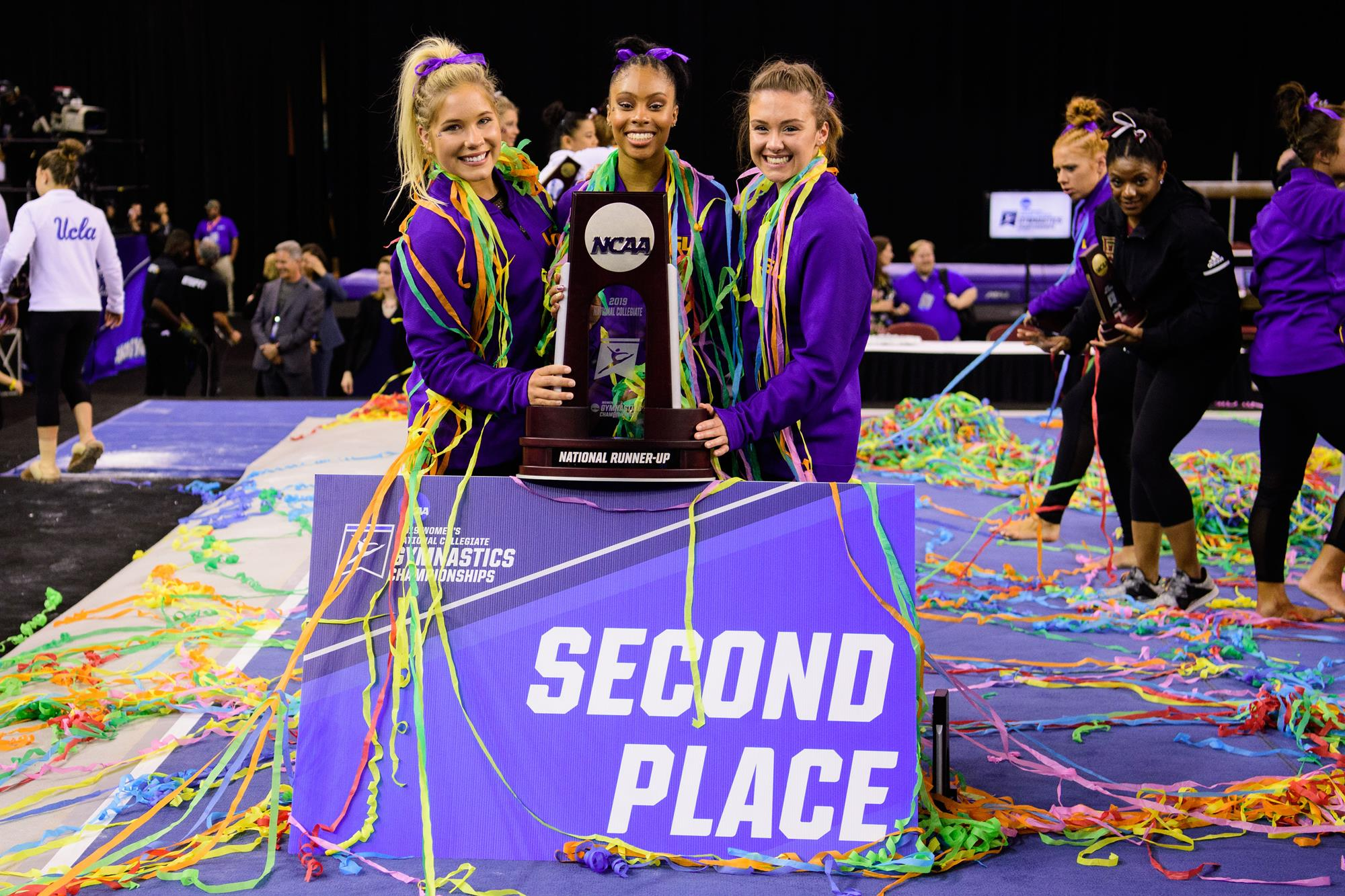 “I am so proud of Kennedi, Ruby and Ashlyn,” LSU gymnastics co-head coach D-D Breaux said. “They excelled in the classroom, in the gym and in the community all four years. The class carried on the tradition of this program, and I am excited to see what comes next.

The trio is a part one of the most successful classes in school history. The seniors captured three-straight Southeastern Conference championships and two regular season championships during in their time in Baton Rouge. The group reached the NCAA Championship final in all three postseason trips, including a pair of NCAA National Runner-Up finishes in 2017 and 2019.

Harrold graduated with her degree in kinesiology. Before her time in Baton Rouge, Harrold represented Great Britain at the Olympic Games in 2012 and 2016. The Olympian earned multiple All-America and All-SEC honors as a constant in LSU’s lineup on bars and vault.

Kirby completed her degree in accounting. The Claremont, N.C. native, competed two years for the Tigers. Kirby was a member of the SEC Academic Honor Roll and named a WCGA Scholastic All-American.