98 Baseball Players Have Graduated During the Mainieri Era 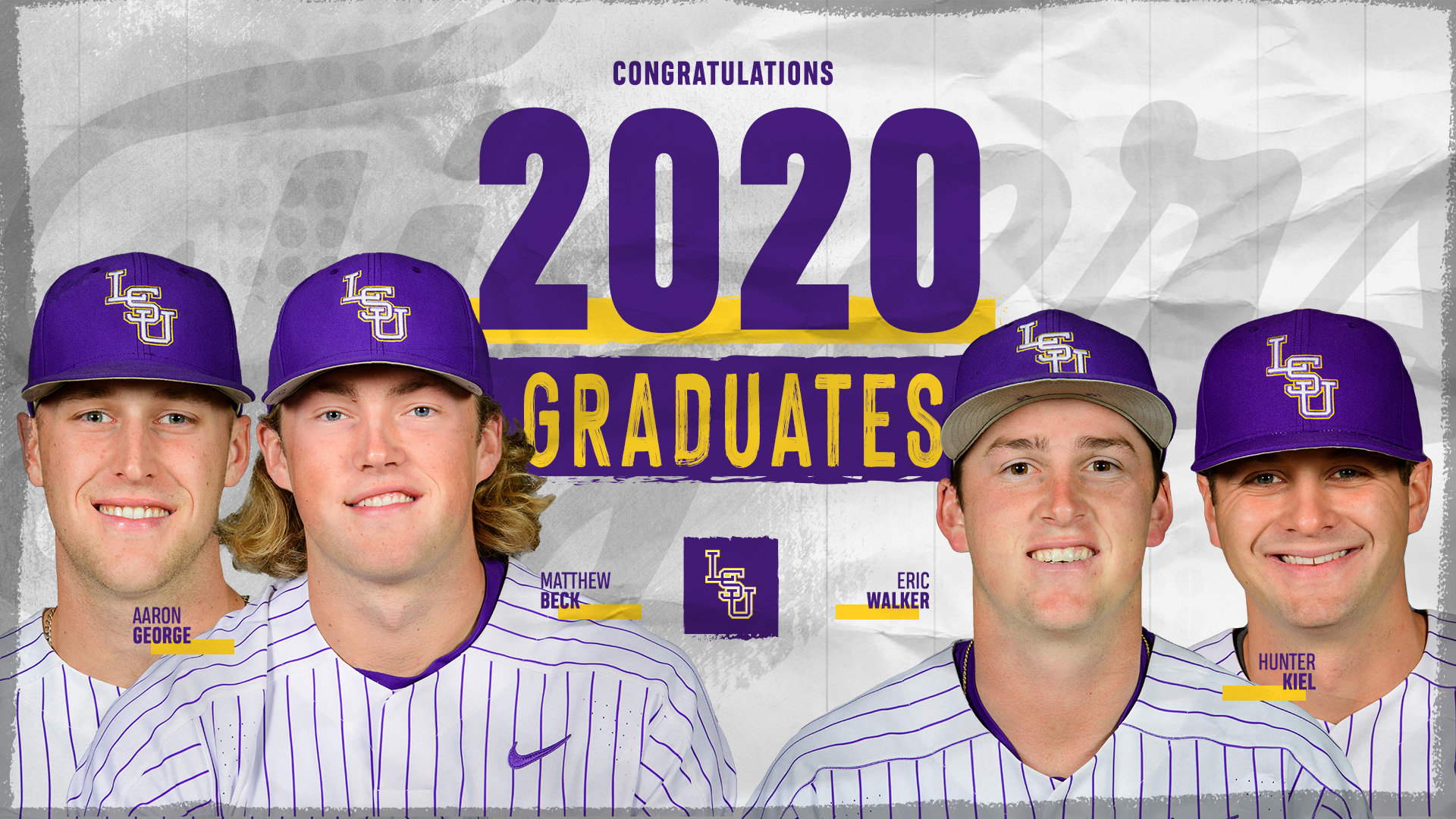 “We are so proud of these young men for reaching a life-changing goal,” said LSU coach Paul Mainieri. “Earning an LSU degree while competing as an NCAA student-athlete is extremely difficult, and these players demonstrated the discipline necessary to stand today as college graduates.”

Beck, a product of Alexandria, La., has earned a finance degree. A four-year letterman, he has a 9-1 career record with a 2.66 ERA in 115 innings. He did not allow an earned run in 12 innings of work during the shortened 2020 season.

Beck is a two-time member of the SEC Academic Honor Roll, and he received in February the Shriners Hospitals for Children Service Award for his philanthropic activities.

Walker, a product of Arlington, Texas, has earned a finance degree. He helped lead LSU to the 2017 SEC title and the runners-up position at the College World Series a member of the weekend starting rotation. Walker posted an 8-2 mark in 17 starts, recording 78 strikeouts in 95.2 innings.

He is a two-time member of the SEC Academic Honor Roll, and he was named a Freshman All-American and the Louisiana Freshman of the Year in 2017.

George, who joined the LSU program prior to the 2019 season, has earned a degree in sport administration. A product of Monroe, La., he has a 3-1 career mark in 28 relief appearances with 42 strikeouts in 33.1 innings.

George recorded 11 strikeouts in seven relief innings during the 2020 season as one of the mainstays of the LSU bullpen.

Kiel, a relief pitcher at LSU in 2017, returned to school last fall after a pro career in the Chicago White Sox organization. The native of Florence, Ala., earned a sport administration degree while serving as the Tigers’ undergraduate assistant coach in 2020.

Mainieri’s commitment to academic achievement has been illustrated by the Tigers’ performance in the classroom, as 98 LSU baseball players have earned their degrees during his coaching tenure. Twenty-five of the graduates were players who signed professional contracts before completing their college eligibility and returned to LSU to finish their degree requirements.

Mainieri has coached 133 players who have completed their collegiate eligibility at LSU, and 132 of those players have earned a degree and/or played professional baseball. In addition, LSU players have received SEC Academic Honor Roll recognition on 130 occasions over the past 13 seasons.