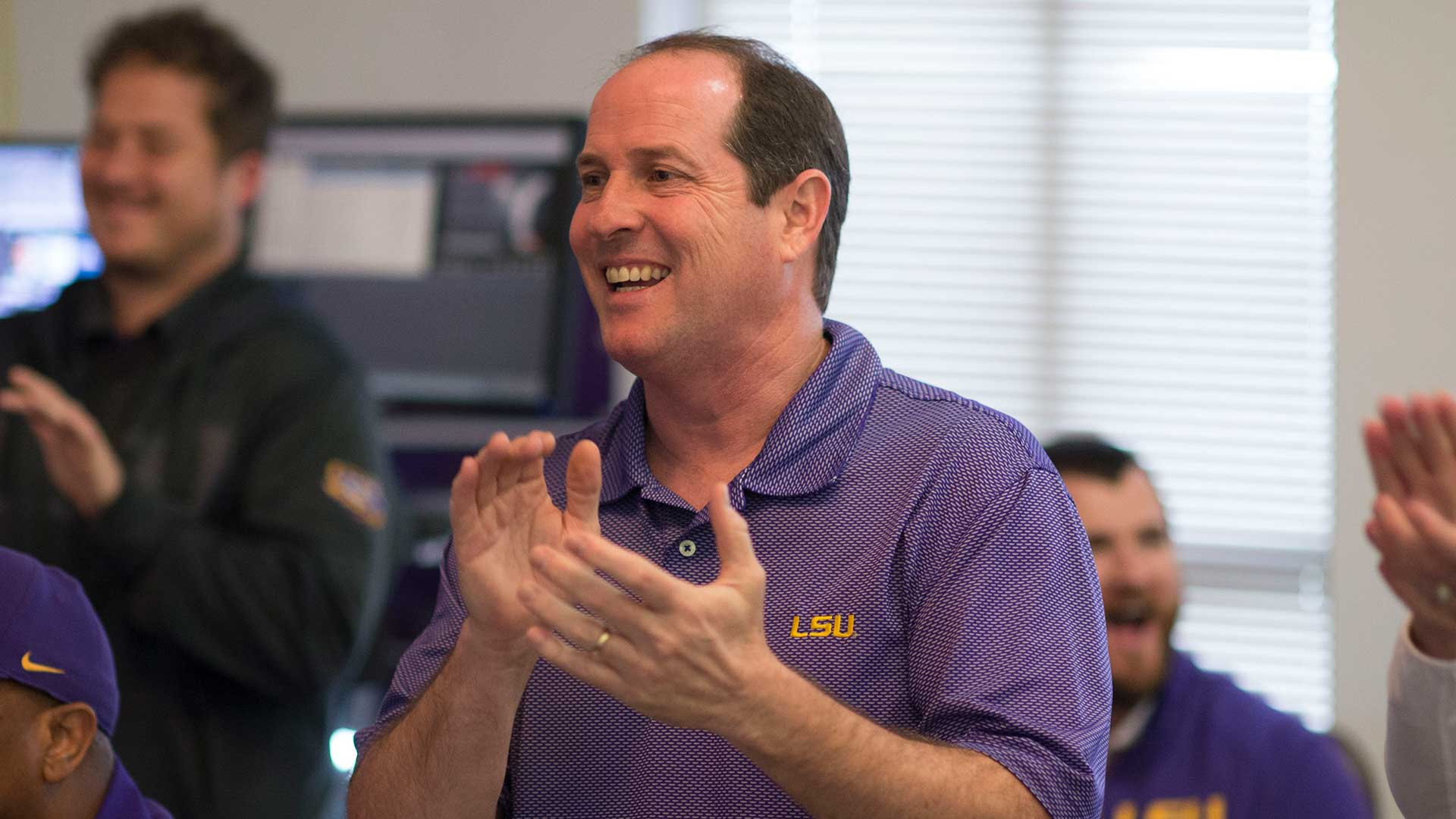 Doug Aucoin, widely considered one of the most respected in his profession at the national level, enters his 24th season as LSU’s Director of Video.

Aucoin was a finalist for the Bob Matey award after winning the SEC Video Coordinator of the Year award. This was Aucoin’s fifth conference video coordinator of the year win, with the most recent being in 2011 when the Tigers posted a 13-0 regular season mark and reached the BCS National Championship Game.

Aucoin, who joined the Tigers in 1997 after a stint with Tulane, is responsible for analytical support of computer and video technologies including the recording of games and practices, opponent video exchange, self-scout and opponent breakdowns, and video cut-ups. Aucoin also manages the computer network that the football coaches use for statistical analysis as well as self-scouting and the scouting of opponents.

Prior to working for Tulane, Aucoin was employed by the New Orleans Saints.