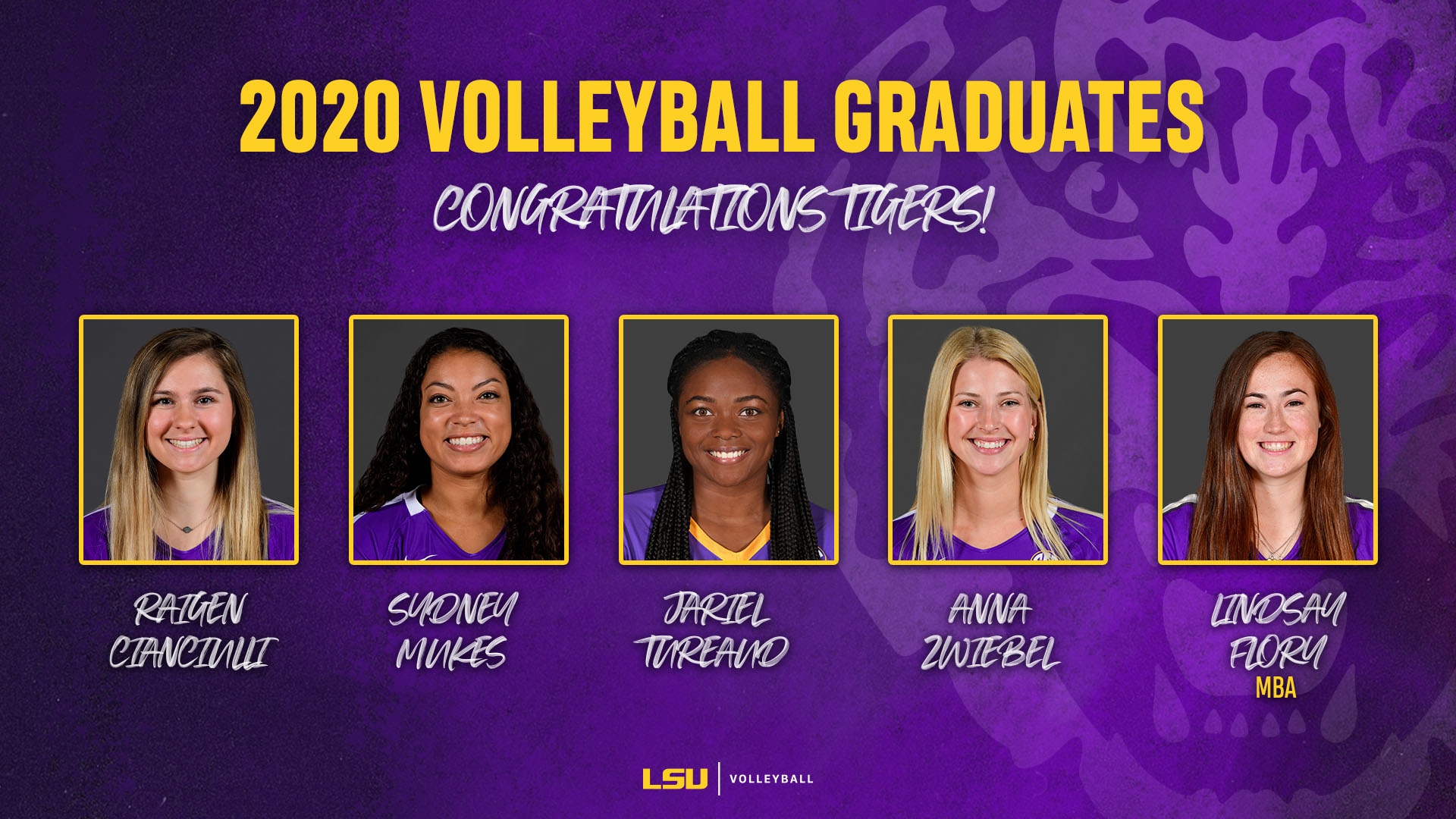 Cianciulli, who will be a senior in the fall, graduates early from E.J. Ourso College of Business with a degree in finance. Cianciulli is the fastest player in program history to reach 1,000 career digs as she reached the feat as a sophomore. She will go into her senior season with 1,473 digs in her career which is 120 away from being the all-time program leader in digs.

Flory, who earned her bachelor’s degree in 2018, will also graduate from the E.J. Ourso College of Business as she has finished up her Master’s in Business Administration degree. Flory continued her career overseas in Erfurt, Germany and has played one season with the Schwarz-Weiss Erfurt volleyball team. Flory played four years for the Tigers from 2015-2018. As a senior, she earned SEC Setter of the Week, SMU DoubleTree Classic All-Tournament and LSWA All-Louisiana Honorable Mention.

Mukes graduates from the College of Human Sciences & Education with a degree in leadership and human resource development. Mukes finished her college career in December, earning a spot on the SEC Community Service Team with over 100 hours of community service. During the 2018-19 academic year, Mukes earned the Jesse Owens Student Award for having the highest GPA among undergraduate minority student-athletes.

Tureaud, a Louisiana native, graduates from the College of Human Sciences & Education with a degree in sports administration. As a freshman, Tureaud played in 21 matches, making eight starts in her debut season. She tallied a career-high 11 kills with a .500 hitting percentage in her second career match, earning her a spot on the Duke Invitational All-Tournament Team. Since sustaining a career ending injury, she has invested in the sport she loves as a high school coach in the area.

Zwiebel, who was just recently named the SEC H. Boyd McWhorter LSU nominee, will also graduate from the College of Human Sciences & Education. She is a two-time CoSIDA Academic All-American, the first volleyball student-athlete to earn the accolade twice, and will finish with a 4.046 GPA, one of the highest GPAs the volleyball program has ever seen. She has amassed 2,238 assists which ranks her eighth in career assists in program history. She plans to enroll in Physician Assistant School.