The Times Have Changed, but Bo Pelini's Standards Remain the Same for LSU's Defense 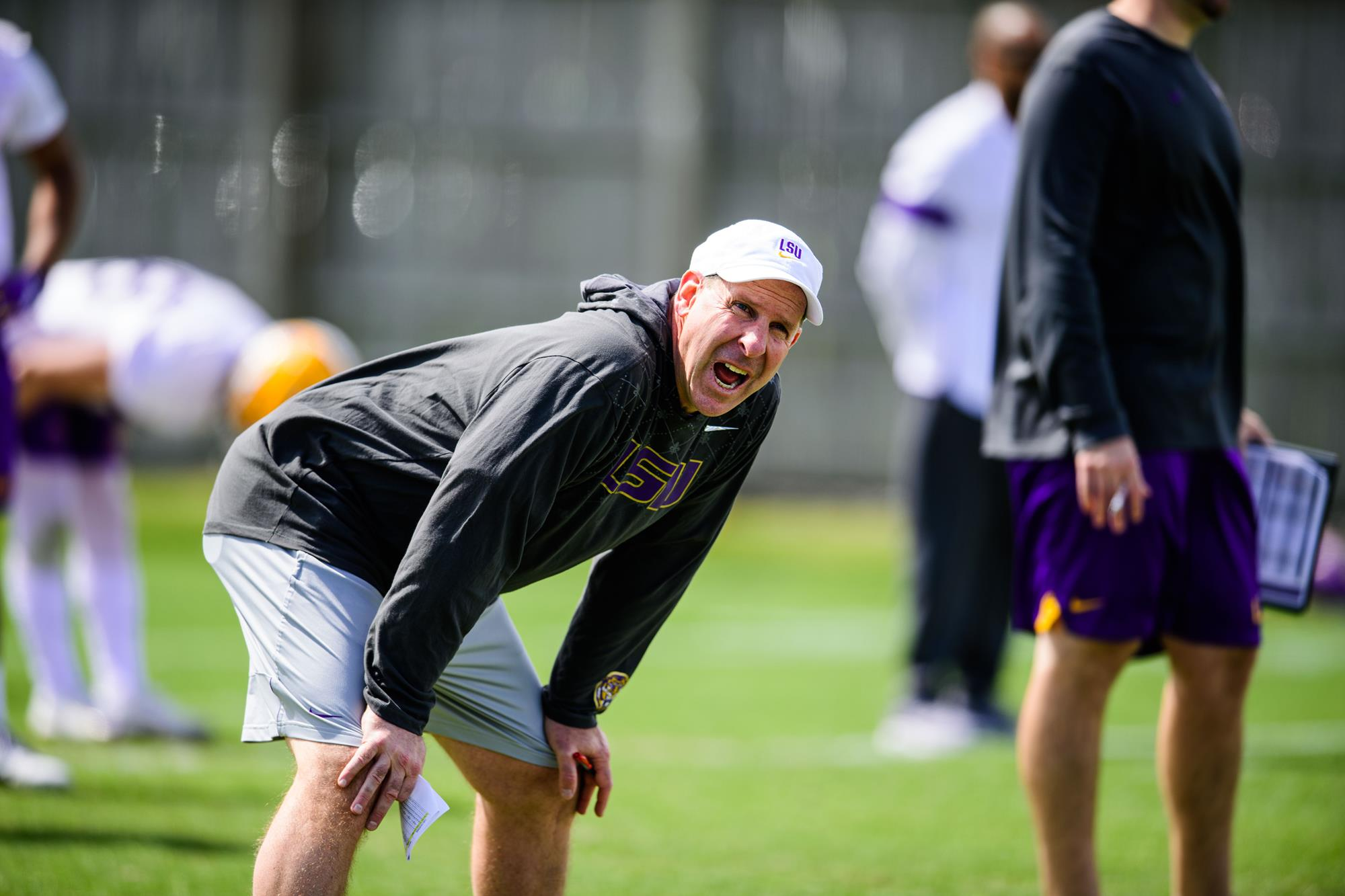 These days, life is an unusual blend of familiar and foreign to LSU defensive coordinator Bo Pelini.

The title and the town, he remembers well. Pelini ran the Tigers’ defense from 2005 to 2007 – three seasons, all of which saw LSU rank in the top three nationally in yards allowed per game. He loved recruiting the area, as fertile as any in the country for blue chip talent.

But the game has changed. And so has the coach. Since Pelini left Baton Rouge, he’s served exclusively as a head coach – first at Nebraska, finally at Youngstown State. The guy who left LSU more than a decade ago is not the guy who returns for the 2020 season.

“The game continues to evolve, so you’ve got to continue to evolve,” Pelini said on LSU Sixty Monday night. “My personality hasn’t changed, how I go about things. But you live and learn. You spend 14, 15 years as a head coach, you learn a lot of things along the way. Hopefully, you make mistakes, you learn from your mistakes, and you build on it to make it better. I do believe I’m a better coach today than I was the day I left here.”

Pelini acknowledges how much offenses have evolved since he last ran an SEC defense. The fullback is out, four-wide is in. But the basics remain unchanged, and the requisite mentality for dominance does, too.

“You’re not going to hold offenses to single digits every week like great defenses used to,” Pelini said. “The game’s more spread out, there’s more one on one opportunities there. But you can still be dominating on defense. Especially with our offense, which I think is going to be explosive once again, every time we go out there, we’re looking to shut somebody out every week.”

Another constant is Pelini’s shared preference with Orgeron for the four-man base defense. The Tigers have been mostly a three-man front in recent years, but Pelini’s return will bring back more four-man looks in the trenches. The number doesn’t matter as much to Pelini as their approach – their knowledge of the system, their technical ability to execute it, and their ability to adapt when necessary.

“You’re going to see some three-man fronts, but you’re going to see more four-man fronts,” Pelini said. “It’s more a style of defense, being sound in what you’re doing. It doesn’t really matter the front you line up in. It’s not what you do, it’s how you do it. The players have to be able to understand it. You have to be able to be multiple but keep it simple so the players can understand it and execute it and play fast, and that’s what we’re going to try to do here.”

The sport’s spring shutdown while the world battles the novel coronavirus has required as much adjustment from Pelini as it has every other person on the planet, but he’s happy with where the defense is in early May. They’ve already gone through multiple installs digitally, and the time away from the field has allowed him and the staff to focus more on making recruiting calls and doing game plan installs for the fall.

“Believe me, the recruiting goes on, and we’ve been having a lot of success on the recruiting trail,” he said. “But we’ve had more time to research opponents and spend time continuing to develop the understanding of what we’re doing defensively.”

Other changes are more obvious for Pelini. Campus has transformed, and his offices are a bit nicer than they were when he last worked from them.

“It feels like they haven’t stopped building since the day I left,” he said. “We had a great football facility when I was here the first time, and now, they made it even better, which I thought was going to be hard to do. It’s state of the art.”

But some things never change. The passion of the people. The pride of the program. The standards of the program. Pelini may have plans to change how LSU lines up on defense, but he knows the stakes and the expectations inside and out. He left a national champion in 2007, returned to another after 2019, and he’d like to keep adding to that number while he’s here.

“I’m a people person first and foremost and I really enjoyed the fans, the people,” he said. “I have a lot of friends here. Having a chance to come back, work with Coach O and his coaching staff, with these players, I think we have a chance to compete for national championships every year. That’s what it’s all about.”