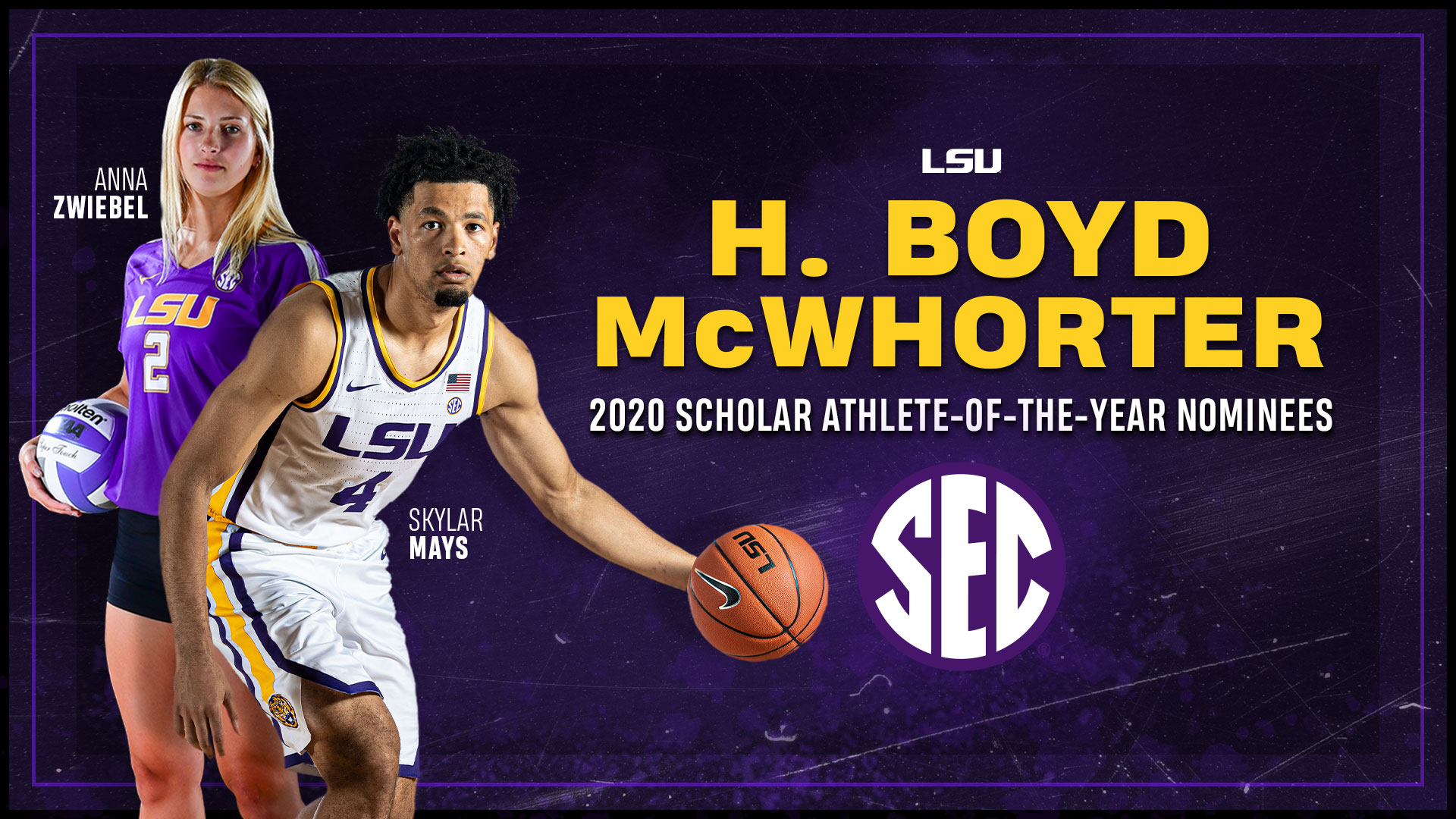 BATON ROUGE – Skylar Mays of the men’s basketball team and Anna Zwiebel of the volleyball team have been nominated for the H. Boyd McWhorter Scholar-Athlete Post-Graduate Scholarship by LSU.

The Southeastern Conference will name the 2020 recipients of the H. Boyd McWhorter Scholar-Athlete Post-Graduate Scholarship in late May.

Mays was named the CoSIDA Basketball Academic All-America of the Year in 2002 and was a first team Academic A-A in both 2019 and 2020. Both years he was also chosen as the SEC Scholar Athlete of the Year with a cumulative grade point average of 3.93 He is a three-time member of the SEC Academic Honor Roll.

The Louisiana Sports Writers Association player of the year was named All-SEC First Team in 2020 in leading the Tigers to a tie for second place finish in the SEC and 21 wins when the season was terminated. He averaged 16.7 points, 5.0 rebounds, 3.2 assists and 1.8 steals a game in 2019-20 and over four seasons had 88 games in double figures.

Her 4.046 GPA is one of the highest GPAs the LSU volleyball program has ever seen. She will graduate this month with a degree in kinesiology – human movement and plans to enroll in Physician Assistant School.

The four-time SEC Academic Honor Roll selection leaves the volleyball program as a top 10 setter in program history. She finished her career with 2,238 assists which ranks her eighth on the all-time list. She posted a career-high 65 assists in a five-set win over High Point in 2017.

Along with her academic and athletic achievements, Zwiebel has also been heavily involved in the Baton Rouge community with the Miracle League and Night to Shine, both organizations working with special needs. She also volunteered at Glasgow Middle School during PE classes and at Baton Rouge General. Along with her team, she volunteered with Athletes for Hope at a variety of locations and events.

The award recipients are chosen by a committee of Faculty Athletics Representatives from the 14 SEC institutions and are announced in May.