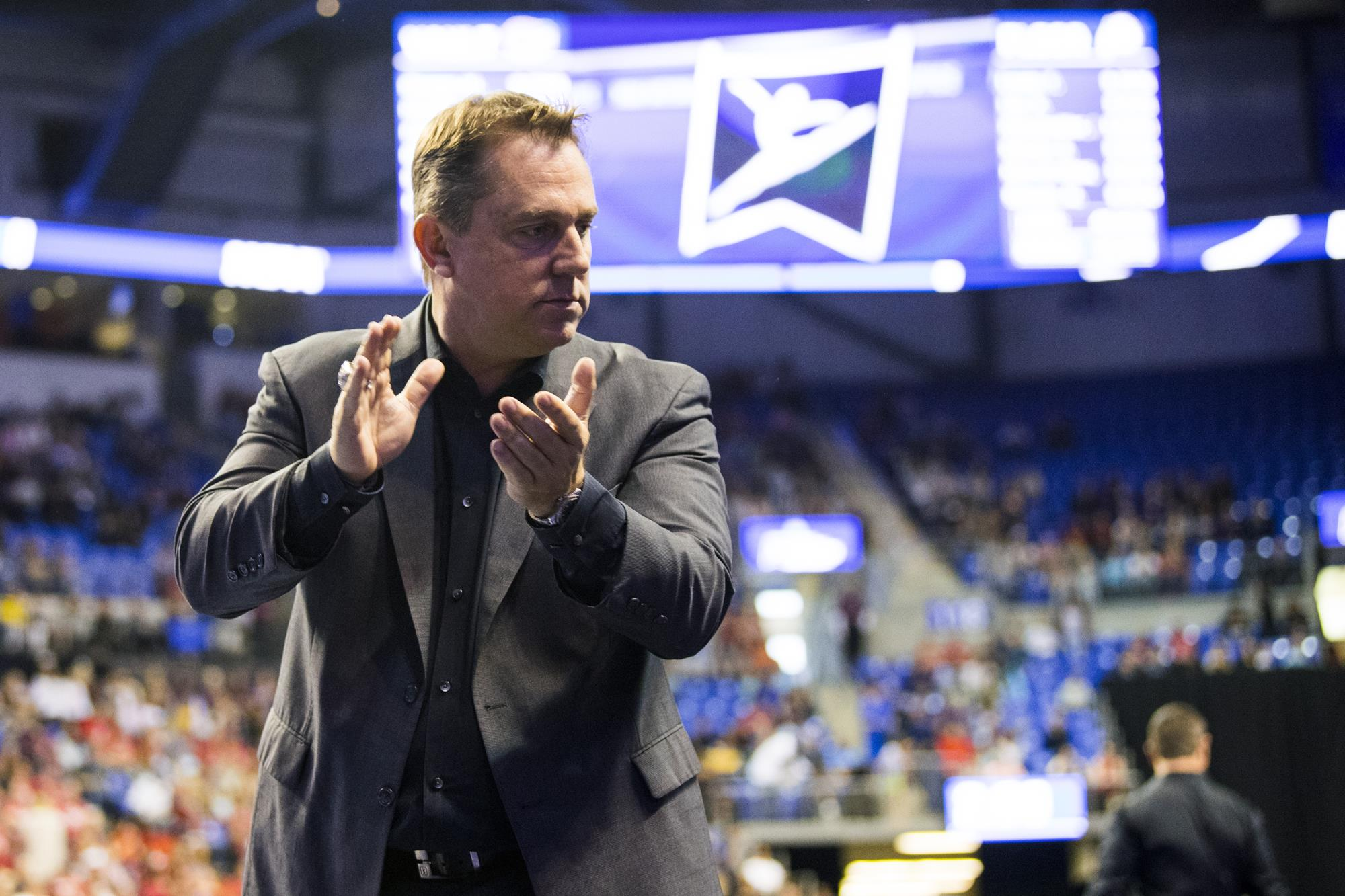 Like most people nowadays, LSU co-gymnastics head coach Jay Clark is trying to find new and innovative ways to entertain himself.

For Clark, four-to-five hour Zoom sessions a day and the creation of a virtual cigar club with club coaches around the country has been his blueprint to keeping busy.

“It’s for kids we’re trying to maintain (recruiting) relationships with,” Clark said, explaining the details. “A lot of it has just been protecting the relationships we have and staying engaged with those coaches.”

The group meets every Wednesday night, and sometimes, up to 30 people will be on the call simultaneously, where the coaches socialize and brainstorm about creative ways to make sure each kid stays on track.

As far as LSU gymnastics, Clark and his team are currently in “wait and see” mode. He’s cautiously hopeful he can get everybody back on campus this summer in some capacity. The truth is, nobody knows what the future looks like, but Clark is optimistic a possible summer return could be in the cards.

Unlike other sports, gymnasts are limited in what they can do from home to practice their events. For Clark, the biggest goal is to keep his squad in a position to be strong enough to begin the sport again, even though he realizes they likely won’t be in gymnastics shape when they return.

“No, and we’re really at a disadvantage that way because it’s such a specialized sport and need such specific types of equipment,” Clark noted. “We’ve been able to send them bands and some basic things.”

Earl Chevalier — LSU’s strength and conditioning coach — has worked closely alongside Coach Clark to craft three-week workout packages to send directly to the team at home. They can’t require them to do it. But it’s a plan, Clark says, the kids generally want to follow.

“A lot of it is bodyweight conditioning,” Clark said. “Even though we can’t really be in gymnastic shape, the idea is to make sure we’re not trying to turn marshmallows into steel when we get back.”

On Tuesday, all-around gymnast Kiya Johnson was named SEC Freshman of the Year, the second LSU gymnast in program history to receive the distinction. Also earning All-SEC and All-Freshman honors, Johnson put her rare talent on full display this season, winning 22 titles on the year and was well on pace to become the most decorated freshman gymnast in school history.

“It shouldn’t have been any secret,” Clark said on Johnson’s Freshman of the Year award. “It really wasn’t close to anybody that followed the SEC this year.”

Mature beyond her years, many forget Johnson was supposed to be a senior in high school this season. Instead, she was dominating the most competitive conference in collegiate gymnastics as a 17-year-old. Clark noted that Johnson showed an unbelievable consistency with her mindset and demeanor, drawing frequent comparisons to Sarah Finnegan, who many consider the greatest gymnast in LSU history.

“Her maturity is uncanny for a freshman,” Clark said. “We didn’t see that from Sarah Finnegan, as great as she turned out to be with the same type of character. We didn’t see this level of execution and performance from her until later in her career.”

Not being able to find out how special Johnson’s freshman campaign could have been is one of the many reasons why the sudden and premature end “stung” for Clark and the rest of the staff. He feels, from a health standpoint, the team was almost getting back to where they wanted to be.

“We felt like we were about to turn a corner,” Clark added. “You could kind of feel it. It stung from the standpoint of not being able to see it come to fruition, when we had battled through so many things this year.”

After taking some time to peruse over the depth chart, Clark expects LSU to be even deeper next year, and he’s especially excited about how talented the incoming freshmen are going to be. Clark especially highlighted Haleigh Bryant as one freshman that’s going to jump off the page.

“If everything holds the way it is right now, I think we’ll be 12, maybe 13 people deep on every event,” Clark said. “That’s something we haven’t had — I don’t think since I’ve been here.”

With each passing day, the light at the end of the tunnel seems to get a little bit brighter. And with the return of sports still up in the balance, Clark, however, remains optimistic about the possibility of getting back to normal footing next season.

“I’m sure there will be some behavioral things that we’ll have to modify,” Clark said. “I don’t really know what that’s going to look like yet. But I’m just optimistic that we’re going to be able to get them back on campus, at some level, this summer. By the time we get to our season, we should have our arms wrapped around this thing at a level that mitigates a great deal of the risk and we can move forward.”