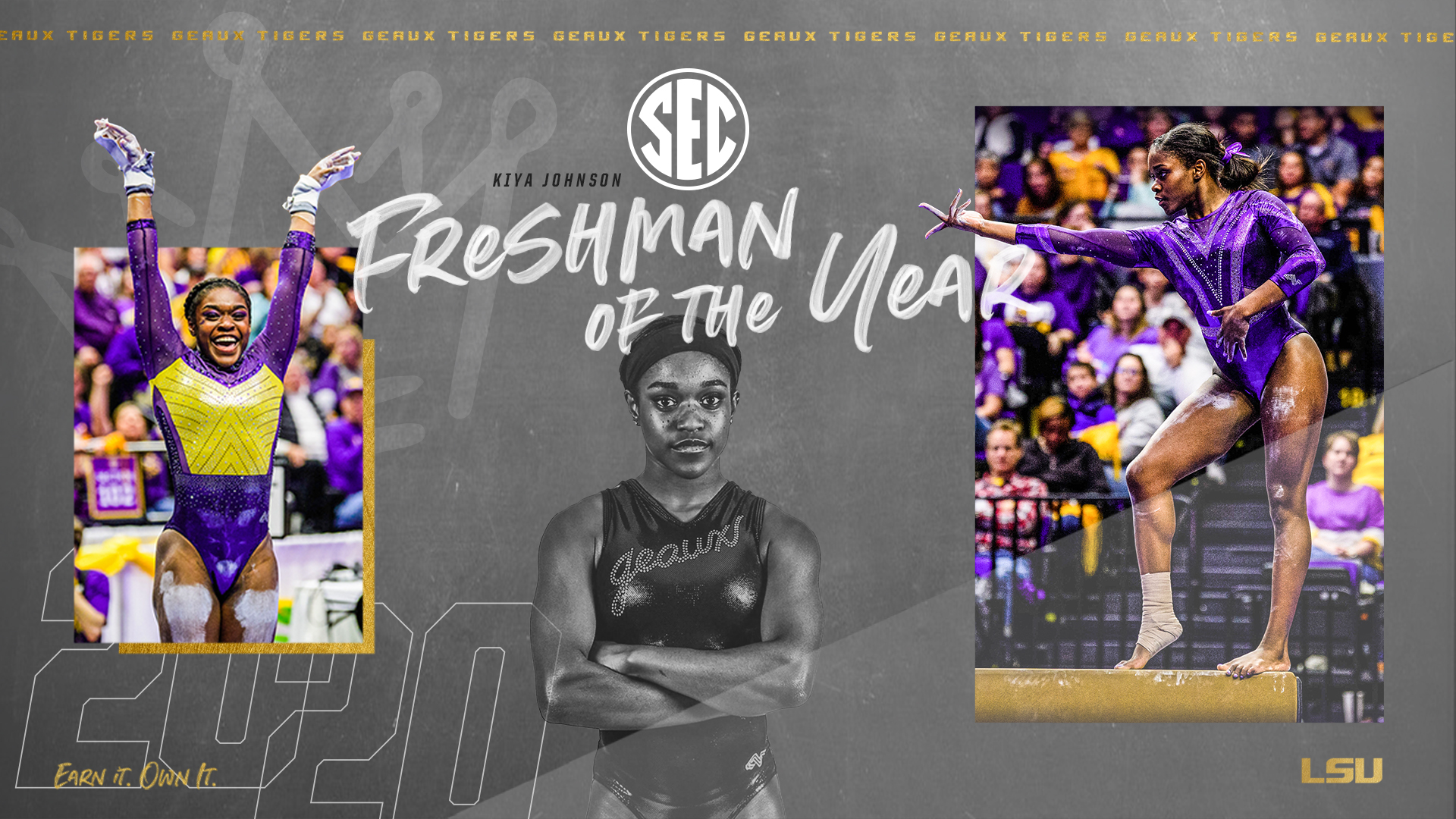 Johnson, who also earned All-SEC and All-Freshman team honors, joins April Burkholder as the only LSU gymnasts to be named the top freshman in the league.

The Dallas, Texas, native was on pace to become the most decorated freshman gymnast in school history before the 2020 season ended in March. She earned All-America honors on vault, floor and all-around.

In her debut season, Johnson scored a perfect score on vault and beam, multiple 9.975s on floor and 9.95 on bars. The Dallas, Texas, native finished second on floor, fourth on vault and sixth in the all-around.

Johnson was one of four gymnasts in the country to earn a 10 on multiple events. With a 10 on beam, Johnson became the third LSU freshman to score a perfect 10 and fourth gymnast to do it on the event. Her 10 on vault was the first for an LSU freshman.

Overall, Johnson won 22 titles on the year with seven on floor, six in the all-around, five on vault, three on beam and one on bars. Her seven floor titles are tied for eighth by a gymnast in a season in school history.

Edney joined Johnson on the All-SEC team in 2020. The senior finished her career as an 18-time All-American and two-time NCAA champion.