Swimming and Diving Announces Team Awards at Banquet Via Zoom 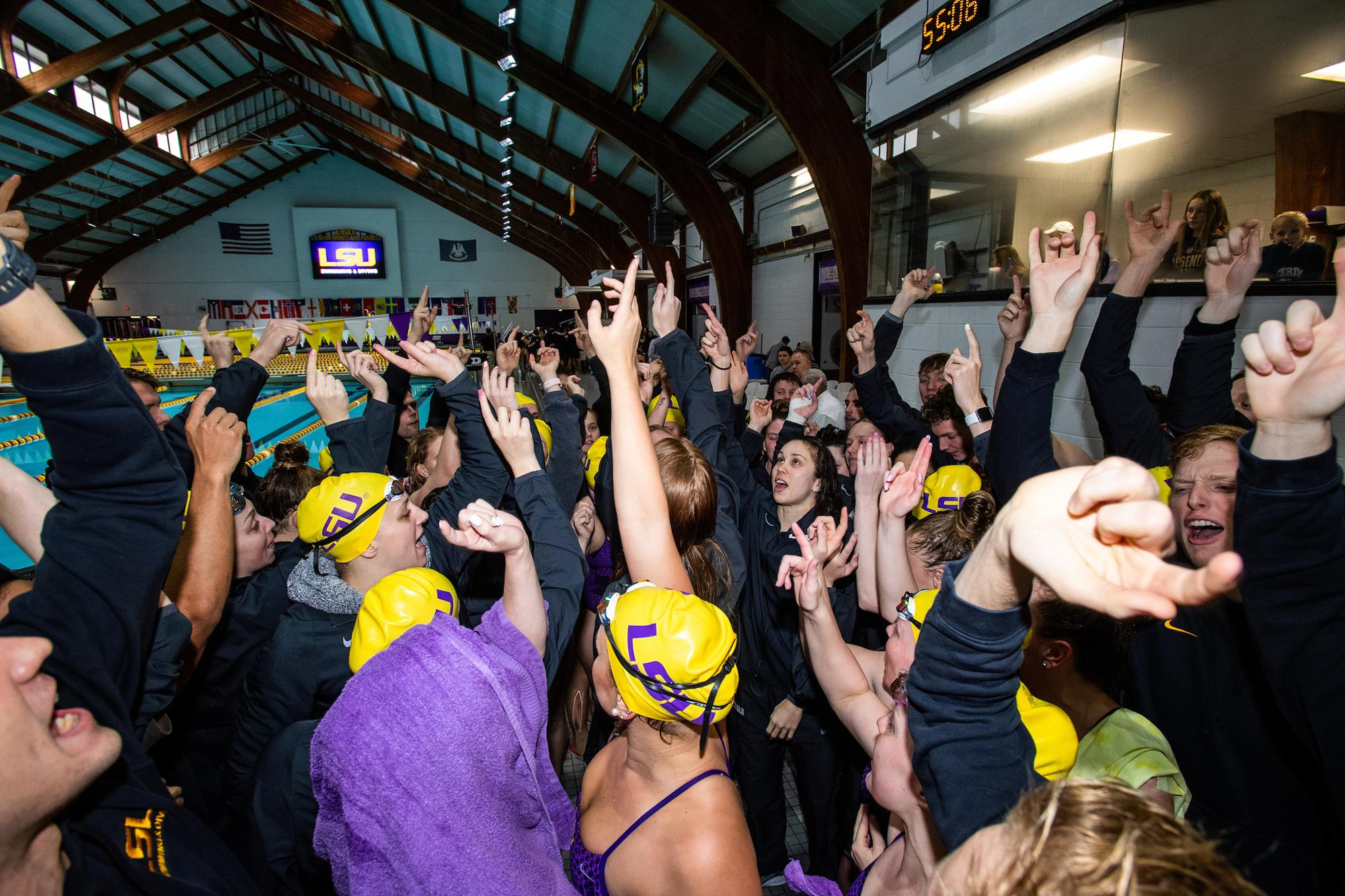 Baton Rouge – The LSU Swimming and Diving team held its annual end-of-the-season banquet by Zoom on Thursday, as head coaches Dave Geyer, Doug Shaffer and the rest of the staff announced several awards.

Freshman Brooks Curry was named Most Valuable Male, Most Improved Male, and Male Newcomer of the Year. Curry was named Male Freshman Swimmer of the Year and was named to the All-SEC First Team and Freshman Team for his success throughout the season. He made a splash in a freshman season that included three individual school records and four relay school records. At the 2020 SEC Championships, Curry broke school records in the 50, 100, and 200-Yard Freestyle. He became LSU’s first gold medal winner since 2004 after winning the 100-Yard Free with a time of 41.81. He earned the silver in the 200-Yard Free with a time of 1:32.43 and finished sixth in the 50-Yard Free with a time of 19.39. Curry finished the season as the fastest freshman in the country in all three freestyle events. His performance at the SEC Championships qualified him for the NCAA Championships in all three freestyle events.

Niamh Robinson was named Most Valuable Female, and Female Newcomer of the Year for her efforts during the season. This season, Robinson qualified for the NCAA Championships in both the 100 and 200-Yard Breast with her swims at this year’s SEC Championships. In the 100-Yard, she finished in sixth place with a time of 59.85. She finished in fifth place in the 100-Yard with a time of 2:08.37, improving her school record time she set back in November at the SMU Invitational.

These two freshmen set the standard during year one. pic.twitter.com/BddwHADvGG

The Stripes Award, who goes to the male and female that best exemplifies what it means to be an LSU Tiger in the community, was given to seniors Keagan Finley and Alexandria Ham. For Finley, one of his most important community service projects was biking across the country to raise awareness and funds for pediatric brain cancer research for the Cannonballs for Kayne Foundation. He also volunteered for Tiger Aquatics, timing events, running papers, or assisting in other areas as needed. A team captain, Finley was the male volunteer of the year at LSU (2019) and is on the board for Cannonballs for Kayne Foundation.

Ham interned for Athletes for Hope in the summer of 2019, where she gathered volunteers and raised awareness for St. Jude. Last year, she was a Gardere Community Christian School Mentor, where she led activities and lessons at the school as well as interacted with the kids during recess to promote healthy habits. Ham spent a week in Piedras Negras, Mexico with the Baptist Collegiate Ministries serving local churches in the area. She regularly volunteers with Special Olympics, including Camp Shriver (June 2019), Baton Rouge Special Olympics Championships (March 2018 and 2019) and A Night to Shine. Ham also volunteers with ministries meant to serve the homeless of Baton Rouge, including Serve the City and Desert Harvest which both aid in providing food to those in need. She was a family group leader in July 2018 at Cross Camp, leading 15 kids throughout the week. Ham helped run Progression Church Vacation Bible School in the summer of 2018 and 2019. Other events include hours at Companion Animal Alliance, Girls on the Run, Baton Rouge Zoo Events, and Boys and Girls Club Volunteer. She was the LSU female nominee for the 2018-19 Brad Davis SEC Community Service Leader of the Year award. Ham was awarded the LSU Scholar-Athlete Award (Fall 2016-Spring 2019) and named to the LSU Dean’s List (Fall 2016-Spring 2019).

Keagan Finley and Alexandria Ham have been named to the 2020 SEC Swimming and Diving Community Service Team!#TheLSUWay

Katarina Milutinovich moves up to third all-time in LSU history and qualifies for the ‘B’ Final in the 200 Free with a time of 1:45.76!#TheLSUWay | #SECSD20 pic.twitter.com/Gt1hbmAVRx