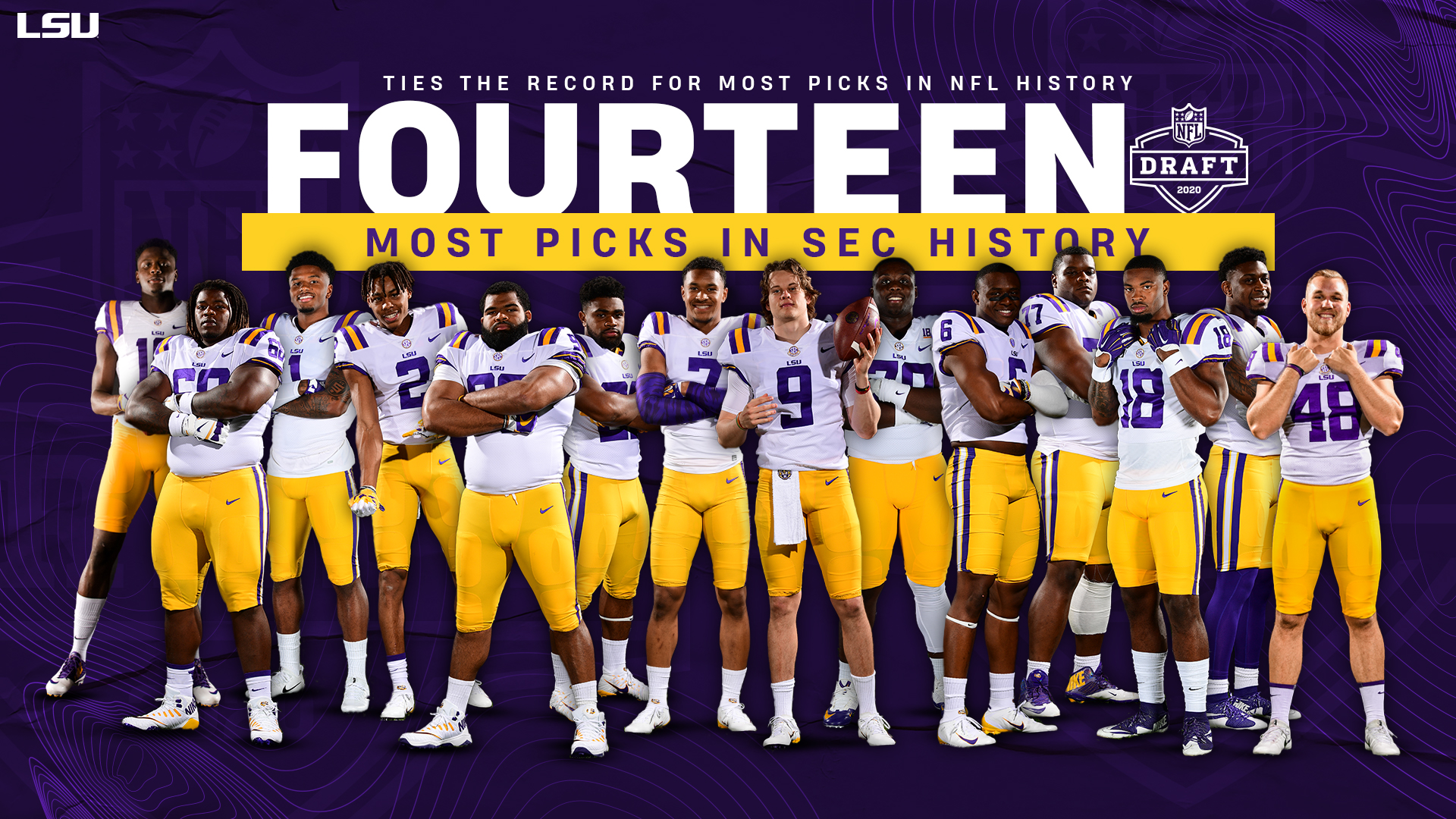 BATON ROUGE — The 2019 LSU Football team continued to show that is was, in fact, The Best Ever. Four more Tigers were selected in the final rounds of the 2020 NFL Draft, giving LSU an NCAA record-tying 14 selections in the seven-round “virtual draft” that concluded on Saturday.

LSU, which defeated Clemson in the College Football Playoff championship game on Jan. 13, opened the draft with No. 1 overall selection – Heisman Trophy winning quarterback Joe Burrow – on Thursday. A school-record five Tigers were selected in the first round, with five more coming off the board during Friday’s second and third rounds.

The final three Tigers selected on Saturday were seniors and four-year letterwinners who helped the Tigers win the program’s fourth national championship.