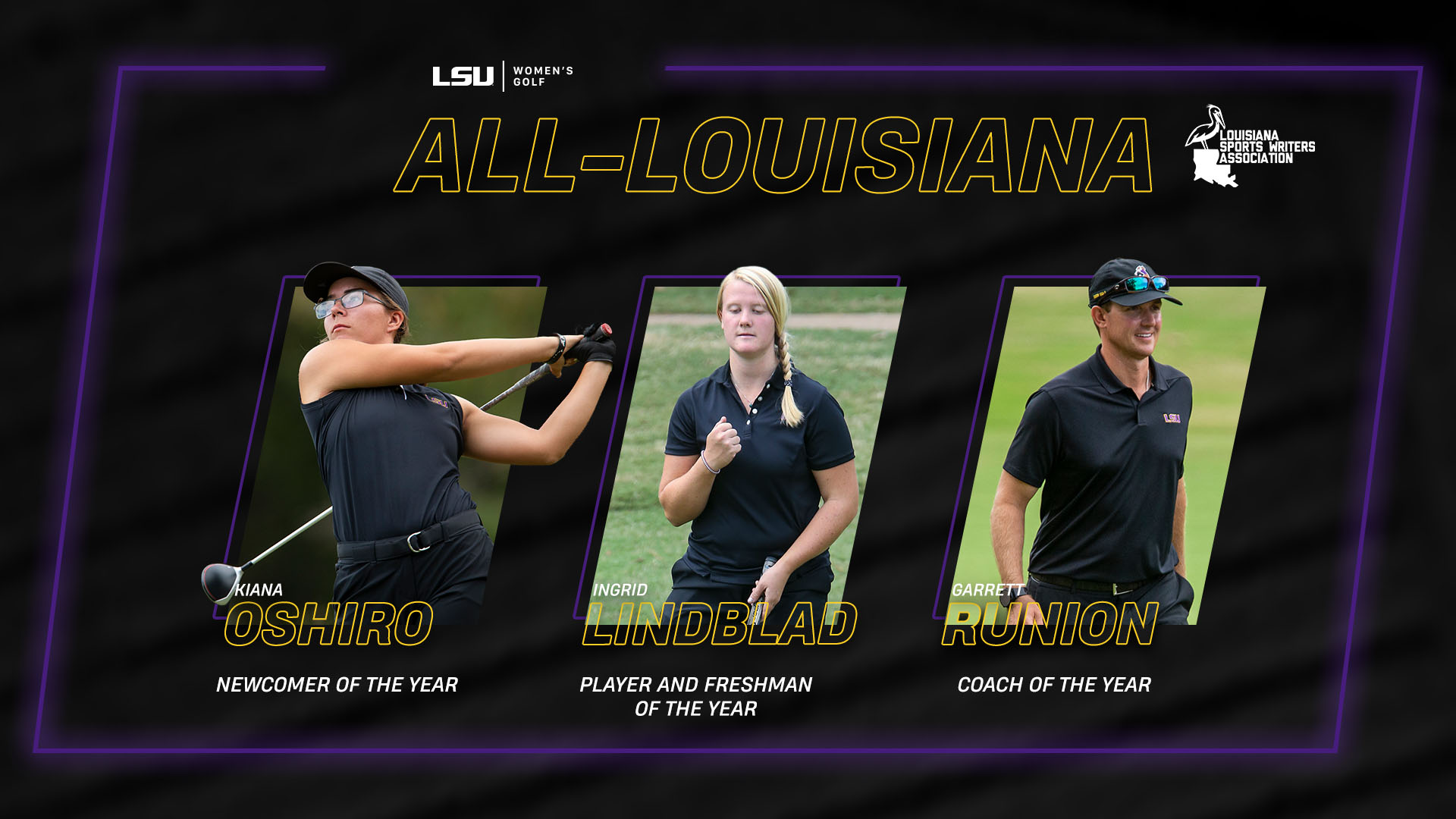 Lindblad posted the lowest single-season average in LSU history with a 70.33. She finished the season ranked No. 2 by Golfweek and No. 9 by Golfstat. The Halmstad, Sweden native is a finalist for the 2020 ANNIKA Award presented by Stifel given annually to the top female collegiate golfer. She shot 14 of 21 rounds of par or under over seven tournaments. She recorded five Top-5 finishes with two wins at the Magnolia Invitational (October 14-16, 2019) and the Florida State Match-Up (February 29-March 1, 2020). Lindblad shot a career single-round low of 6-under 66 to start the Spring season in the first round of the IJGA Collegiate Invitational on February 16, 2020.

In addition to recognition by the ANNIKA Award, Lindblad received an invitation to the 2020 Augusta National Women’s Amateur and was selected to the International Team for the 2020 Palmer Cup. She also earned SEC honors for Freshman of the Week on February 19 and Golfer of the Week on March 4.

Lindblad, Griffin and Stone were joined on the All-Louisiana Team by Tulane’s Carlota Palacios and Jennifer Rosenberg.

Stone was second on the team with a 72.56 average and shot six of her 18 rounds at par/under. The Riverview, Florida native ranked No. 38 in the NCAA by Golfstat and No. 24 in the SEC. Her season average ranks fifth on the LSU single-season list. Her top finish was second at the Battle at the Beach (November 1-3, 2019). She posted three Top-10 finishes in six tournaments. Stone is also a Palmer Cup selection for the United States Team.

Griffin was third on the team with a 73.86 with seven rounds of par/under out of her 21 rounds played. The Sebring, Florida native posted three Top-20 finishes in seven tournaments. 2019-20 was the best season of her LSU career, dropping two strokes off her average this season and five off since her freshman year. Griffin finished the season ranked No. 158 in the NCAA by Golfstat and No. 49 in the SEC.

Oshiro joined the Tigers following a stellar junior college career at Western Texas College. She posted a 74.33 scoring average while playing in five tournaments for LSU. The Central Point, Oregon native posted her top finish at the Magnolia Invitational in October with a season-best 6-under 210 to finish tied for third. She finished the season ranked No. 58 in the SEC.

Runion took a young team that finished No. 72 nationally last season to a No. 12-ranking by Golfweek. The Tigers claimed three titles during the season – the Princess Anne Invitational, the Magnolia Invitational and the Florida State Match-Up – and recorded six top-three finishes in seven events. LSU began the 2019-20 season with a third-place finish at the Mercedes-Benz Championship and followed up with back-to-back wins.

The Tigers wrapped up the Fall season with a second-place performance at the Battle at the Beach and started the Spring with a second-place finish at the IJGA Invitational. At the Florida State Match-Up, all five scoring players finished in the Top-18 on the leaderboard as LSU claimed the most team titles in a season since 2014-15.