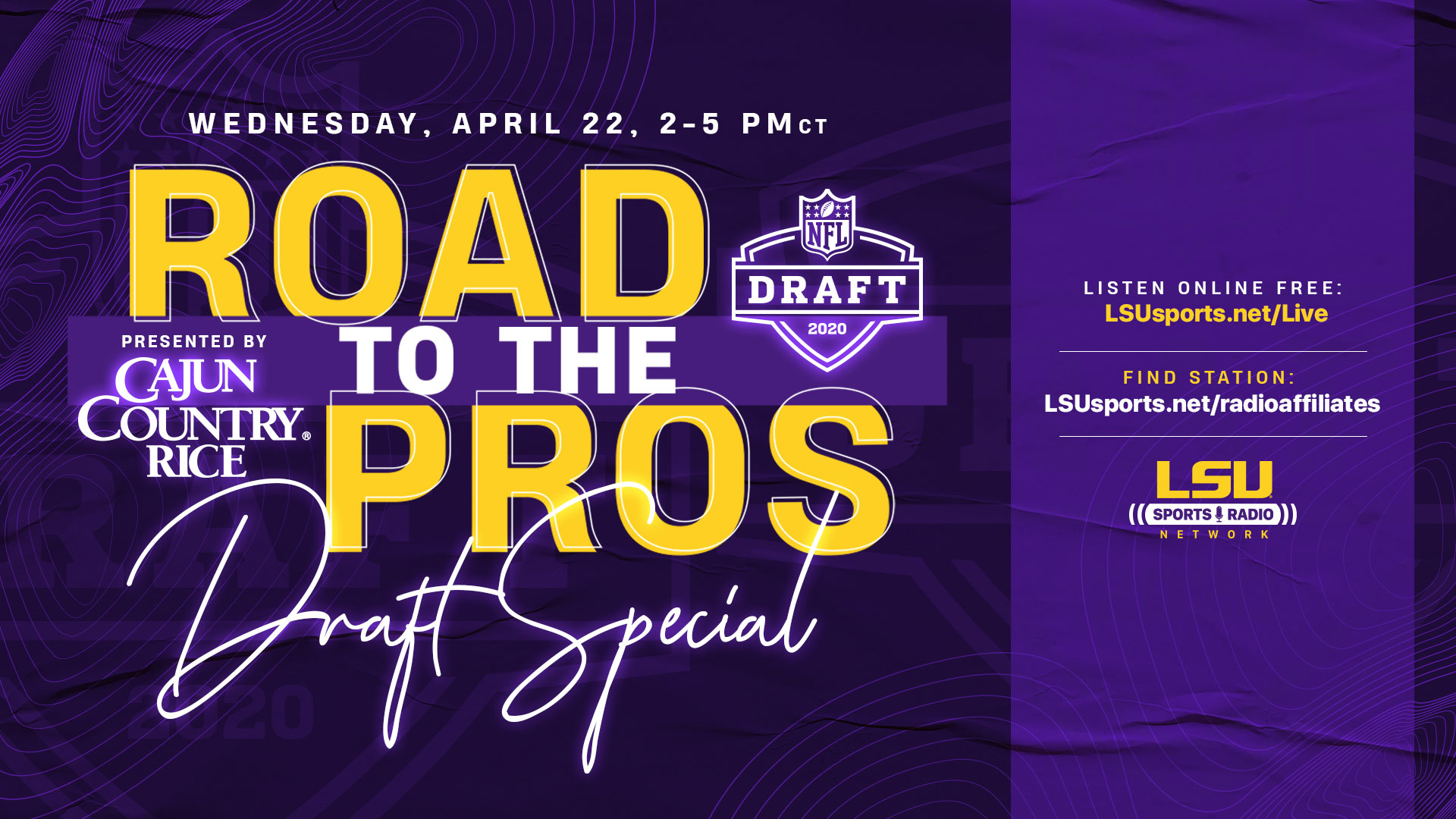 BATON ROUGE – “Road to the Pros: LSU Draft Special” presented by Cajun Country Rice and hosted by the Voice of the Tigers Chris Blair will air Wednesday (April 22) from 2-5 p.m. CT on the LSU Sports Radio Network and LSUsports.net.

“Road to the Pros: LSU Draft Special” presented by Cajun Country Rice can be heard on the LSU Sports Radio Network as well as LSUsports.net/live. Check local listings for stations and air time in your areas.

LSU’s draft special will preview what will be a record-setting three days for the Tigers as the program is expected to see as many as 14 players taken in the NFL Draft. The Tigers, who are coming off a 15-0 national championship season, will set the school record for most players taken in a single year, which currently stands at nine in both the 2013 and 2014 drafts.

Heisman Trophy quarterback Joe Burrow is widely considered to be the No. 1 overall pick by the Cincinnati Bengals. Burrow could be joined in the first round by as many as six of his LSU teammates, which would set the record for most first round picks from a single school.

Miami currently holds the NFL record with six first round picks set in 2004. The LSU record for most first round picks in a single draft came in 2007 when four Tigers – JaMarcus Russell, LaRon Landry, Dwayne Bowe and Craig Davis – went during the opening round.

LSU’s NFL Draft Special will include interviews with national coach of the year Ed Orgeron as well as assistant coaches Kevin Faulk and Mickey Joseph. The three-hour show will also include an interview with Burrow in what is his final interview before entering the NFL.

Blair will be joined on the broadcast by Emily Dixon and Cody Worsham of LSUsports.net as they interviewed many of LSU’s draft hopefuls to discuss draft preparation and how they have prepared for the next level during these unprecedented times.

Another segment of the radio show will be a roundtable discussion with Blair and two former LSU standouts in Booger McFarland and Jacob Hester.

McFarland, who won Super Bowls with both the Buccaneers and the Colts, is currently part of ESPN’s Monday Night Football broadcast team. McFarland was a first round draft pick of Tampa Bay in 1999.

Hester was a third round pick of the San Diego Chargers in 2008 and spent five years in the NFL, four with the Chargers and one with the Broncos.

Hester and McFarland will breakdown LSU’s draft-eligible players and also take about their draft day experience.