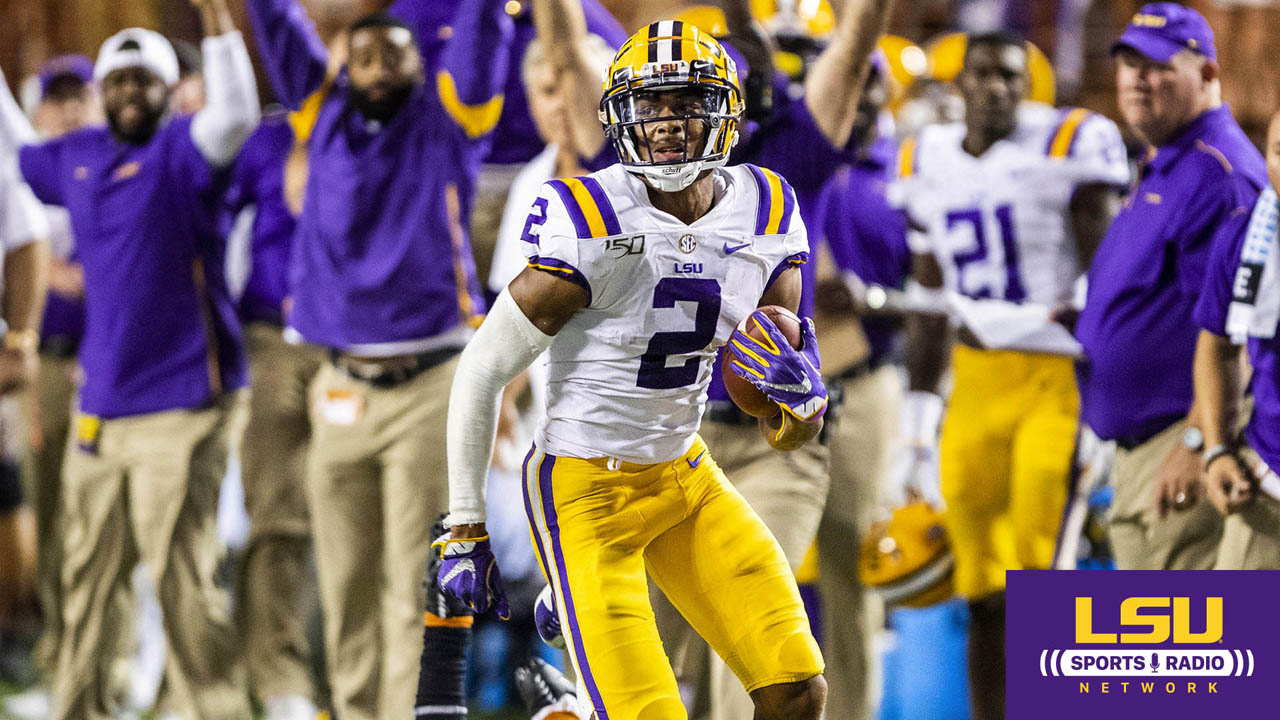 BATON ROUGE – Radio broadcasts of some of LSU’s biggest wins of the football season will begin airing Saturday when the LSU Sports Radio Network will replay the Tigers’ 45-38 win over then-No. 9 Texas from week 2 of the season.

The re-air of the LSU Sports Network broadcast of the Texas game will begin at 2:30 p.m. CT tomorrow and will be carried in the Baton Rouge area on 98.1 FM as well as on LSUsports.net/live. WWL Radio in New Orleans will air the broadcast starting at 5 p.m. tomorrow.

The LSU-Texas radio re-broadcast will be the first of eight over the next eight Saturday afternoons. Next week, fans will get the opportunity to hear Chris Blair and Doug Moreau’s call of LSU’s 42-28 win over Florida in Tiger Stadium from October.

Against the Longhorns, Joe Burrow gave Tiger fans a glimpse of what type of season they were in store for as the senior completed 31-of-39 passes for 471 yards and four TDs in the 45-38 win in Austin. Three Tiger receivers – Justin Jefferson (9 for 163, 3 TDs), Ja’Marr Chase (8 for 147) and Terrace Marshall (6 for 123) – went over the 100-yard mark, a first in LSU history, while Clyde Edwards-Helaire rushed for 87 yards and a TD in the victory.

Burrow’s 61-yard touchdown pass to Jefferson on third-and-17 from the LSU 39-yard line with just over two minutes left in the contest was not only the game-clinching score, but was arguably the offensive play of the year for the Tigers.

“He was so fired up,” Orgeron said of Burrow following that play. “The kid is a baller. He lives for that moment, and I’ll tell you what, those were some tough plays. It was loud out there, and he got it done.”

After the game, Burrow said of the play, “[Texas] was playing so well on offense, we knew we were going to have to score again to win. I kept telling the guys, ‘Forty and we’ll win.’ We had to stay aggressive.”

The win over Texas pushed LSU’s record to 2-0 overall and moved the Tigers from No. 6 in the nation to No. 4 the following week when they easily handled Northwestern State, 65-14, in Tiger Stadium to move to 3-0 overall.