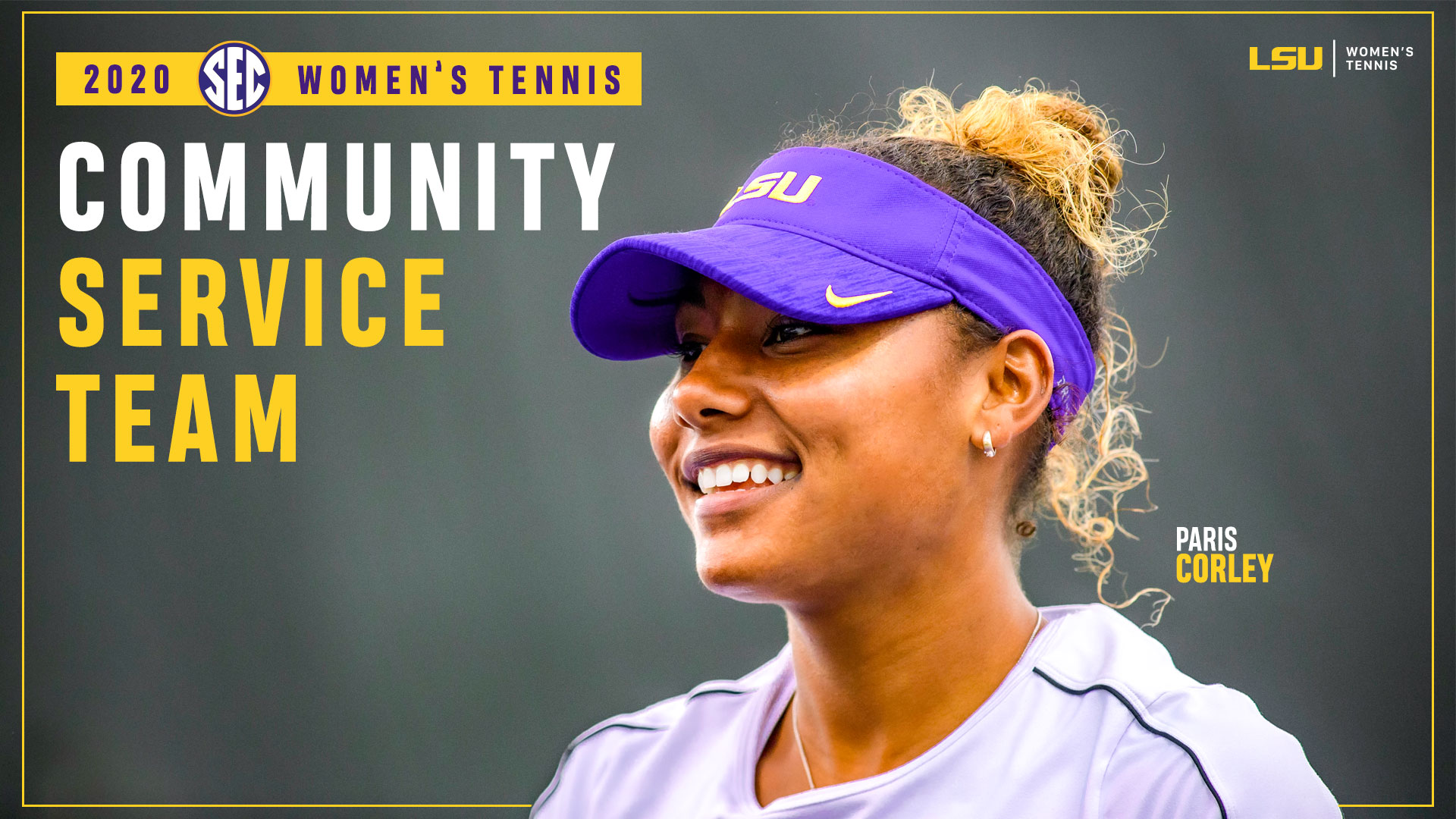 BIRMINGHAM, Ala. – LSU women’s tennis senior Paris Corley was named to the Southeastern Conference Women’s Tennis Community Service Team on Wednesday for her volunteering efforts in the Baton Rouge community.

“Paris truly cares for others,” co-head coach Michael Sell said. “This honor is just one part of who she truly is: a tremendous student, competitor, and someone who genuinely cares for others. She wants to help people and takes pride in her work as she is extremely selfless in her actions.”

“It’s an honor to be selected for this accomplishment,” Corley said. “Being a part of the SEC and having the platform to impact the community is very special to me. I’m excited to continue to serve alongside my fellow student-athletes when I return to Baton Rouge.”