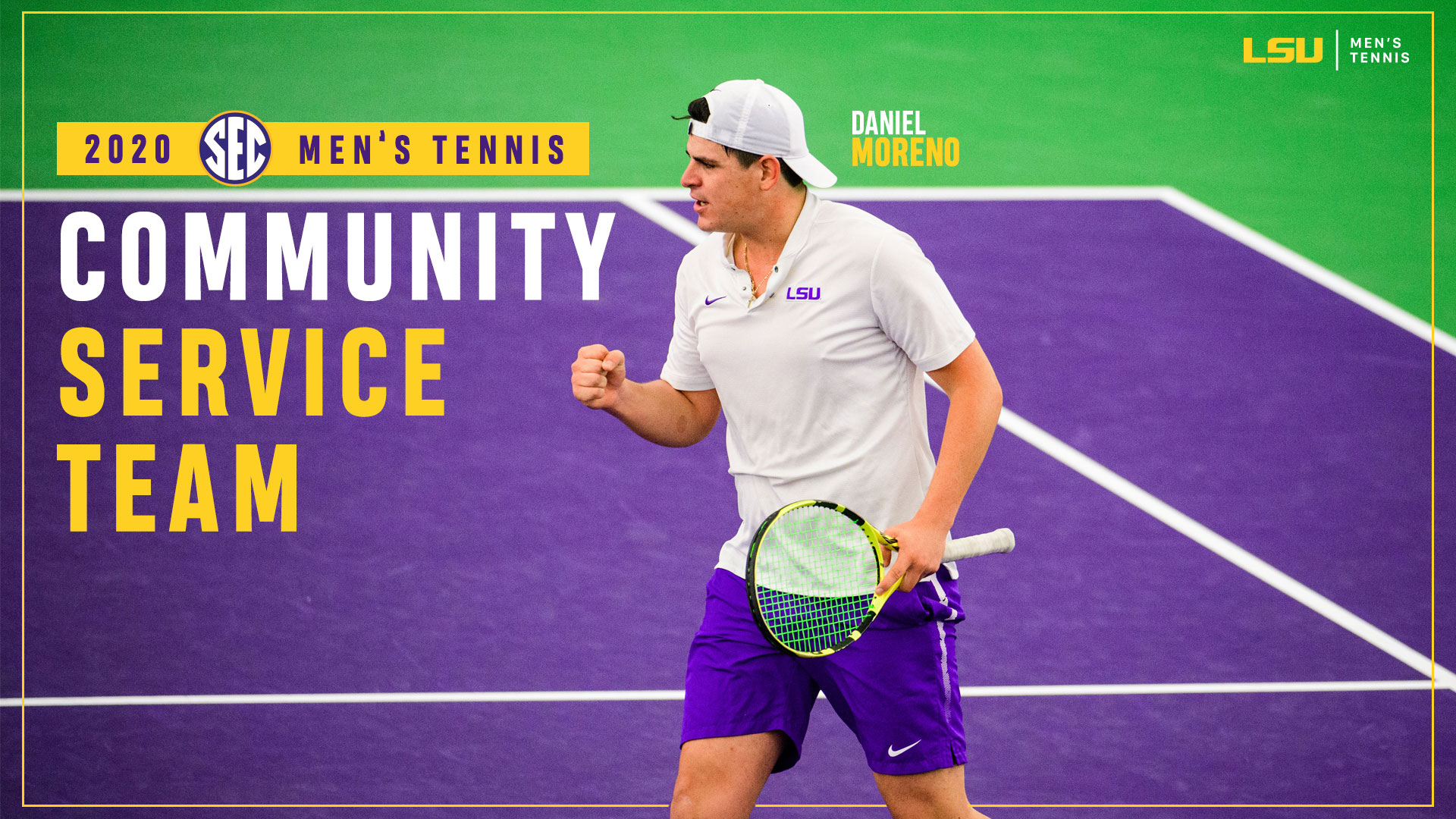 BATON ROUGE—The Southeastern Conference announced its Community Service Team for the 2019-20 men’s tennis season on Thursday, as sophomore Daniel Moreno was recognized as one of 13 student-athletes within the conference to be named to the team.

Moreno, the Guadalajara, Mexico native, spent many hours giving back to the Baton Rouge community throughout the summer and fall. For the second year in a row, Daniel volunteered at the Knock Knock Museum, a local children’s museum intended to provide high-quality learning experiences for children. The museum is also geared to expand knowledge in STEM subjects while increasing early literacy skills through their specialized interactive exhibits.

Prior to LSU’s campus closing, Moreno was coordinating a demonstration for World Water Day. He also participated in the Halloween Boozar, which is a free event that provided a safe and fun environment for children and their families to enjoy trick-or-treating activities and carnival games, while interacting with student-athletes from several LSU Athletics teams.

Moreno finished the season with a 2-0 record in singles. Alongside junior Joey Thomas, the duo went 13-4 in doubles while claiming the ITA Southern Regional Championship.

In a continuing effort to recognize the accomplishments of student-athletes beyond the field of competition, all league-sponsored sports have had a Community Service Team since 2004 – with at-large teams for men’s and women’s sports being chosen from 1999-2003.