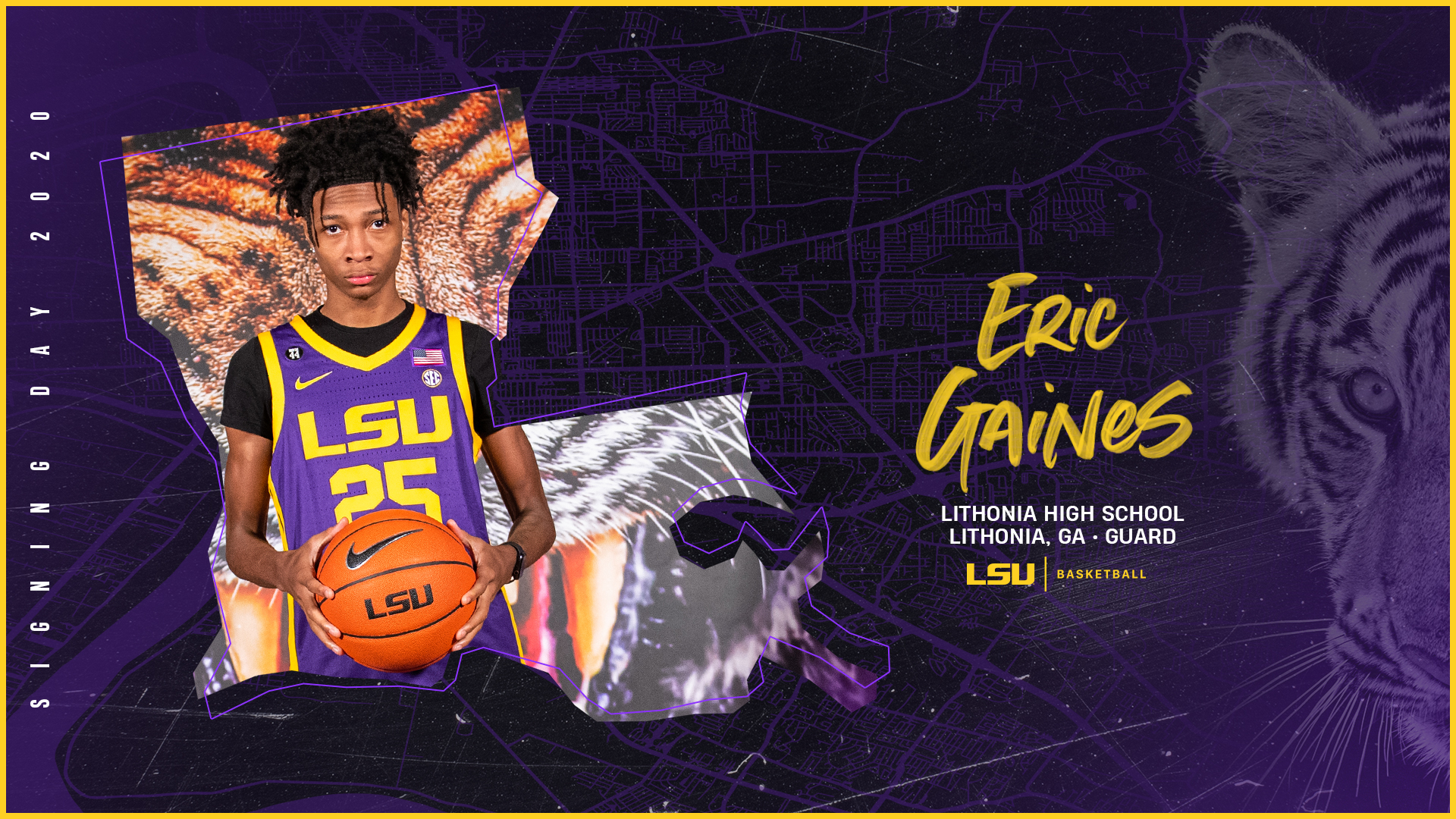 BATON ROUGE – Four-star point guard Eric Gaines of Lithonia, Georgia completed the LSU men’s basketball signees for the opening day of the April signing period after his national letter of intent was received and approved by the LSU Athletics Department.

“We are very excited about adding Eric Gaines who is a tremendous leader and plays with a great motor,” said LSU Coach Will Wade. “He is an exceptional athlete with length who is an effortless scorer inside and outside, great passer and defends at a high level.”

Gaines received several honors in the state of Georgia at the end of his senior season including being named the Atlanta Journal Constitution All-Metro DeKalb County Player of the Year and First-Team on the AJC boys 5A All-State team.

He also was the Georgia Coaches Association (GACA) 5A North Player of the Year and first team on the AJC boys’ Atlanta All-Metro (Dekalb County) First team.

The Tigers also have two transfers for the 2020-21 season –  Shareef O’Neal, the son of former LSU and NBA star Shaquille O’Neal, signed paperwork on Wednesday as well to play for LSU, transferring after his redshirt freshman season at UCLA. Also, Josh LeBlanc, who came to LSU from Georgetown at the start of January. LeBlanc is from Baton Rouge (Madison Prep Academy) and practiced with the team during the conference portion of the season.