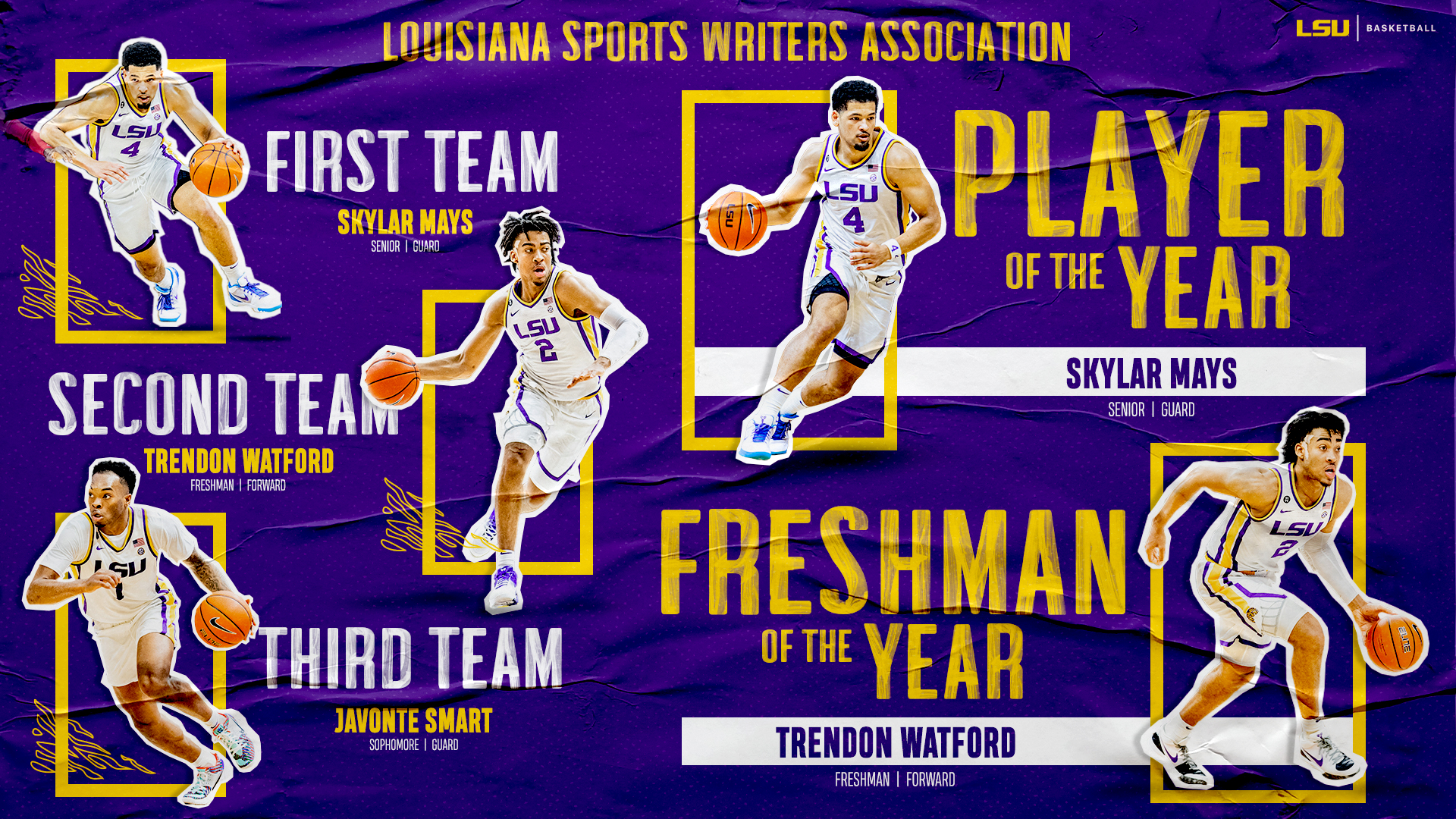 Mays earned first-team honors and was named the LSWA Player of the Year after a stellar season to complete his four-year career.

Watford was a second-team selection and was chosen by the voters as LSWA Freshman of the Year.

Sophomore guard Javonte Smart was part of the All-Louisiana team selected for the third team.

Mays was eighth in the Southeastern Conference in scoring and fifth in both field goal percentage (49.1 percent) and free throw percentage (85.4 percent). The Baton Rouge native was fourth in steals average. He also earned first-team All-SEC honors.

Watford, a native of Birmingham, Alabama, was second on the LSU team in scoring at 13.6 points per game and a team best 7.2 rebounds a game. Watford started 30 games, scoring in double figures 25 times, including 13-of-the-last-14 games the Tigers played. He scored 26 points at Vanderbilt, 22 points in the SEC/Big 12 Challenge game at Texas and 21 points in the win at home against Arkansas.

Watford was sixth in rebound average overall and third in the 18-game league rebounding stats with a team best 8.1 boards a game.

The Tigers finished in a tie for second in the SEC and posted a 21-10 overall record, winning 20 games in back-to-back seasons for just the third time in the last 27 years.

Louisiana Tech Coach Eric Konkol, who became the first Bulldog coach to claim LSWA Men’s Coach of the Year honors since Kerry Rupp in 2010, led Louisiana Tech to a 22-8 overall record, the most wins among both Conference USA and in-state Division I schools.

Under Konkol’s guidance, the Bulldogs, went 15-1 at home, finished second overall in C-USA with 13-5 conference mark, and was one of eight teams nationally to rank in the top-40 in both field goal percentage and field goal defense.

Jalen Johnson of UL-Lafayette earned Newcomer of the Year honors. Johnson, a second-team selection who prepped at Baton Rouge’s University Lab, finished as the top newcomer in the Sun Belt Conference in scoring after averaging a team-high 15.5 points per game. The junior led the Ragin’ Cajuns in rebounds (6.6) and ranked among the Sun Belt Conference leaders in scoring, rebounds, free throw percentage (.829), field goal percentage (.428) and minutes played per game (33.9).

Joining Johnson and Watford on the second team was Malik Amos of Dillard, Michael Ertel of ULM and William Loyd of Xavier.