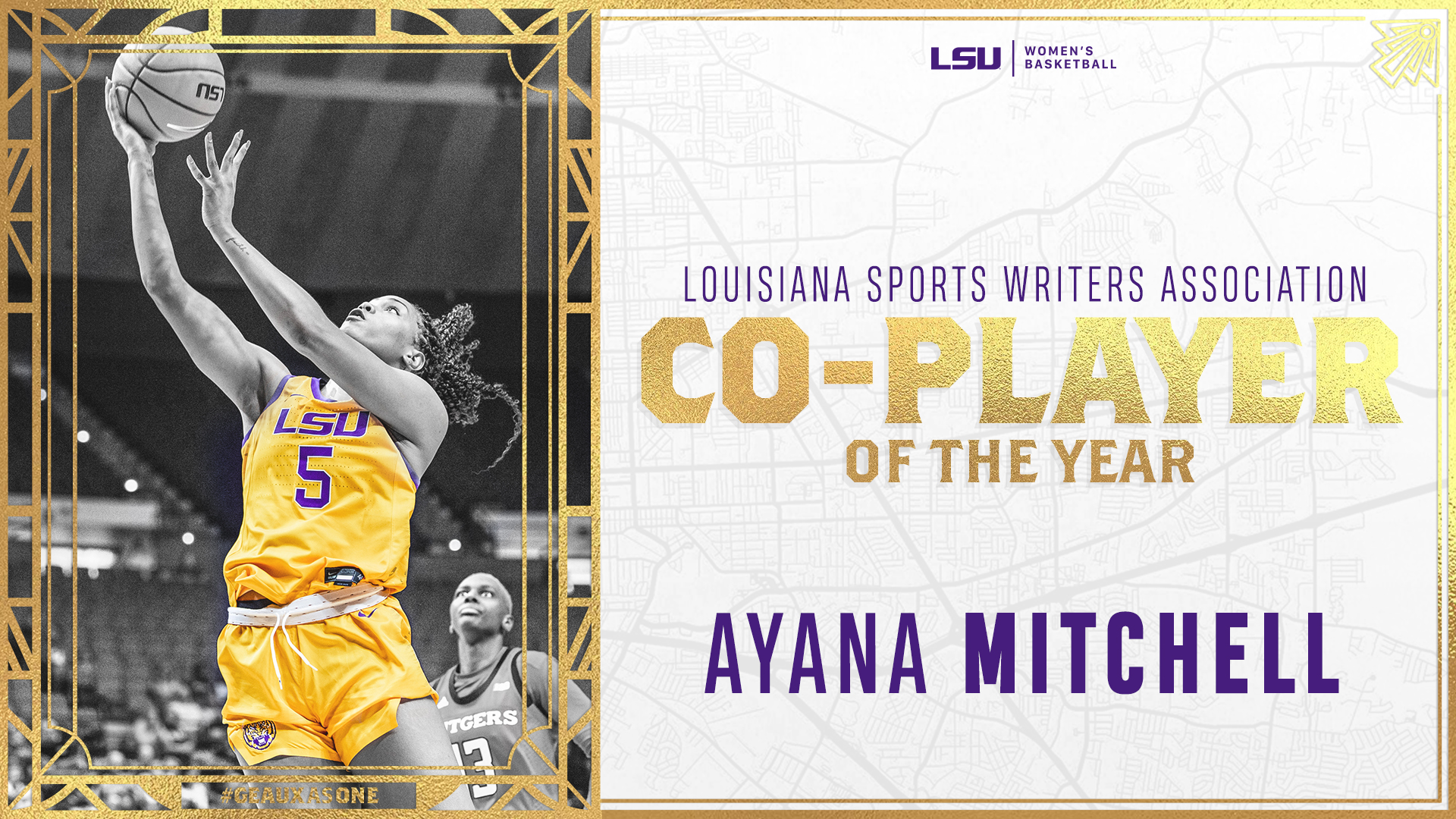 Mitchell, a forward from Conyers, Georgia, is the first LSU player to be named Player of the Year by the LSWA since Raigyne Moncreif-Louis earned the honor in 2017. It is Mitchell’s second season in a row to earn First Team accolades from the state media association. Mitchell averaged 13.0 points, 8.5 rebounds and 1.3 steals per game before having her season cut short on February 2 with a knee injury. Her 67.9 field goal percentage led the league and ranked third in the nation at the time. She posted nine double-doubles in 22 games played and became just the fifth LSU player to record 1,000 career points and 900 career rebounds. Mitchell was named All-SEC Second Team and named to the SEC Community Service Team. She was one of 10 finalists for the Katrina McClain Award. This season she was also on watch lists for the John R. Wooden Award and the Naismith Trophy.

Trasi, a transfer from Northwest Florida State College, averaged 6.5 points and 3.7 rebounds per game for the Tigers. The native of Toulouse, France moved into the starting lineup over the last nine games of the season to take over for the injured Mitchell. Over that stretch, she averaged 10.4 points and 4.8 rebounds per game, including a game-high 22 points in a win over nationally-ranked Tennessee.

Pointer, a guard from Marietta, Georgia, led LSU with 14.8 points and 4.8 assists per game. She has been the ironwoman of the team averaging 32.7 minutes per game, including a stretch in early February of three consecutive 40-minute games. She was the top free throw shooter on the team with a 71.6 percentage from the charity stripe and led the team with 2.1 steals per game. The All-SEC Second Team honoree earned her 900th career point on March 1 and dished out her 300th career assist on February 13.

Aifuwa, a center from Dacula, Georgia, was LSU’s top shot blocker with 2.1 per game and top rebounder since the injury to Mitchell with 7.9 rebounds per game. An All-SEC Defensive Team selection, she led the team in defensive rebounds with 5.6 per game. She was the third-leading scorer with 10.9 points per game. Earlier in the season, Aifuwa became LSU’s eighth player to record 100 career blocked shots, while earning her 700th career point and 500th career rebound late in the season.

For a full list of the 2020 All-Louisiana honors, go to The Advocate Sports page.