With No Baseball in April, Paul Mainieri Looks for Hope in an Uncertain Future 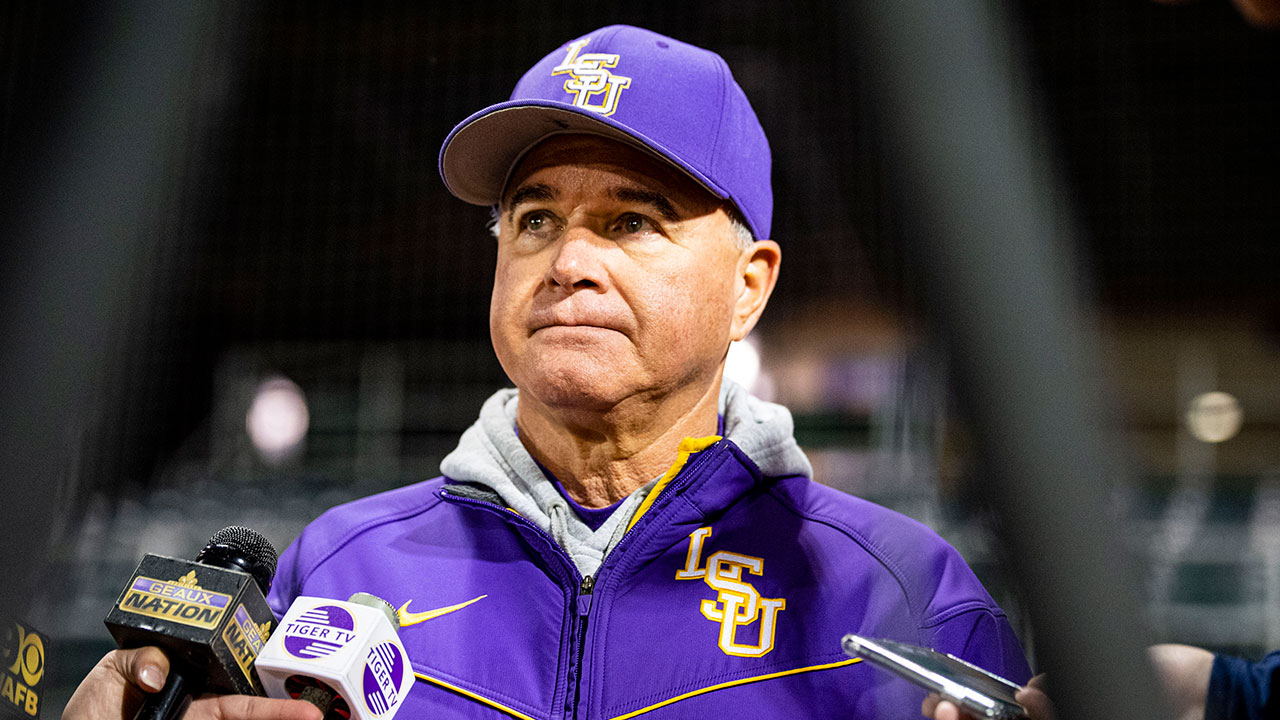 He knew he wasn’t supposed to be home this weekend, watching movies he’d already seen before or replays of classic games on the MLB Network. It’s April, after all, and April is not supposed to be spent doing press conferences from his bedroom.

But he didn’t remember what he was supposed to be doing, until someone reminded him. This weekend, his Tigers should’ve been hosting Vanderbilt, the defending College World Series champions, in Baton Rouge. A sell out crowd should’ve been cheering on Cole Henry, Daniel Cabrera, and Cade Beloso. LSU should’ve been in the hunt for an SEC championship.

Instead, Mainieri is going for morning runs, looking at future midweek non-conference matchups, and trying not to remember how different the world is, when the bubble we all live in bursts and we find ourselves in a new reality.

“It almost feels like The Twilight Zone, doesn’t it? It’s so surreal,” Mainieri said Thursday in a press conference, conducted virtually with a couple dozen reporters on Zoom from Mainieri’s bedroom. “You go outside and you think life is normal. And then you come in, and you put on the news again, and you hear everything that’s going on, and you realize that it’s April, and you’re not on the baseball field.”

A baseball field is where Mainieri has spent almost every April day since he was five, either playing the game, coaching it, or watching his father’s teams from the dugout. Now, he has no clue when he’ll be back on a baseball field, because, like the rest of us, isolated in our homes by the spread of a pandemic, he has little idea of what’s next.

College baseball isn’t immune to the changes taking shape across the world, and Mainieri has his eye on a few evolving storylines.

One is what happens in the Major League Baseball draft, which the league announced last week would be at least five rounds, with a chance of more. In Maineri’s mind, that likely means sophomore Cole Henry and junior Daniel Cabrera will be selected and have the chance to pursue professional careers, but it also means that “three to five” players and recruits he considered potential picks in rounds six through 10 could be in purple and gold next season.

Add in the return of seniors Matthew Beck and Aaron George, players who will be able to come back for another year after the NCAA granted additional eligibility to seniors in spring sports earlier this week, and the Tigers have some unexpected roster balancing to do in this extended offseason – and little idea of how many scholarships they’ll have to work with, other than the 11.7 they utilize each year among 27 players.

.@LSUbaseball Head Coach Paul Mainieri spoke to the media on the afternoon of Thursday, April 2, about the impact of COVID-19 on his team, college baseball, the MLB Draft and everyday life.https://t.co/XDz5BZWsBk

Mainieri added that he hopes the NCAA will look at baseball as its own entity regarding scholarship relief, because its juniors are draft eligible, unlike other spring sports like softball or beach volleyball. After talking to LSU administrators, he thinks the team will need 2.5 to 3 more scholarships to take care of all its players next season.

“The recruiting is virtually done for this year. But it affects how we’re going to piece the roster together,” Mainieri said. “We’re looking at Plan A, Plan B, Plan C, plan D. But until we get a little bit more direction, it’s kind of hard to make any final decisions.”

As for taking care of his current players, Mainieri is staying in constant communication, and he understands how difficult it is for them to train, given the lack of open facilities and the practice of social distancing across the country. He called Zack Mathis the other day and found him throwing in a field with a friend, while Saul Garza and his father spent time building a makeshift batting cage in Texas. They all have body weight workouts and running programs provided by the LSU strength and conditioning coaches, but Mainieri understands there are more important things to worry about.

“We’re really leaving it up to them because a lot of them in all honesty are finding it difficult to find places even to work out,” he said.

Most of the time, Mainieri is focusing on looking forward. There’s only so much any of us can control at the moment. For him, that means not dwelling on the loss of a promising 2020 season or worrying too much about what the rest of 2020 may bring. It means, instead, communicating with his players and coaches, recruiting and scheduling, and preparing for a future that’s never been more difficult to forecast.

“The rug got pulled out from under us,” he said. “I haven’t spent a lot of time thinking about what’s been lost from this season as much as I’ve been spending time preparing for next season and letting that be my dominant thinking. I think if I keep thinking about what we’ve lost, that would put me into a depressive state, and I don’t want to be that way.”

There will be no baseball this April. Hopefully, though, all the Aprils to follow will be full of the game. Like the rest of us, Paul Mainieri would like that very much.