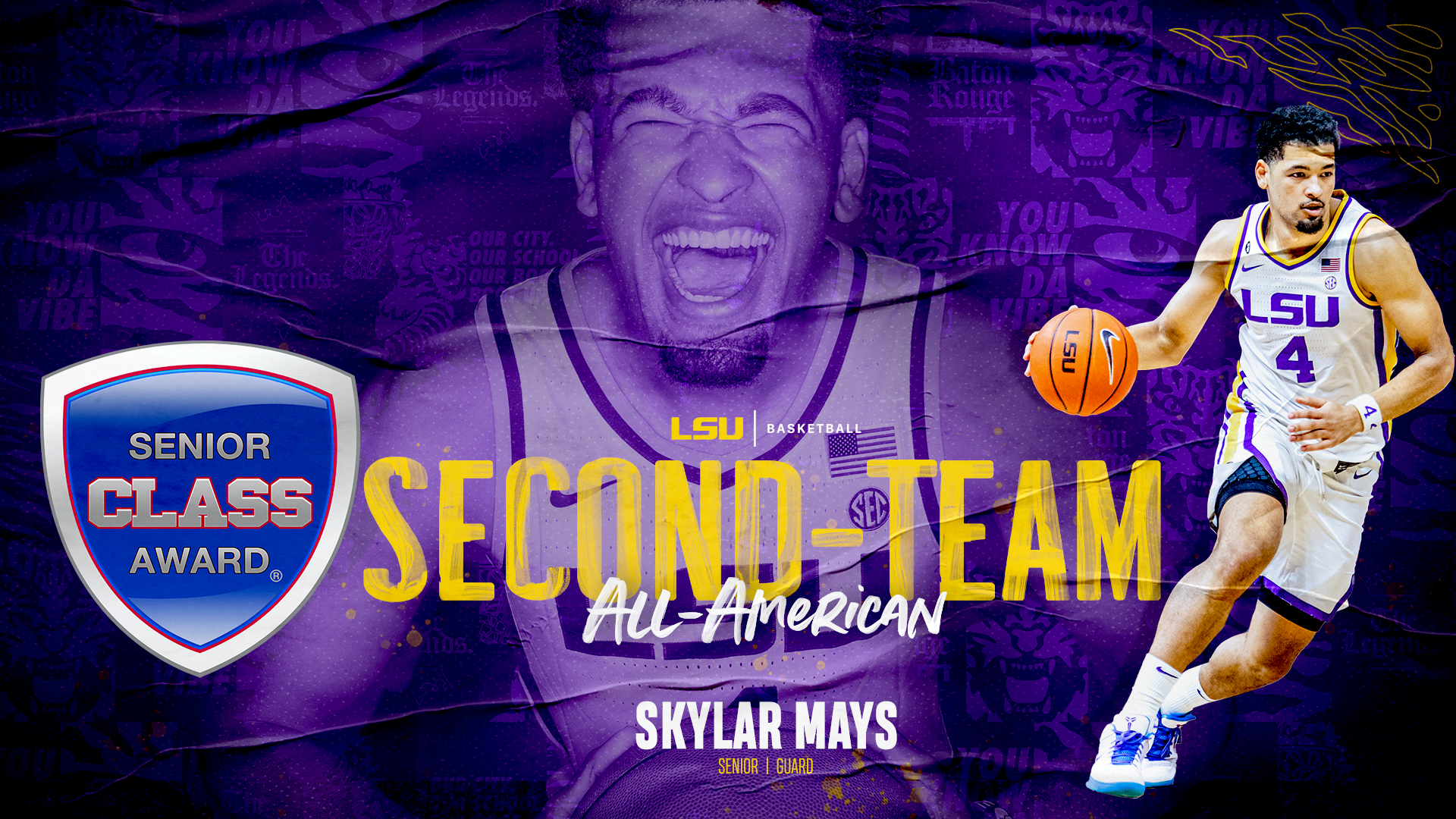 Mays was one of 10 college basketball seniors honored by the CLASS Award group for their success both on and off the court.

An acronym for Celebrating Loyalty and Achievement for Staying in School®, the Senior CLASS Award focuses on the total student-athlete and encourages students to use their platform in athletics to make a positive impact as leaders in their communities. To be eligible for the award, a student-athlete must be classified as an NCAA Division I senior and have notable achievements in four areas of excellence: classroom, community, character and competition.

Mays averaged 16.7 points per game in his senior season as the Tigers won 21 games and finished in a tie for second in the Southeastern Conference. The Baton Rouge native finished his career in the top 10 of nine career statistical categories including points, assists, steals, free throw percentage, minutes played and games started.

For more information on all the finalists, visit seniorCLASSaward.com.

ABOUT THE AWARD
An acronym for Celebrating Loyalty and Achievement for Staying in School, the Senior CLASS Award honors the attributes of senior student-athletes in four areas: community, classroom, character and competition. The award program is designed exclusively for college seniors who are utilizing their complete athletic eligibility, remaining committed to their university and pursuing the many rewards a senior season can bring. Premier Sports Management manages the award.