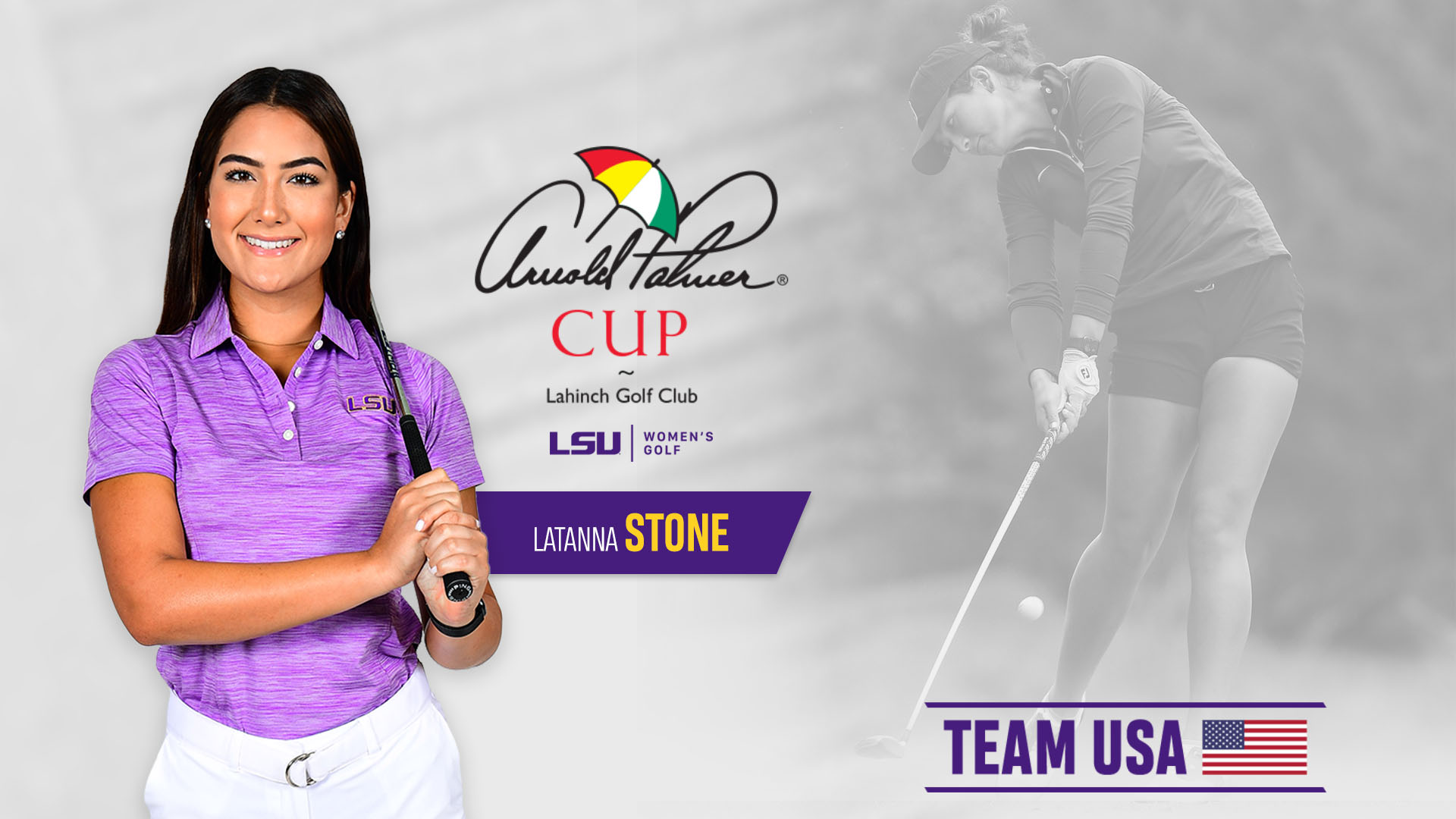 **The Arnold Palmer Cup staff is monitoring the coronavirus pandemic, seeking input from official health organizations in Ireland and the rest of the world. Player and coach health and safety are of paramount concern.** Click Here for announcement on Golfchannel.com.

Stone is one of six committee selections announced today based on the Arnold Palmer Cup Rankings through competition played through March 12, 2020. The announcement was made on GolfChannel.com.

Stone had one of the best seasons in LSU history in 2019-20. She finished the season ranked No. 38 in NCAA Division I and posted a 72.56 scoring average, ranking fifth on the LSU single season record list. Stone recorded three Top-10 finishes in six tournaments played – Battle at the Beach (T2nd), Florida State Match-Up (T5th) and Princess Anne Invitational (8th).

Stone shot a career single-round low of 5-under 67 in the second round of the Battle at the Beach to close out the Fall season on November 2, 2019. In 18 rounds played, she hit even or under par in six rounds. Her 67 ranks ninth on the LSU all-time single round list, while her 209 for the Battle at the Beach (-7) ranks ninth on the LSU tournament list for strokes under par.

The Arnold Palmer Cup is a Ryder Cup-style tournament featuring the top men’s and women’s university and college golfers matching the United States against a team of international players. The tournament, which began in 1997, continues to take place at some of the world’s greatest courses. Longtime partner Rolex is continuing its 50-year relationship through its support of the matches which will be hosted by Lahinch Golf Club in Ireland on July 3-5, 2020.

The 2018 matches at Evian Resort Golf Club became the only major tournament that features men and women playing side-by-side as partners. The United States leads the series 12-10-1, following the International Team’s victory in 2019.

For more information on the Arnold Palmer Cup selection process, go to arnoldpalmercup.com.